Protests in Bishop Auckland and Hexham 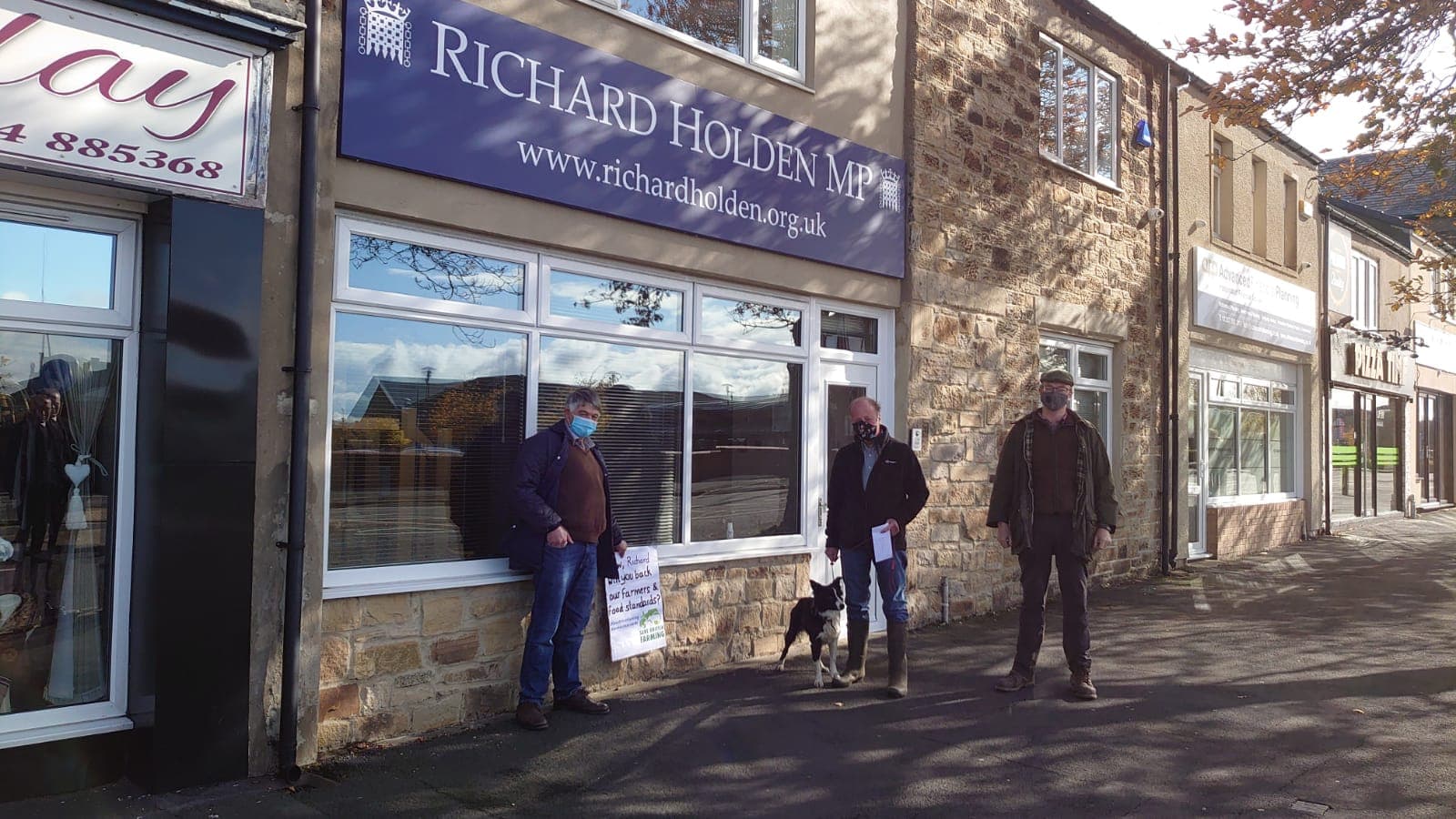 On Friday, socially distanced mini-demos were held by Save British Farming across some Northern MPs’ offices to let them know their constituents will be watching them when the Agriculture Bill comes back to the Commons on Monday. That’s when MPs will have another chance to block plans to allow imports of low welfare, environmentally-damaging, unsafe food from US factory farms – imports that threaten to put traditional local livestock farmers out of business.

One such mini demo took place in our region by a local farmer, John Emerson, who became a cult hit overnight after an unexpected rant on a live BBC broadcast in Bishop Auckland about the damage leaving the EU will do to the country.   The clip went viral on social media.

Speaking to a BBC reporter who seemed surprised by the diatribe, Emerson said most of his fellow farmers who voted to leave the EU “have actually sold up or cut back”. He added: “It’s like a turkey voting for Christmas, isn’t it?”

Emerson’s mini demo on Friday took place outside Richard Holden MP’s North West Durham office where he was joined by other local farmers to deliver a letter outlining the need to vote to protect British farming. Holden is one of the North East’s ‘Red Wall Tories’ voted in at the last election and is the first Conservative MP in the constituency’s history.   Emerson stated that Holden was in the office at the time of delivery but did not come out to accept the letter which was taken by his receptionist instead.

Back in May, Holden failed to support a rebel Tory amendment to the Agriculture Bill, if passed, the amendment would have banned US imports of food produced to lower welfare, food safety and environmental standards than those required of British farmers.

Several other mini demos took place across North Yorkshire on Friday and one in Hexham on Saturday where a large banner saying “Save British Farming” was held at the Farmers market there.  The MP for Hexham, Tynedale and Ponteland, Guy Opperman, also did not support the aforementioned Tory amendment in May.  Jayne Hamilton, who was part of this socially distanced protest said a local farmer came up to them to thank them for what they were doing.

A large tractor demo against the Agriculture Bill was also held in Stokesley on Friday and another one is planned for London on Monday.