Despite an unsuccessful bid to reopen Leamside Railway, MP Sharon Hodgson is still hopeful and says it must be kept on the table. 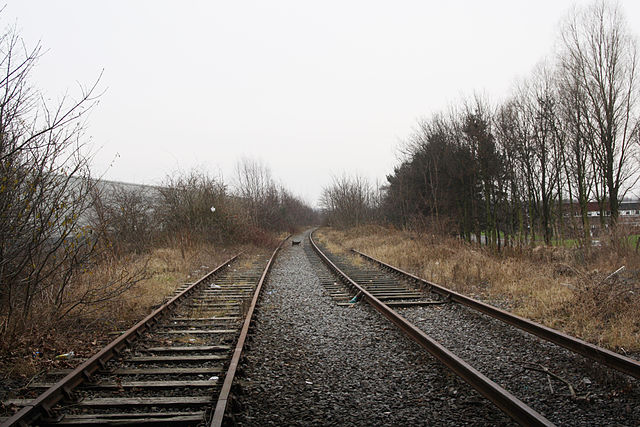 Last week the final round of successful bids from the Restoring Your Railways programme were announced by the Government in the Spending Review. Sadly, one of the unsuccessful bids was the bid to re-open the Leamside rail line. This was sponsored by Sharon Hodgson, MP for Washington and Sunderland West, and Paul Howell, MP for Sedgefield.

The line stretches from Gateshead, turning south at Pelaw through Washington, Penshaw, Fencehouses, West Rainton, Belmont and Shincliffe before merging with the East Coast Main Line at Ferryhill, providing vital connection within these communities and in the wider Tyne and Wear, Durham and beyond to Teesside.

Through merging with the East Coast Main Line it would also increase the capacity of this national rail corridor by 50%, meaning more passenger trains and freight trains are able to transit through our region contributing to national infrastructure and the Northern Powerhouse.

The reinstatement of the mothballed line has support from local authorities and infrastructure bodies, such as the North East Chamber of Commerce, Transport for the North, Transport North East, and the Northern Powerhouse Partnership.

Sharon Hodgson MP has long campaigned to bring back rail to these communities, especially to the town of Washington in her constituency which has over 70,000 residents and is one of the largest towns without a rail link in the UK.

In March, Sharon submitted a petition to Parliament which had gained over 1,800 signatures in two weeks, calling on the Government to re-open the Leamside line and bring rail back to Washington.
Sharon said:

“This is a vital project which would improve the connectivity capacity for our region to address the socio-economic inequality that continues to grow.  The detail in the bid shows that this could be a golden ticket towards genuinely levelling-up and improving our communities here in the North East.

“It is therefore a big blow to the campaign that this bid has been unsuccessful; but it was not the be-all and end-all and now is not the time to try and point score. Instead, we must ensure the case for Leamside remains on the table.

“Wider studies on the Leamside line are already underway and political weight is behind it. Similarly, the Integrated Rail Plan is due to be released soon.

“I have campaigned on bringing back rail to Washington since 2005, and it is now firmly on the political agenda for our region. We just need the money from central Government. This campaign has not reached the end of the line yet.”

Paul Howell raised Leamside at Transport Questions and in the post-Budget debates this week, while Conservative MP for Darlington Peter Gibson, and Labour MP for Jarrow Kate Osborne both raised the re-opening of the Leamside line at PMQs on Wednesday.
Paul said:

“The Leamside line is critical in developing a local transport network to support economic growth in our region through connecting people to work and leisure. It joins up the gap between places like Ferryhill and Washington to Sunderland and Newcastle.

“It is more than that though, it is the mechanism by which we enable capacity on the East Coast Mainline to deliver better and faster connections between London, Manchester, Edinburgh and the North East.

“In my previous roles as a Durham Councillor and now as the MP for Sedgefield I have been a constant supporter of this project and will continue to press hard for its delivery in full.”

Sharon and Paul have met and jointly written to the Transport Secretary and the Chief Secretary to the Treasury ahead of the Integrated Rail Plan.