“The speed and ability of the UK government to tear up an international agreement ... is incredulous." 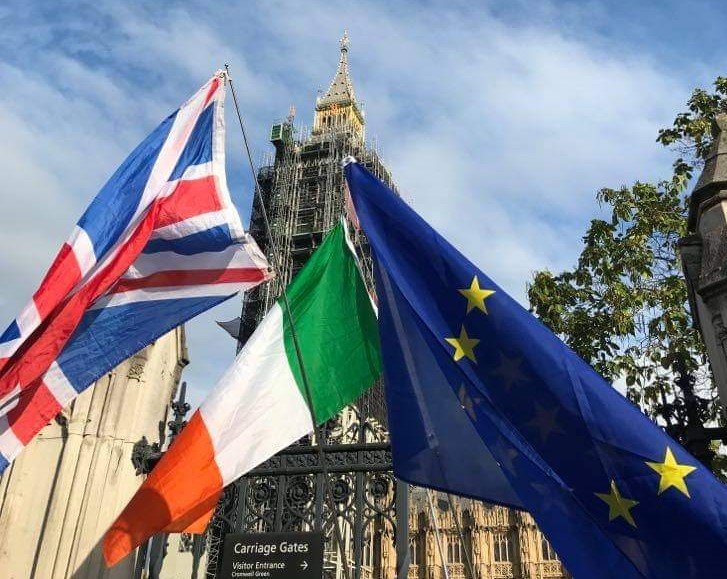 Yesterday a group of protesters with Irish, British and EU nationalities went to London to highlight their belief that the rewriting of the Northern Ireland protocol is not democratic.

Some came from the group, North East for Europe, representing the region’s Irish community.

“We were out protesting yesterday as it is horrifying to see that peace in Northern Ireland is being put in danger right in front of our very eyes.”

“The speed and ability of the UK government to tear up an international agreement they have signed and to boast about it… is incredulous. It is becoming clearer by the hour that the government had no intention in sticking to what they signed

“As an Irish person living in the UK, it’s essential for me to protest and highlight to all who passed by the gates of Parliament yesterday, including the press, that this behaviour is not acceptable.”

“It the midst of the all the politics and one upmanship, we must  remember that the people of Northern Ireland  have become mere pawns in these political battles and that the peace process is now under a severe cloud.

“[I give my} deepest gratitude to all who support me in the fight to ensure peace continues in all parts of the UK and Ireland and [uphold] the Good Friday Agreement.”

The NI protocol agreement was signed off by Lord Frost himself last year.

Now it seems he wants to rip it up, threatening peace in Ireland.

Talks between the UK and EU resume today in London.

The protestors joined the regular Westminster SODEM group with Steve Bray and others.