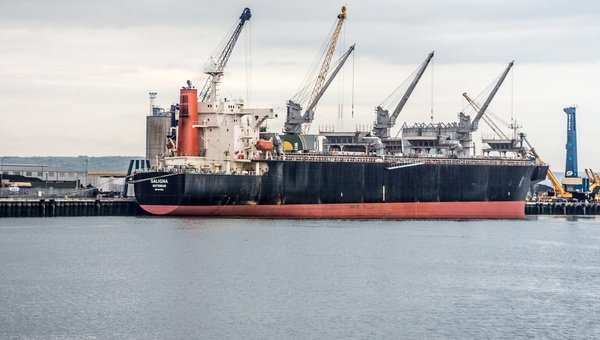 When the UK joined the then European Economic Community in 1973 it was not at all surprising that the Republic of Ireland became an EEC member at the same time. The UK and Ireland were closely linked economically and both countries were committed to the common travel area between them and were conscious of the need to build links, not create barriers, between the two parts of the island of Ireland.

It was little short of tragic therefore that in the ill-informed and misleading debate surrounding the 2016 EU Referendum virtually no attention, outside Northern Ireland itself, was paid to the consequences of leaving the EU on Northern Ireland and on its relationship with its neighbours in the Republic.

To give credit to Teresa May, her approach with a backstop arrangement was a more workable solution than that of Boris Johnson. His pandering to the Eurosceptic obsession with the UK exiting the EU Single Market ended up leaving Northern Ireland in the Single Market and therefore with no EU border within the island of Ireland. This created instead an EU trade border within the UK’s own internal market, down the Irish Sea.

In announcing his deal the Prime Minister claimed that there would be no checks on goods travelling between Great Britain and Northern Ireland – a claim which given both the text of the agreement and the huge problems which have arisen in trade since signing it has turned out to be utterly false.

We have all seen in the press the many stories about the problems of sending various food products from Great Britain to Northern Ireland. This includes the publicity about the so-called ‘sausage war’!

As well as food products there have also been worrying problems surrounding the supply of medicines to Northern Ireland.

Here in the North East, some of the difficulties our firms faced were documented in the study carried out by the North East Chamber of Commerce. This found that many firms who had never thought of themselves as exporters before suddenly found that Northern Ireland was no longer part of their home market.

Examples included a firm which experienced an additional cost of over £100,000 in the first quarter of 2021 simply for transporting their products to their outlets in Northern Ireland. Many food products were impacted to the point where trade simply stopped.

Overall it has been estimated that 200 British firms have now ceased supplying Northern Ireland with goods altogether.

It could even be argued that the Northern Ireland Protocol stands in contradiction to the 1998 Good Friday Peace Agreement which contains clauses referring to the importance of key decisions affecting Northern Ireland being taken on a cross-party and cross-community basis. Such cross-party agreement has not existed as far as the Protocol is concerned with Unionist parties being mostly strongly opposed to it.

This was despite the government trying to persuade its DUP Northern Ireland allies of the benefits of the deal and to back it. Indeed, incredibly, Priti Patel tried to use the argument in seeking to sell the deal that Northern Ireland would ‘get the best of both worlds’ by belonging to both the EU Single market and the UK’s internal market at the same time, thereby admitting (in contradiction to her own government’s policy) that membership of the EU’s Single Market was a good thing!

The continual difficulties in implementing the Protocol have now caused the government in the person of Brexit Minister Lord Frost to admit it is not working although he blames the European Commission for this rather than his own government which freely signed up to it – and trumpeted it -in the first place.

Nonetheless, at the moment it is a good sign that both sides recognise the problems and the need for change although the British government’s insistence that the European Court of Justice can have no role in dispute resolution is unhelpful and ignores the fact that the ECJ has always had a role in safeguarding EU Single Market rules.

While many politicians and many business representatives rightly foresaw the inherent contradictions contained in the Protocol and the practical problems they would cause, one issue which has not been clear is whether the government knew such disruption would occur when they signed up to the Protocol or whether they simply had not read the small print or realised what it was they had agreed to.

Until recently most assumed that Boris Johnson with his reputation for inattention to detail had simply not understood the details of his own deal but that assumption has been cast into doubt this past week by allegations from both Dominic Cummings and Ian Paisley junior, MP who both claim that the Prime Minister signed the Protocol but said privately to them that he would disregard it in practice.

Meanwhile even if, as we all hope, recent measures will alleviate the problem of the Protocol it should be remembered that the Protocol has to be approved or rejected by the Northern Ireland Assembly itself in two years time in December 2024. So even if the current difficulties seem to be easing the Protocol’s potential for causing political and economic discord may unfortunately not have vanished for good.

Indeed, when considering the Protocol alongside all the other trading and supply difficulties confronting the UK at the moment, I am sure I am not alone in deploring and regretting our exit from the Single market and the Customs Union which all British governments had supported as being firmly in the UK’s interests right from 1973 to 2016!

Cancer and immunotherapy, a personal story: we need experts!