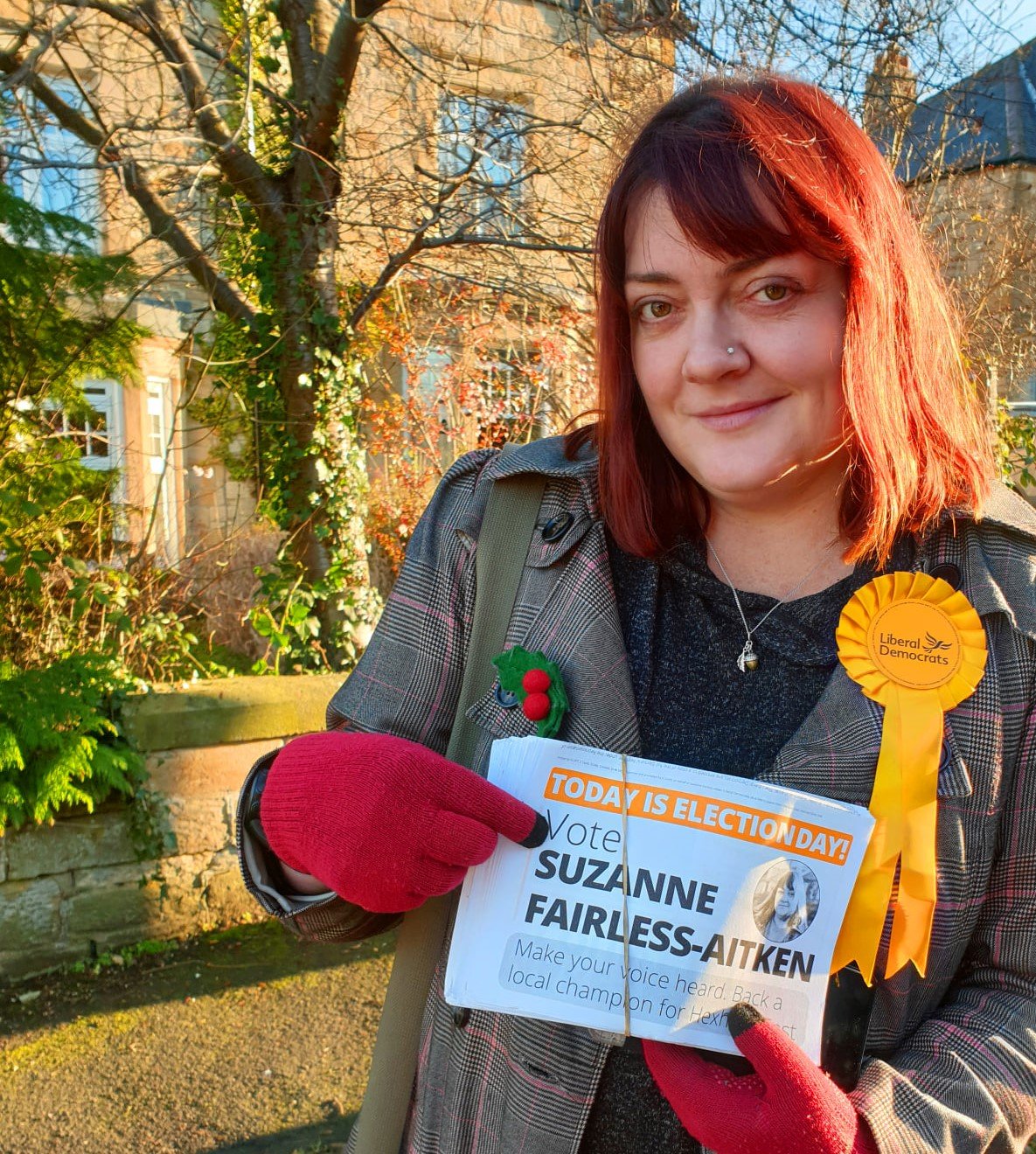 Liberal Democrat candidate Suzanne Fairless-Aitken has won the Hexham East by-election this week. Suzanne won 584 votes out of a total of 1,235 votes cast. Councillor Cath Homer had resigned from the ward last month, taking away the Conservative overall majority on Northumberland council.

Turnout was 34.5%. Here are the votes for all candidates:

I was sensing a lot of apathy on the doors and a lot of disillusioned Tory voters, which has helped the campaign, but there were also more votes cast than last time.”

The Lib Dem win in Hexham East comes at the same time as a resounding win for the Lib Dems in the North Shropshire by-election. Here, Helen Morgan overturned a huge Tory majority and won by almost 6,000 votes. This was the seat previously held by disgraced Tory, Owen Patterson.

Although the Conservatives have lost overall control of Northumberland County Council, they are still the majority party. The overall makeup of the council is now

A party needs 34 council seats to have overall control in Northumberland.

Women asylum seekers are not criminals: say no to Hassockfield (Derwentside)