Despite mounting evidence from environmental experts as well as economists, the nuclear lobby still holds sway at government level in many countries 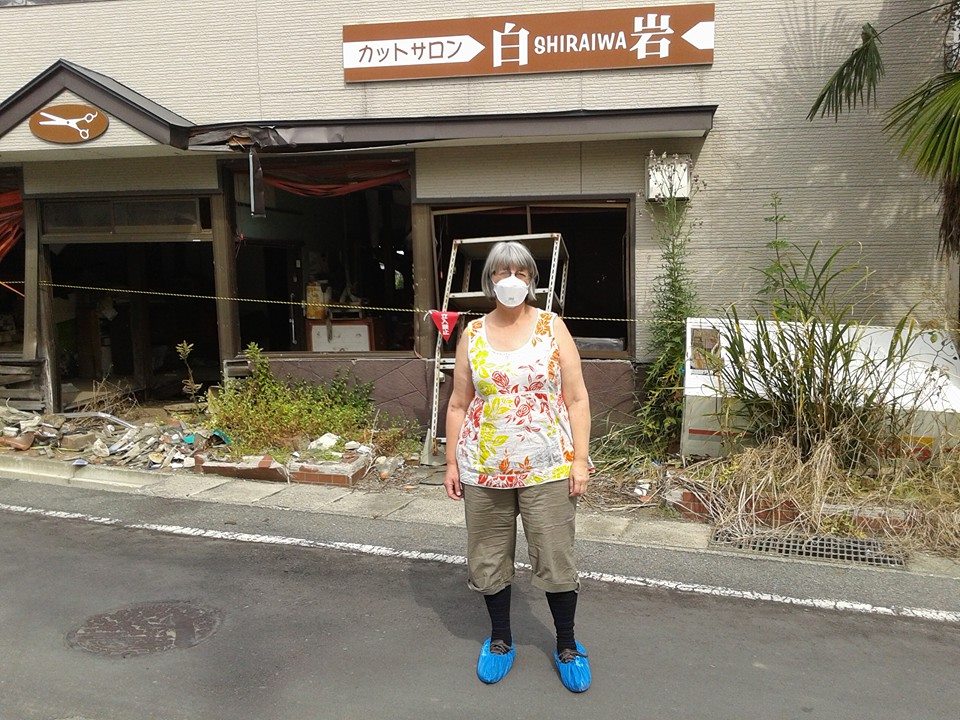 On 11 March 2011 a huge earthquake off the coast of Japan cased a Tsunami that caused devastation to the north east coast of the main island. The nuclear power plant at Fukushima was inundated causing a power failure and a meltdown of three reactor units, resulting in radioactive leaks into the atmosphere and the water.

In the aftermath of what was the world’s worst nuclear disaster since Chernobyl, the Japanese government shut down all of its nuclear power plants, for maintenance and safety work. Alarmed by the media fallout from such a devastating disaster Germany announced that it would phase out its nuclear power programme in favour of alternative green energy. It shut down eight nuclear power stations immediately, and planned to phase out all nuclear power altogether by 2022. In the meantime, other large European states like Italy, and even France, announced they would reduce their nuclear energy output, while the last of Belgium’s ageing nuclear reactors are due to shut down by December 2025 in line with a 2003 statute.

Meanwhile, the UK government seems hell-bent on a different track, forging ahead with plans for several next generation new nuclear power plants. Nuclear power is not a cheap option and massive public subsidies have been poured into Hinckley Point C with favours given out to Chinese and French companies for a project beset with increasing costs, delays and litigation.

Meanwhile, the controversial Wylfa B development on Anglesey remains in limbo with various companies pulling out for a variety of reasons, including RWE and EON who decided not to continue with the development of any new nuclear power stations in the UK citing the cost of Germany’s nuclear phase-out as one of the reasons for their decision.

The debate around nuclear energy is heated, and it provokes widely differing views amongst fellow socialists with the pro-nuclear camp be-dogged by bad publicity from around the world such as the Chernobyl and Fukushima disasters, failures at Flamanville in France, dodgy Chinese technology, the re-discovery of Soviet-dumped toxic radioactive material in the Arctic, and the recent reports of a toxic bullying culture at Sellafield which risks safety concerns going unreported.

Sadly, 2015 saw the Japanese government backtrack on its post-Fukushima decision, something almost unheard of in the country’s highly formal and polite political culture where a governmental decision usually stands. Just five days after sombre worldwide commemorations to mark the 70th anniversary of the Hiroshima and Nagasaki atomic bombings, the Fukushima Sendai reactor was duly switched on amidst mass protests and, more worryingly, despite seismic rumblings nearby.

I have a particular interest in the Japanese position as I spent time in the affected area during October 2014, as part of a Green Cross Study Visit to learn about the effects of a nuclear disaster first-hand. As part of this I met with Japanese politicians in Tokyo who openly reported that the majority of their citizens did not want a return to nuclear power, so the government agreed to explore alternative possibilities. However, the enthusiasm that abounded then seems to have seeped away.

Despite mounting evidence from environmental experts as well as economists, the nuclear lobby still holds sway at government level in many countries. Yet nuclear power with its links to nuclear weapons, its detrimental impacts on health (especially in respect of women and children), the costly disposal of highly toxic radioactive waste which will fall to future generations, and the susceptibility of power plants to terrorist attack, should all make us question the wisdom of continuing on this road, especially as alternative green energy solutions are improving in design, output and cost at a rapid rate.

Given that public opinion was clearly in favour of a non-nuclear future, the U-turn by the Japanese government represented a huge blow to democracy and civil society. Naoto Kan, the Japanese Prime Minister at the time of the Fukushima disaster, resigned in the wake of what happened in Fukushima, saying, “Japan needs to dramatically reduce its dependence on nuclear power.”

Kan is a powerful figure in the anti-nuclear debate and an embarrassment to the neo-liberal political class who seem to have been bought off by the big power companies, pursuing a “There is no alternative…” argument. Kan came to the UK in 2016, where he addressed the Welsh Senned, the local authority on Anglesey and met local campaigners from People Against Wylfa B including a farmer fighting to retain his land.

People Against Wylfa B inaugurated a twinning arrangement with the people of Fukushima during Nuclear Free August in 2015 and I sent a statement of support based on what I had learnt from the Green Cross trip.

I have been to Fukushima Prefecture, to within a few kilometres of the crippled reactor, where cosmetic decontamination exercises resulted in bags of topsoil lying around in plastic bin bags that are doomed to split and spew their contents in a couple of years. The people employed to do this painstaking work with hand-trowels were amongst the poorest and most desperate in Japan’s society, swept up from the places where unemployment is high with little choice of work options.

Further inland in Fukushima City itself, I met young mothers trying to amuse their children in well-meaning community centres where indoor play had become the norm since radioactive ‘hotspots’ in the local park meant that public spaces were out of bounds. I also visited a community centre in a trailer park where hundreds of nuclear refugees were living in temporary accommodation, often split up from family members.

One woman told me that her husband was in hospital, suffering serious mental illness as a direct result of dislocation from his normal life and home environment. Another wept, wringing her hands, as she told how she felt the guilt and shame of the accident, as if it was her fault for living close by. Now she could no longer visit the graves of her ancestors buried in the village cemetery and she felt as if the threads that bound her and her grandchildren to their identity had been cut. There is nothing that will ever compensate for this deep traumatic loss.

Whilst some Fukushima refugees have been allowed to return home, some villages are still not on the list of decontaminated safe places and it is unlikely they will be deemed habitable for decades. Other refugees do not want to return fearing lingering radioactive contamination.

Chernobyl, the site of the world’s worst nuclear disaster in April 1986, is 130 km north of Kiev and still largely uninhabited more than three decades on. I visited Chernobyl in 2018 as part of a European Parliament delegation to view the new safety shield covering the damaged leaking reactor and to open a hospital for the victims of radiation including children born after the disaster. I was pregnant with my first child when the radioactive clouds swept westwards across Europe. I remember my mum calling me on the phone and telling me not to drink milk as it might be from cows eating grass in the rain-soaked fields of northern England. The global reach of radioactive particles means that regardless of where nuclear plants are situated we are all at risk of ingesting contaminated food or breathing toxic air.

The baby boy I gave birth to was a healthy child but others were not so lucky, and disabilities and birth defects still manifest in many children born in the locality. In an effort to give Chernobyl children a clean air holiday Linda Walker established a charity to raise money to bring young Belarusians to the UK to be hosted by families during the school holidays. In my local town of Crook in County Durham there is a charity shop dedicated to this cause.

Showing solidarity and compassion is just one of the ways ordinary people can demonstrate their support for the innocent victims of nuclear disasters. Meanwhile, we should continue to lobby politicians to ask questions about the real long-term costs of state subsidised nuclear power to both the public purse and human health.

“It is a time for revolution, not for patching”: we must talk about the right to food