We should not need foodbanks. But while we do, please donate to NUFC Fans Foodbank to help people in the North East. 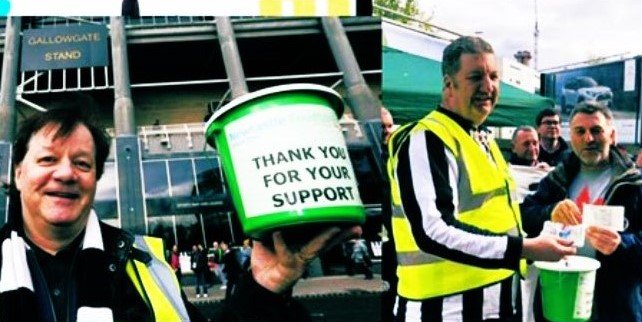 They say that the return to normality doesn’t seem real yet. That the 18 months of Covid-19 which has left thousands dead, millions ill, and all of us affected is still too recent and too raw. Yet Newcastle United kick off against West Ham at 2pm on 15 August, with all fans allowed back in. It seems familiar, but remote.

When will it feel real?

Maybe things will feel real when Wilson scores that winner at the Gallowgate and we remember that collective roar of unity and triumph. Maybe we’ll remember that football is so wonderful because it allows us to forget the daily worries of life?

I know, because we are all fans, that people don’t seem positive about this new season. Ticket sales are down, people have changed habits of lifetimes, football isn’t relevant when faced with family members suffering and dying. The ‘takeover’, the lack of signings, the lack of confidence in management and ownership has become a recurring depressing theme. Most seriously though, we have lost confidence in ourselves. We fear the future, we argue in places least suitable for nuance and understanding, like social media. We lack unity and we lose spirit with squabbling and people are sickened.

But I’ll tell you what is real and sickening. A father in Benwell coming home from work with just enough for the rent but not enough for food, a mother in Byker who can’t afford nappies for her baby, people going through redundancy who don’t have savings being forced to wait five weeks for benefits, a cut in October of £20 to Universal Credit when heating, clothing and footwear are needed to keep out the Tyneside winter chill…that stuff is real. Really real.

So we need you all to show your united response against adversity which has always characterised the people of the North East. We need the support and goodwill of the NUFC family, players, management, media, and especially fans. We need your help.

We’ll be outside St. James Park, starting with the Norwich friendly and then the West Ham match and all home matches this season. We’ll be having a public meeting in September where we’ll discuss how to end Foodbank dependence – The Right to Food, Living Income and the West End Foodbank’s Pathways Programme. As soon as we don’t need to do this we’ll tell you because Foodbanks should be a memory by now. But they’re not. They’re here and people, your friends and neighbours need them.

We need you now. United.

Howay the Lads, and Lasses!