I was observing the USA elections as part of an international virtual civil society mission under the auspices of Democracy Volunteers. 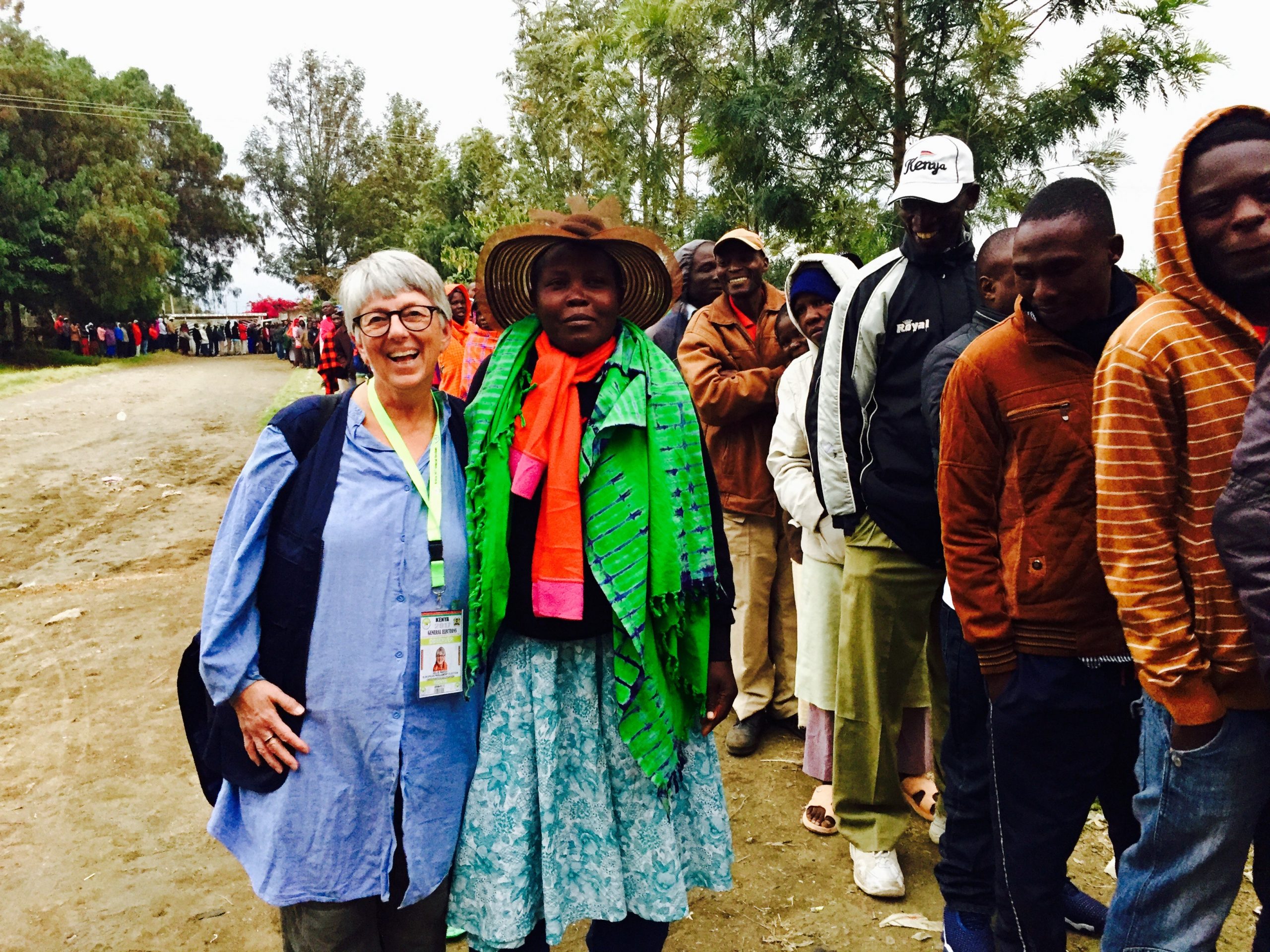 Election observation is increasingly important as a tool for improving democratic processes and has been been key to increasing voters’ trust in many countries. I was lucky enough to participate in several parliamentary Election Observation Missions during my time as a MEP. These were short term missions organised by the European Parliament’s Democracy Support Unit, but the EU also organises long term election observations as part of its External Action Service.

The EU has a bench-marking system and a standardised process grounded in humanitarian law that looks at broad issues such as campaign financing, voter education, gender equality, disability access, security of the vote, press and media bias. Of increasing concern in recent years is possible election interference, particularly by hostile foreign powers. Here in the UK, the 2016 referendum was a Kremlin target as were the French Presidential elections and the Dutch referendum on Ukrainian visas. Whilst the EU is taking steps to address these concerns, the British government appears laissez-faire, preferring to park the issue in order to ‘get Brexit done’.

I observed for the European Parliament in ‘fragile democracies’ where electoral law is generally still in need of development and election violence all too frequent. In post-conflict countries tribal politics often still prevails with political dynasties and big business able to steal a march on emerging political parties by commanding the airwaves and huge swathes of the press. However, in all the countries where I observed – Kosovo, Kenya, Kyrgyzstan, Pakistan and Madagascar – I saw huge numbers of citizens energised by the process of democracy, often waiting in line for hours in order to exercise their fundamental right to vote.

In Kenya, where the polls opened at 6am, women with babies on their backs queued up in the dark to vote before going to work in the flower fields. In remote Kyrgyzstan near the Chinese border I saw advanced electronic vote-counting in action. In Kosovo a new progressive political party bucked the trend and energised the youth vote with huge outdoor rallies and popular musicians. In Madagascar presidential candidates battled it out with two rounds and a court case before pop impresario Andry Rajoelina was declared the winner.

In the ‘Age of Coronavirus’ our democracies have been variously affected with some countries pushing ahead with elections early on in the pandemic much to the consternation of scared voters, whilst other countries have used the crisis to cancel democracy altogether. Our own local elections due to take place in May 2020 will not now happen until 2021.

Various governments’ handling of the pandemic also seems to be on trial in the ballot box. Jacinda Ardern’s competent handling of the health crisis in New Zealand has recently helped deliver her functional Labour Party a resounding victory and a welcome second term in office.   Meanwhile, Trump courted the virus with his flagrant anti-science attitude, leaving a trail of Covid-19 hotspots in the wake of his ill-advised election rallies across the USA. Trump’s diminishing popularity appeared to be in direct correlation with the increase in Covid-19 related deaths. The day after the election more than 232,000 people had died of Covid-19 in the USA with more than 9 million confirmed cases – the worst statistic in the world.

As the leading infectious diseases expert in the USA, Dr Anthony Fauci, was continuing to issue stark warnings, having already correctly predicted the devastating pandemic trajectory so far, Trump doubled down on his attacks on the medic, encouraging ‘Fire Fauci’ chants at closing rallies. It was not long before alt-right Steve Bannon, former Trump adviser, added his particular brand of bile, calling for Fauci’s beheading which resulted in Twitter finally banning his account.

I was observing the USA elections as part of an international virtual civil society mission under the auspices of Democracy Volunteers. We observed in pairs, applying the ‘four eyes’ principle, attending online events and monitoring media reports. My partner and I were assigned New York State where Covid-19 has been rife since the outset and continued to dominate the headlines throughout the election period. I also undertook some additional media monitoring of the Chicago Tribune, reading on one occasion a concerning report of voter intimidation by a ‘Proud Boys‘ flyer campaign near a polling station. Trump’s incitement of violence and his failure to disavow the Proud Boys seems at odds with a mature 21st century democracy. In my European Parliament EOMs we had security briefings which taught us how to stay alert to possible violence, and in Kenya I was given an Amref card in case I needed to be helicoptered out of Naivasha.

In Kenya the political violence extended to the state institutions with the murder of Chris Msando, head of the Electoral Board’s IT department, one week before polling day. Four years on no-one has yet been tried for Msando’s death. Meanwhile, it was discovered that  Cambridge Analytica (the data company implicated in wrong-doing in the 2016 UK referendum) had been employed by Kenyatta’s campaign and played a pivotal role in spreading misinformation and inciting hate against the opposition candidate Raila Odinga. Brexit Party MEP Alexandra Phillips had worked on Kenyatta’s campaign but was keen to distance herself from any wrong-doing. In a European Parliamentary debate about disinformation and foreign interference in elections I reminded Ms Phillips of her work with Cambridge Analytica in Kenya. She was none too pleased with my intervention.

During the course of my observations of the USA elections I attended a number of events on disinformation and the important role of the media to report the facts and educate voters in the complex process of American elections, particularly the counting which could go on for several weeks. Each state has its own election laws and whilst many had implemented Covid-19 secure measures such as early voting and mail-in ballots other state authorities would not allow even health concerns to change the law on the requirement for in-person voting. Regardless, turnout was high in a highly polarised environment with the Black Lives Matter movement and young climate activists mobilising for Biden and Harris along with suburban women and other moderate Republicans for whom Trumpism is the antithesis of American values, particularly his cruel child separation policies on the Mexican border.

As I write Trump has yet to concede and his lawyers are still pursuing multiple lawsuits contesting the results in swing-states. International observers from the OSCE issued a preliminary report which criticised Trump for tarnishing the elections through his baseless allegations criticising the electoral process. Democracy Volunteers are meanwhile collating more than 4000 media reports and hundreds of event reports, amongst them my observation of ‘Fearless Chat’, an online meeting about how to use your vote to influence policy making in the legislative cycle, hosted by queer Cuban New Yorker theatre dude, Eduardo Placer, which began with an online yogic breathing session and ‘elevated sparkalation’. How I still love America!