The bill was hotly opposed by the opposition Liberals, in particular Herbert Samuel 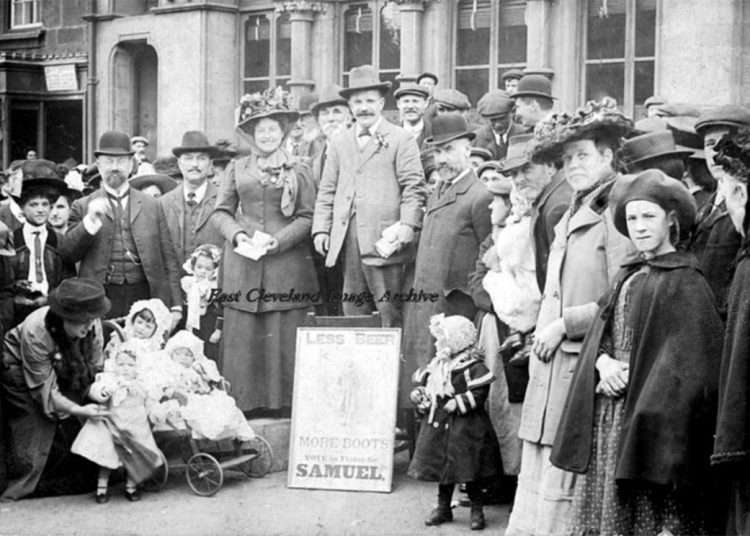 The Tory government that was in power in 1905 was very much like the one we have now, a century and one and a half decades on.  Headed by a chinless old Etonian, Arthur Balfour, it was beset by independence problems in the British Isles – then Ireland, now Scotland, was facing discontent over futile Pyrrhic victories – then the Boer War, now Boris’s “vote of confidence”. Then the government was wracked by supposedly “popular” discontent over the perceived impact of immigration from Eastern and particularly from today’s Poland and Romania. This last issue spawned a rather nasty kind of proto-UKIP backlash, and accordingly, Balfour, like Johnson, tacked sharply to the authoritarian right to counter this and to somehow try to outflank it.

The key factor was a massive wave of Jewish immigration from what is now Poland, but was then a Polish province of the Russian Empire – the “Jewish Pale” as it was called (spawning the phrase “beyond the pale” which, although no-one now knows it, was then an offensive racist epitaph). This exodus followed the pogroms unleashed by the Russian state following the assassination of Czar Alexander in 1879, pogroms which intensified at the turn of the century after Russia was defeated by upstart Japan in a Far Eastern war. Refugees and asylum seekers from the pale arrived destitute and dispossessed at many British ports (including Middlesbrough and on the Tyne and Wear) and moved to form settlements in most of the major industrial towns, and in particular, East London.

This led to a backlash from many native British, feeling alienated and isolated in their own neighbourhoods and a new protest body, the “British Brothers League” emerged to eat on the passions of this openly anti-Semitic backlash.  Many Tory MPs backed this group, and accordingly, this pressure forced Balfour to introduce the first ever immigration bill in the Commons.

There it was hotly opposed by many of the opposition Liberals and especially by many of the Liberal Party’s younger members, on grounds of principle. (It is interesting that the only two open Labour members sitting in the house at that time, Keir Hardie and Barnard Castle’s MP, Arthur Henderson, did NOT make common cause here, preferring instead to see the bill as an excuse to introduce “registration” of workers, so protecting British workers against possible foreign supplanters, rather than tackling the broader moral and humanitarian issues).

One of the most passionate speeches at the third reading of the Bill was the Cleveland Liberal MP, Herbert Samuel, an “advanced Liberal” who served his party with great distinction through most of the 20th century, only making his last speech in the Lords as late as October 1961. Here is an abridged transcript of that speech, which reverberates with passion on human rights, the concept of asylum and simple decency.