Overcoming the academic-vocational divide in the north: could University Technical Colleges (UTCs) be the answer? 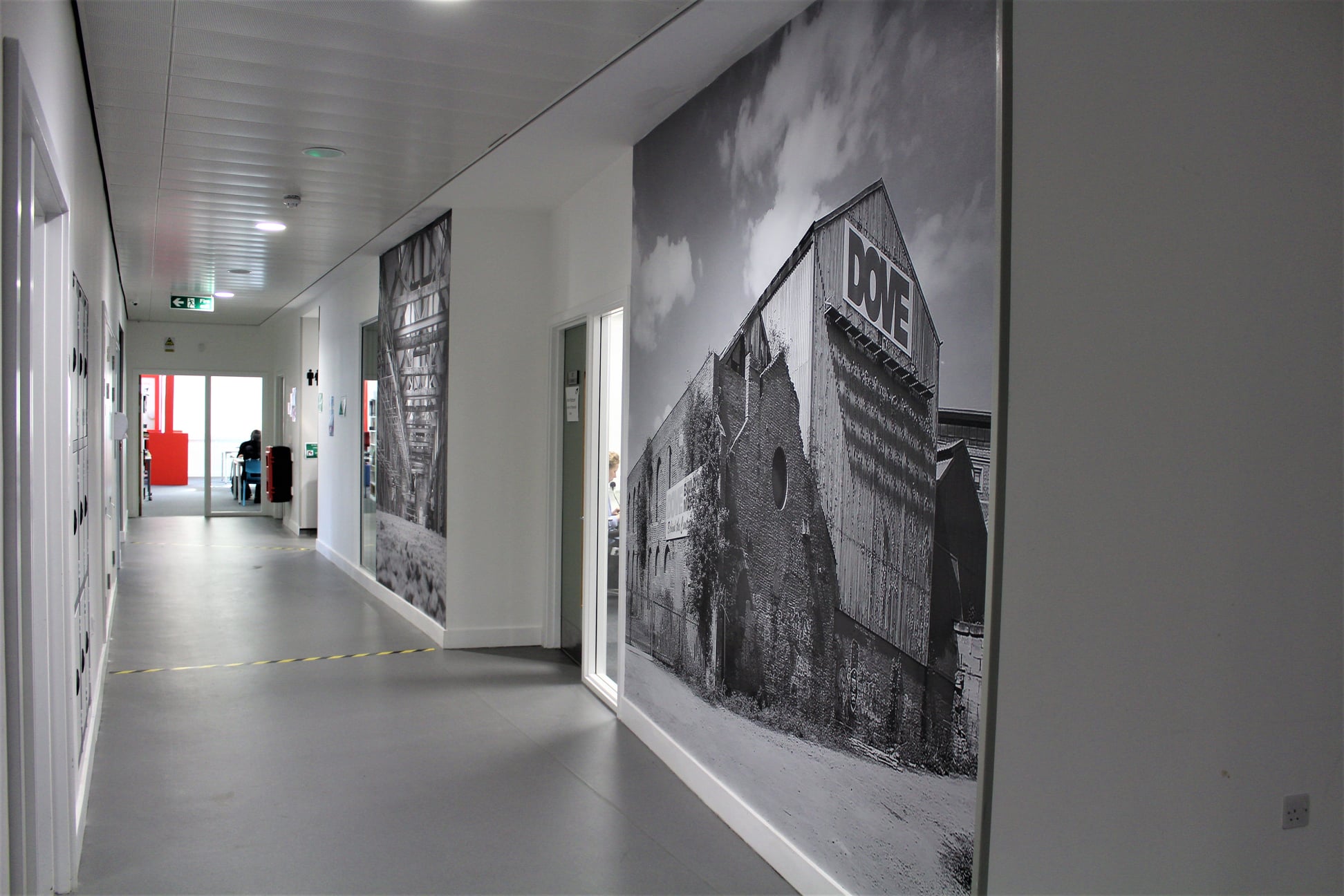 The display at North East Futures UTC in Newcastle, showcasing the history and construction timeline that helped create their impressive building. Photo used with permission.

If we are to overcome the divisions in society, all ned to be valued. We should stop talking about social mobility as a way of ‘rescuing’ people from working-class backgrounds and place more emphasis on valuing the full range of worthwhile occupations. (Barnaby Lenon, ‘Other People’s Children 2018).

The academic-vocational divide has bedevilled the UK’s educational system since Victorian times. Vocational and technical education has for over a century been perceived as second best to a traditional academic curriculum by Britain’s elites. For the ‘left behind’ urban towns of the North to prosper we must escape this mindset and give the ‘new vocationalism’ the status it deserves. University Technical Colleges (UTCs) may be the answer.

As long ago as the Great Exhibition of 1851, weaknesses in Britain’s technical education had been noted by several commentators compared with Germany. Rab Butler’s Education Act of 1944 established a post-war tripartite system of grammar schools, secondary moderns and technical schools. In reality what UK society got was a divisive bi-partite system with technical schools seen as the poor relation. Few were built by local authorities after the war.

Although further education colleges have delivered the bulk of technical and job-related training from the age of 15 (16 from 1972) through day-release apprenticeships, City and Guilds, NVQs, GNVQs and Btec type certificates/diplomas, the sector has at least been recognised by Britain’s ‘political class’. For David Goodhart in his important book, ‘Head, Hand and Heart: The Struggle for Dignity and Status in the 21st Century’,  FE is still viewed by some private school and Oxbridge educated ministers and top civil servants as the cinderella service for ‘other people’s children’.

Of course, the FE sector still has a vitally important role to meet the needs of a fast-changing regional economy and to address the aspirations of thousands of young people. Contrary to popular belief, many working-class boys and girls still want to be builders, mechanics, train drivers, airline cabin staff, firefighters, social workers, nurses and beauty therapists. It was partly for this reason that UTCs came into being.

UTCs were the brainchild of Lords Baker and Dearing over a decade ago. They still command cross party-support. Their mission was to help grow the ‘talent pipeline’ by providing ‘the next generation of engineers, technicians and scientists’. Designed for young people aged 14 to 19 UTCs were to deliver a predominantly vocational education alongside academic subjects. Backed by large employers and the ‘new’ universities (former Polys), UTCs aimed to give young adults the technical skills that industry needed.

They focus on technical specialities such as health care, computer science, renewable energy and marine engineering. They are non-selective and non-fee paying. They have a longer school day, starting at 8,30am and finishing at 5.00pm to give their learners the ethos of a working environment. There are now 52 UTCs with two in the North East – one in Newcastle city centre and the other in South Durham.

Yet their implementation has been uneven and patchy with some hit by closures, poor recruitment, negative Ofsted inspections, bad press, below average GCSE results and a stark gender imbalance with an under-representation of young women. Till recently, UTCs have struggled to recruit pupils aged 14. Few pupils want to change schools having made friends from the age of 11. With funding a priority few schools want their students to leave. Most schools start their GCSE courses in year 9 therefore some pupils are reluctant to change school for a UTC.

There’s some evidence to suggest that youngsters who attend UTCs are more likely to come from low-income family backgrounds having made weak progress in primary school. The low progress and scores of children failed by a traditional educational system hinders Ofsted ratings further. By 2016, six out of 10 UTCs had been rated by Ofsted as ‘inadequate’ or ‘requiring improvement’. Between 2013 to 2017, seven UTCs closed, despite costing £10m to set up.

For the radical left they have been dismissed as vanity projects that don’t work. For others they were brought in too quickly without adequate preparation and planning. But that doesn’t mean they are a bad idea. As Lenon argues ”we need to value head, hand and heart, not just cognitive ability.” For some learners a conventional middle-class academic education, manifested in a rigid national curriculum is a big turn-off by the time they reach 14.  Aspects of this curriculum can devalue working class culture and experiences. Some under-achieve, especially working -class white and BAME boys. Kids of low-skilled parents still leave school with poor or few meaningful qualifications.

According to Major and Elliot in their book, ‘Social Mobility and it’s Enemies’, hundreds of thousands of young people leave school without basic literacy and numeracy skills. Others simply don’t turn up for school and end up as young NEETS (Not in Education, Employment or Training). A more vocational type curriculum combined with some academic subjects may meets their needs and cut absentee levels at the same time.

UTCs working in partnership with general FE colleges, apprenticeship agencies, local councils and devolved combined authorities like North of the Tyne and Greater Manchester may be one way forward. Despite their bad press in 2018 it’s worth noting that:

In pre-pandemic days, apprentices could earn up to 270% more over their lifetime than university graduates. The average graduate earns less five years after graduation (and with a £50k student debt)  than a level 5 apprentice two years after completion. And work done by the educationalist Pat Ainley, in ‘Deceiving a Generation’, reveals that over half of graduates from ‘low tariff’ universities like Sunderland and Teeside are in non-graduate jobs.

Subjects crucial to the North’s economic success in the growing digital, green and creative industries are less likely to be studied in secondary schools. According to the qualifications watchdog, Oqual, the number of GCSE entries in design and technology dropped by 42%. Entries in ITC have fallen too. The number of entries for BTEC National level 3 in engineering has collapsed to just 10% across England. T-levels, to give parity of esteem to A-levels, have just come on stream. Yet few parents, kids or SMEs are aware of them at the same time that the business community complains of skill shortages.

To help overcome pervasive and misguided endemic class snobbery over the value of trades, skills and socially useful jobs like retail workers or delivery drivers, UTCs need to be supported by all to become high quality, high status provers of technical and vocational education. As Lenon points out they are ‘a good idea’.  Alongside the FE and adult education sector they have a crucial role to play in a post-Brexit economy outside London and the South East.