83% of Unite workers reject offer that would leave them £1.000 worse off per year 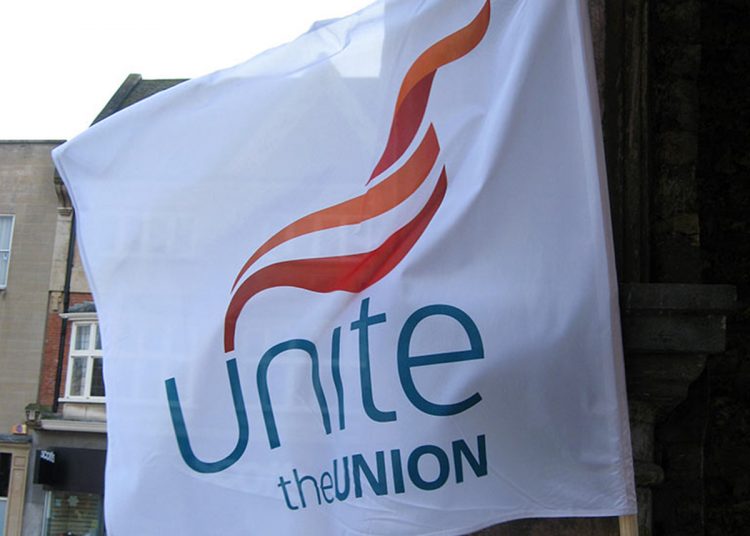 "Flag of Unite the union" by baltine is marked with CC BY 2.0.

Workers at major housing association Thirteen Housing Group, which has over 35,000 properties in the North East and Yorkshire, will be striking for over three weeks in a dispute over an “insulting” 3% pay offer and pension changes that will leave them £1,000 a year worse off.

Anger from the workers

The workers, members of Unite the union, are responsible for property maintenance and admin. They are being offered an extra day’s holiday on their birthday but are being hit with increased pension contributions. The combined effect of the proposed pay and pensions’ changes will be to leave those in the pension scheme about £1,000 a year worse off.

Anger has also been fuelled by Thirteen’s CEO, Ian Wardle’s pay package worth more than £200,000 a year. The housing association has a surplus fund target of £31 million, which is predicted to grow this year to £47 million.

Unite the union said its members had voted by 83% for strike action.

“It is the same old story here – Thirteen Housing Group has millions in the bank and a handsomely paid CEO, but it’s pennies on pay and pension attacks for their workers.

“Thirteen Housing would be wise to heed this resounding vote for strike action.  It reflects the anger of our members who won’t accept an insulting three percent on pay when real inflation is running at almost four times that rate.

“The group has multi-millions in surplus cash in the bank, so Thirteen Housing can easily afford to meet our members’ fair demands. Their CEO is among the best-paid housing association bosses in the country

“Unite fully supports our members’ industrial action in their fight for pay justice.”

The strikes are set to be held as the retail price index (RPI) rate of inflation is running at 11% and with some experts predicting that food prices could soar by 15% this year.

“It is nonsense for management to claim the combination of this pay offer and a day off for your birthday amounts to 14.8 per cent – this is patently incorrect.

“Management needs to return to the negotiating table with some realistic proposals, otherwise they will have to deal with a growing backlog of repairs as our members take strike action.”