Work has started on the business park at the airport. Could it turn the airport's fortunes around? And who thinks it's a good idea to encourage H.M. Treasury to set up home there? 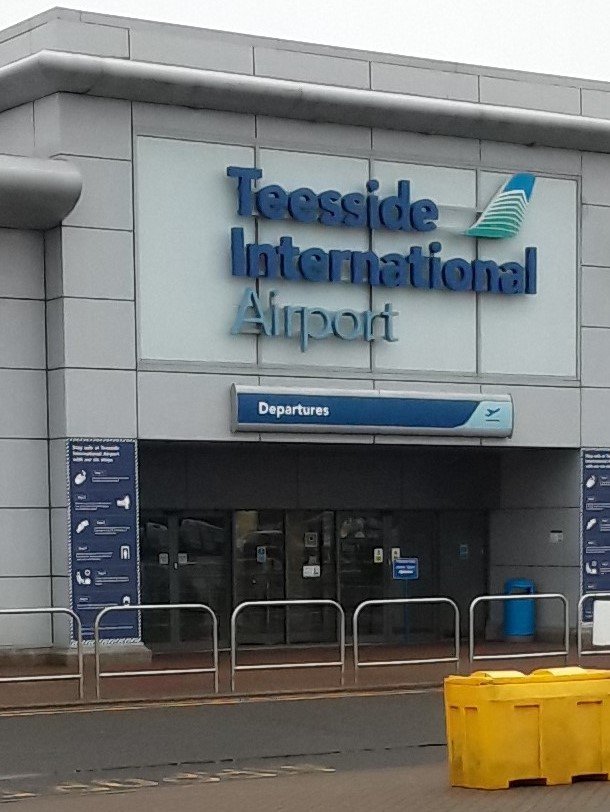 Work has started on the business park at the airport.  Could it turn the airport’s fortunes around?  And who thinks it’s a good idea to encourage H.M. Treasury to set up home there?

Teesside Airport is a vitally important strategic asset for the economic regeneration of the Tees Valley. In addition to the jobs that it creates directly, it has indirect benefits in terms of jobs created in sectors of the local economy that depend on good connectivity and has a catalytic impact on the region by increasing various kinds of economic activity, such as tourism. And on a general level, poor connectivity has a depressing effect on business as a whole.

The project’s naysayers, some of whom continue to maintain that the land should be turned over to housing development, fail to address the awkward fact that there is no serious housing shortage in this region, and there is plenty of available land to build on should a sudden shortage be just around the corner.

Tees Valley mayor Ben Houchen has set out a ten-year turnaround plan to bring the airport to financial viability. After years of decline, it was never going to be turned around overnight.  The realisation of this plan faces one serious obstacle, however, which is forecast passenger numbers.  It has been widely reported thatthe tipping point for financial viability of regional airports is two million passengers p.a. The  most optimistic projection for passenger numbers at Teesside Airport is 1.5 million. In its most successful year of operation, 2006, it served 900,000 passengers. By the tax year 2019/20 this had fallen to 150,000.

The only way to compensate for the shortfall in passenger numbers is diversification on the airport estate.  Hence the proposal to create a business park on the vacant land on the south side of the airport complex.  While the TVCA’s business plan doesn’t go as far as explicitly acknowledging that the airport will not achieve sufficient passenger numbers, it does set out go into some detail about what kind of business the authority should try to attract there and why:

“above the sectors which are likely to have a catalytic effect as a result of air connectivity are: Advanced Manufacturing, Chemicals & Energy, Life-sciences, Digital and Business & Professional services, which between them have a combined output of £4.6bn. “ business plan (p27).

Another reason for using the airport business park to house these specific industries is that they are high value, ensure a good return on investment through the rental income they generate, and they, in turn, stimulate economic growth in the region.

So far so good.

Then the news lands that the government wants to move part of the Treasury out of Whitehall to a new location somewhere in the north.The Tees Valley is one of the regions in contention. Were it to happen, it would be extremely prestigious, for which reason the prospect has generated a lot excitement in the region. And a lot of hot air. Much of it from Ben Houchen and his PR team. And what has all this to do with the airport?  Houchen begins by claiming that the only site big enough to house the Treasury is the site of the airport business park:

“Conservative Mr Houchen has been pushing the case strongly for land at the south side of TeessideAirport to be the chosen site for new purpose-built offices and previously claimed a town centre location would not be big enough for the Government’s plans.”

Houchen has recanted in recent days and has bowed to pressure, to acknowledge that there are suitable alternative sites. But questions remain. Principal among these is what might have motivated him to propose the airport site in the first place.

One thing is clear, that while the siting of the Treasury here would be prestigious, it is in no way connected to the wider airport enterprise. The airport business park is to be developed to maximise the catalytic impact of air connectivity. The Treasury does contribute to that, and its being sited on that land would detract from the true advantage that the site offers.

Does is sound as if we’re stating the obvious here?  If so, how is it that it wasn’t obvious to Ben Houchen?

Who would be the true beneficiaries of such a plan?

Well, Teesside International Airport Business Park Ltd, obviously. Part of the wider airport portfolio, and Houchen brought it all back into public ownership. Didn’t he?

Well, the business park is not wholly owned by the TVCA, as the enterprise is a joint venture between the airport company (TIAL)  and a company called Teesside International Land Limited (TILL), which is owned by two local property developers, Martin Corney and Chris Musgrave. One of the criteria that led to the selection of these developers was “ Ensuring that the developer would be motivated by driving the project to produce more rapid development as opposed to land banking; and longer term returns through a focus on a strong programme of development that would produce the economic growth.”

Now, siting a government department on this site does not deliver on the ‘strong programme of economic growth’.  What it does do, however, is provide rental income.  And the  TVCA has high expectations for the revenue of the business park:

“The assumed added value of (patient) public management of the airport property proposition could equate to 180 additional jobs and an increase of GVA per FTE of 50% per job leading to an additional £50million per annum solely for the Southside business park.” (p23)

Now, even after appropriate deductions for the TVCA’s caveats and its tendency to make optimistic revenue projections, the business park is set to generate a considerable income, which could seriously reduce the airport’s dependence on public subsidy.

We have to acknowledge, however, that establishing a successful business park demands some expertise.  And, Chris Musgrave of TILL, the developer of Wynyard Business Park, has expertise in precisely that field.  TILL, as a private enterprise, wants to see a return on its investment as quickly as possible.  It is not the responsibility of the developers to address the issues of the wider economic impact of the business park; it the authority’s and Ben Houchen’s. It is also their responsibility to ensure that the public gets value for money from its investment I the airport enterprise.

The business park, as it appears, is set to generate a considerable income. But Houchen’s first step was to turn this into a joint venture with a private company. The shareholding is split 50-50, and so presumably the revenue is split 50-50.  But on the authority’s side, the other shareholder is the airport company, TIAL, which is controlled by Goosepool 2019, in which Stobart Aviation has a 25% stake.  So, Stobart will also be entitled to some return from the business park as well.

Was this necessary to create the business park?  No. Establishing a business park demands expertise, but a joint venture partnership is not the only way to attract it.

Could Houchen have followed the example of the Welsh government?  It is up to him to explain why he did not do so.