Johnson is an inveterate law-breaking liar and we are in the midst of a second international crisis, so if not now, when? 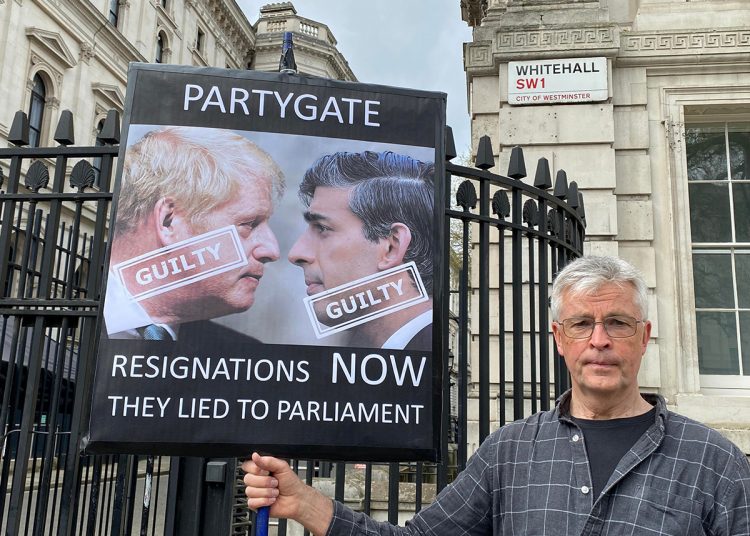 The Prime Minister pays the fine but won’t resign: this continues to dominate UK news but are they getting to the point?

This is not just about repeated partying, (even raucous allegedly), lying and rule breaking. It also goes much further than the unforgivable insult to the law-abiding public. Risible excuses, apologies and pretences of humility are transparent attempts to bat away the deeper issues. Yet why are the Prime Minister, the Chancellor, and all those defending them, not being taken to task over reckless behaviour endangering public health?

Lockdown rules concerning gatherings were fundamental measures, in line with those of other countries, to prevent the National Health System from collapsing. The Prime Minister himself was seriously ill with Covid-19 only a couple of months before his birthday party. This was not only a question of Downing Street party goers apparently believing themselves to be above the law; there should have been extra rules to minimise the risk of key political figures going down with the virus at the same time. Where was the government’s own emergency plan? Instead of stepping up to their responsibilities they just partied on.

Grovelling apologies and swift, unchallenged payments of fines by Johnson and Sunak conveniently deflect attention from the main purpose of fixed penalty fines. They are intended as a deterrent for very sound reasons. It is anti-social in the extreme to put the lives of others at risk even if you believe yourself to be immortal. Taking the punishment for breaking the law does not take that away.

Boris Johnson says: “I want to be able to get on and deliver the mandate that I have…” How is that possible when he has broken several rules of his own Ministerial Code, (of August 2019)? In its foreword, he wrote:

“The mission of this Government is to deliver Brexit on 31st October for the purpose of uniting and re-energising our whole United Kingdom and making this country the greatest place on earth.”

Setting aside the typically meaningless hyperbole from the country’s leader, the code contains important red lines for those in office concerning acting solely in the public interest, integrity and truthfulness. All of those have been crossed by him and treated with disdain. Now more than ever, public trust in the Prime Minister, and the Chancellor, of course, are essential. Surely resignations are the only way of getting on with it?

Finally, it is grotesque that, once again, the atrocities in Ukraine are being exploited for political advantage. Boris Johnson, not very long ago, absurdly compared Brexit voters to Ukrainians fighting, and dying, for their freedom. This time, he and his supporters claim that now, because of the war in Ukraine, is not the right moment for him to go. He is an inveterate law-breaking liar and we are in the midst of a second international crisis, so if not now, when?