"It is an absolutely fantastic thing for Northern Stage to do this year when the children and schools have had such a hard year." 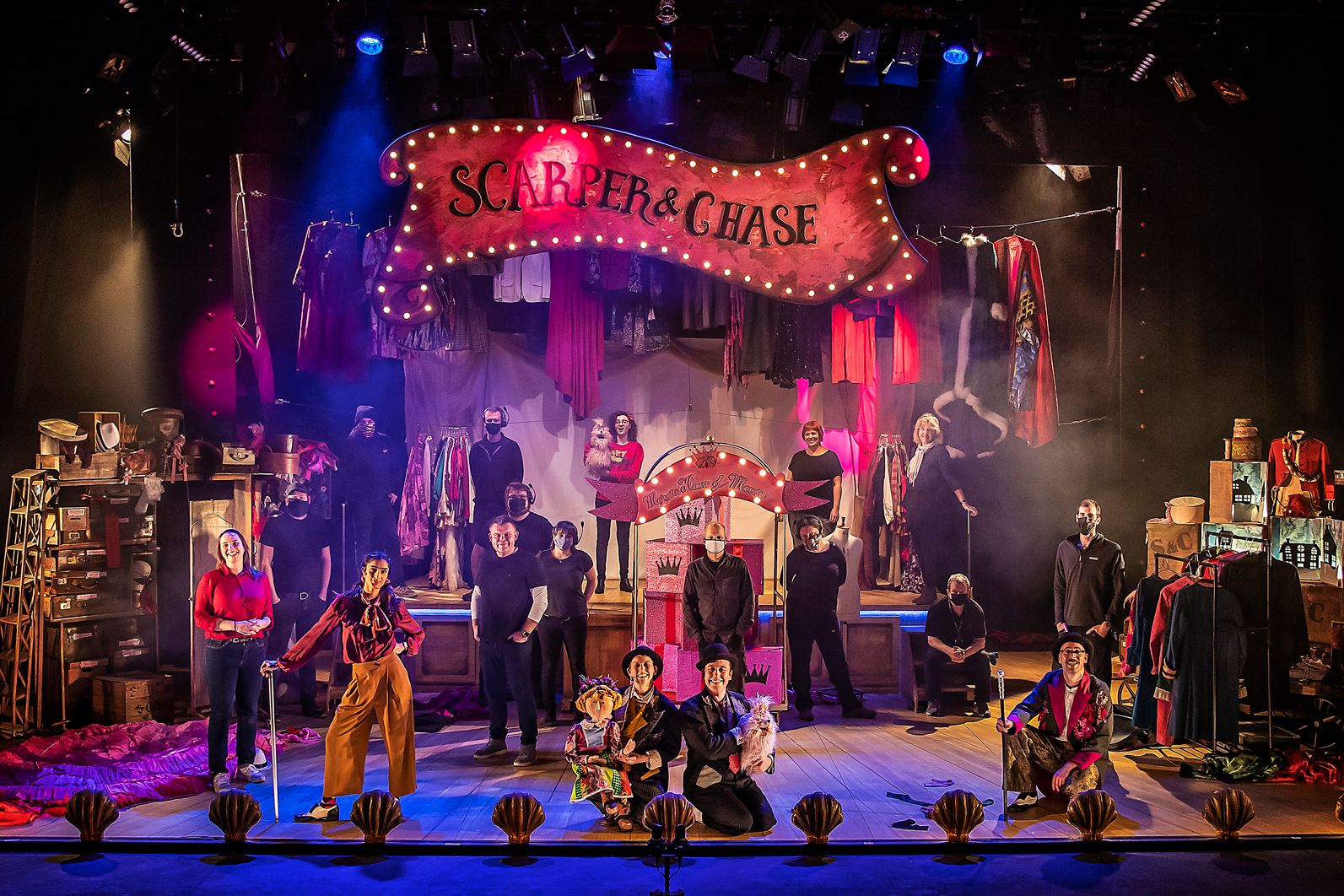 This December, Northern Stage and Kitchen Zoo have created a brand new adaptation of Hans Christian Andersen’s classic folktale, The Emperor’s New Clothes for audiences to experience at home from 12-31 December. Thanks the generosity of Northern Stage’s supporters, more than 22,000 North East school children will enjoy the show for free.  A generous donation from the Hoults Family Grassroots Fund at the Community Foundation means that thousands of North East school children, as well as hospitals and care homes across the region, will be able to enjoy a festive treat this December, despite not being able to visit the theatre.

Karen Turland from Lobley Hill Primary School in Gateshead said, “It is an absolutely fantastic thing for Northern Stage to do this year when the children and schools have had such a hard year. We really appreciate it. It’s just such a kind and lovely gesture.”

Peta Hoult and her son Charlie, who is MD of Hoults Yard Hub in Newcastle, visited the theatre to see rehearsals for The Emperor’s New Clothes and hear how their generous donation will benefit pupils at the region’s schools, with children able to watch the play in their classroom bubbles before the end of term.

During the visit, Peta Hoult chatted with new Northern Stage Artistic director Natalie Ibu about her lifelong love of theatre and of the joy it can bring in challenging times, recalling the time she performed on the main stage at Northern Stage (then called the Newcastle Playhouse) while studying Creative Arts at Northumbria University.

Peta Hoult said, “As a family, we’ve seen the power of theatre to inspire and change lives. My aunt ran a theatre in Bristol throughout WW2 and long received letters from members in the audience who had enjoyed the escape it gave to daily challenges. The Little Theatre also gave a vital springboard to actors who went on to entertain the nation. Covid has taken a terrible toll on mental health, so we wish to see Northern Stage continue its role as a civic hub to reflect society’s journey through drama.”

Natalie Ibu said, “We are all very thankful for the Hoult Family support of Northern Stage. Christmas promises to be a rather different celebration for all of us this year but thanks to the generosity of Peta and her family, we are able to share some festive theatrical magic with children across the region this December.”

To share the gift of theatre, donations of any amount can be made to the Northern Stage Pay it Forward appeal, an initiative to provide creative, fun experiences for local children and young people who wouldn’t otherwise be able to take part in the arts.

Private schools lie at the root of the UK’s inequality