Peace is fragile and needs your help

So in the midst of this maelstrom of testosterone-fuelled theatrics what can the genuine peace loving individual do to help avoid Armageddon? Firstly, mark the day in your diary this year and every year. Don't let the UK forget its historic foundational role so spread the word and tell all your friends. 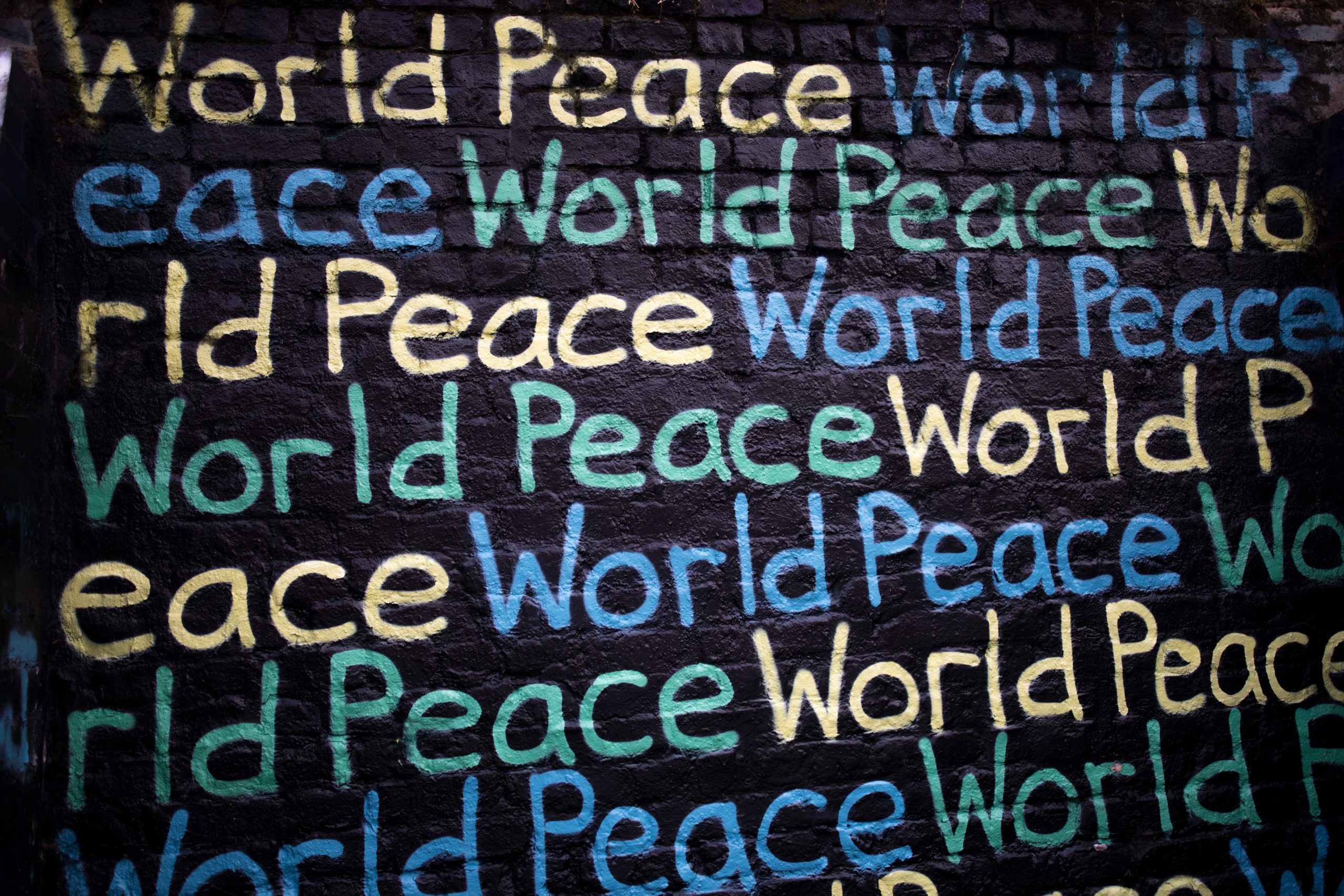 Photo by Humphrey Muleba from unsplash

Monday September 21st is the International Day of Peace, sometimes unofficially known as World Peace Day. The day was first celebrated in 1981 following a UN resolution sponsored by the UK and Costa Rica. The day is devoted to commemorating and strengthening the ideals of peace and specifically the absence of war and violence such as might be occasioned by a temporary ceasefire in a combat zone for humanitarian aid access.  To inaugurate the day, the United Nations Peace Bell is rung at the UN headquarters in New York City. The bell is cast from coins donated by children from all over the world and was a gift from Japan as ‘a reminder of the human cost of war’; the inscription on its side reads, ‘Long live absolute world peace’. From 2006-2009 an annual Peace Parade led by celebrities was held in Rochdale to mark the day in the UK.

With so much conflict, division, turmoil and hate in the world today, this year’s World Peace Day feels more important than ever. In the age of coronavirus, leaders and warlords should be setting aside their differences and joining forces to fight the invisible virus which has laid waste to our societies and economies, not engaged in a war of words or actual deadly combat which invariably impacts innocent civilians especially women and children. Surely, this is a time to come together across borders, to bury differences and find common solutions?  It is therefore strangely ironic that the Conservative government should have chosen to threaten the Good Friday Agreement (the result of the Northern Ireland Peace Process) by bringing its Internal Market Bill to parliament, a reckless move which, if passed into UK law in its current form, will break international law. The government’s action has already brought condemnation from lawyers, former Prime Ministers, and many in its own ranks, along with warnings from future trade partners who certainly smell a rat.

My work in the Balkans and various post conflict countries as a Member of the European Parliament, especially during election observation missions, taught me that peace is fragile and should never be taken for granted. The murder of the talented investigative journalist, Lyra McKee, in Derry in April 2019 during rioting ahead of the Easter Rising commemorative parades, exposed the sensitivities and discontent that continues to foment in the margins of society on the island of Ireland. That the Brexit supporters paid scant attention to the EU’s crucial role in securing this peace when they designed their project to ‘take back control’ and make Britain great again is a shocking reflection on English exceptionalism.

On March 23rd UN Secretary General, António Guterres, made a powerful appeal to warring parties all over the globe to lay down their arms when he broadcast a message to the world. Guterres was largely successful in his appeal demonstrating the need for brave and profoundly empathetic leadership during extreme crises. Meanwhile, President Trump’s fractious relationship with the UN continues to undermine an effective global response to the pandemic and his posturing as a man of peace in the Middle East has been largely rumbled as an election stunt by intelligent media and astute analysts.

So in the midst of this maelstrom of testosterone-fuelled theatrics what can the genuine peace loving individual do to help avoid Armageddon? Firstly, mark the day in your diary this year and every year. Don’t let the UK forget its historic foundational role so spread the word and tell all your friends.

Secondly, learn about the Brussels Pledge to Peace which is a European Parliament initiative  established in 2011 by the then Vice President, Socialist & Democrat MEP Gianni Pittella. Sadly, the initiative is not front and centre of the institution but it has spawned local Pledge to Peace groups who have taken the message to heart and begun transforming their towns and cities with peace education in schools and public commemorations on key anniversaries such as Hiroshima Day.  The Oldham Pledge to Peace Forum is probably the most active in the UK and has links with other groups around the world. It enjoys the patronage of the local authority who welcome international peace campaigners with tea and scones in the Mayor’s Parlour.

Thirdly, organise a few simple actions to do on September 21st, like joining in with a minute’s silence, and other things that you can do at home and/or work. The UK organisation Peace Child have a list of events, ideas and resources on their website. And you don’t have to stop there as PeaceJam are organising a conference in November which will use their youth leadership model to inspire others.

Finally, write to your MP to express your concern about the Internal Market Bill. Even though the bill passed its first reading on September 14th, the Lords can propose amendments before it returns to the Commons when even more Conservative MPs are expected to rebel. The Law Society have established an urgent easy to use campaign tool for everyone who is concerned Meanwhile, a campaign to name and shame MPs who have voted to break international law has just been set up with the aim of initiating a Recall Process via the Speaker.

I don’t know what I am

I don't know what I am