There was a creative and peaceful protest outside Hassockfield Immigration Removal Centre today, with singing, dancing, poetry and visual art. 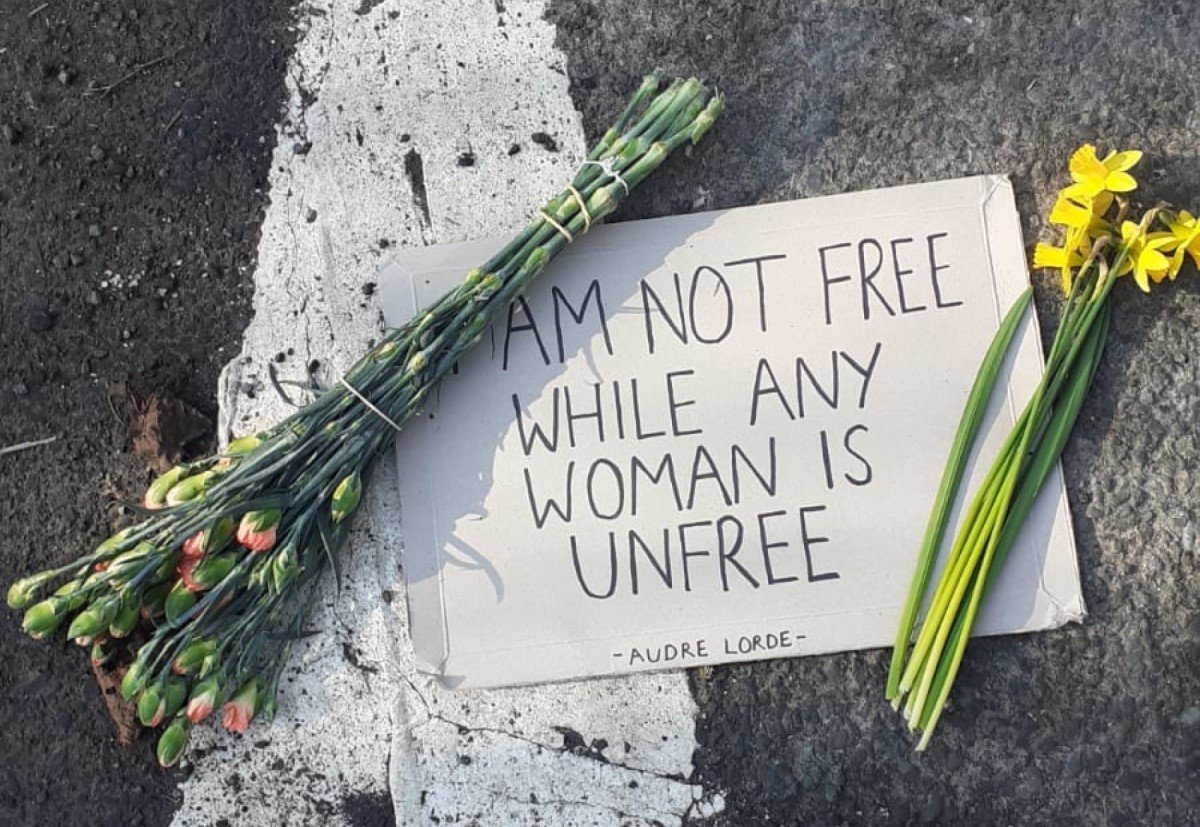 Photo from No to Hassockfield campaign

International Women’s Day is usually a day for celebrating women’s achievements, often against all the odds. But what could be worse than being a women locked up for no other reason than seeking sanctuary, all your dreams of a better life free from violence and poverty dashed to the ground?

The women now incarcerated at the former Medomsley/Hassockfield Derwentside Immigration Removal Centre are amongst the most vulnerable women in the UK. They deserve our sympathy. This is the message from the campaign coalition fighting to close down the facility which the Home Office saw fit to open at the end of last year, riding roughshod over local democracy and in the face of fierce opposition.

The campaigners have been nothing if not creative and International Women’s Day provided another opportunity to draw attention to the government’s inhumane policy of detention.

Between 10am and midday on 8 March approximately 35 people gathered at the entrance to the site bearing flowers and carrying placards and banners which they placed on the tarmac at the entrance to the centre. The campaigners included the Women’s Banner Group whose artworks, painted in Suffragette colours, fluttered from the adjacent trees. Video footage from the action shows women dancing in front of the security barrier as vehicles remained unable to enter and exit.

One of the campaigners said:

“We were there in solidarity with the women who have been detained. We want to highlight the injustice of immigration detention and its impact on women, many of whom have already gone through so many traumas – some fleeing conflict and oppression in their homelands, some fleeing conflict and oppression in their family lives, some fleeing the violence of poverty. They have experienced the trauma of having to leave everything they know and then navigate the UK’s cruel immigration system.”

The flowers were laid as tributes not only to the women detained at Derwentside IRC but for all women who are struggling for freedom and justice. At the end of the action the protesters asked the centre staff to give the flowers to the women locked up inside so they would know that local people care about them. A delivery driver who was unable to enter the site due to the International Women’s Day action waited patiently along with centre staff before departing, having been signed off for the day.

Meanwhile, statements were read, including testimonies of people with lived experience of the immigration system, Home Office raids and detention. Information about Mitie, the company contracted to run the detention centre, was shared including the company’s poor record on employment standards and mis-management of other detention centres. Speakers also explained how the detention of migrant women sits within the context of the government’s ongoing hostile environment, and the current refugee crisis.

Poems were read and songs were sung and when the police arrived, the gathering continued with singing, chanting, the blowing of bubbles and dancing, all the while calling for justice and freedom of the incarcerated women. The campaigners are insistent that they will maintain their regular peaceful protests at the site until the prison is shut down. Regular demonstrations are held on the third Saturday of every month.

You can find out more here.