One Day Changes and The Smell of Apples are an exhibition and short film on the themes of war, refugees and peace. In Sunderland this week. 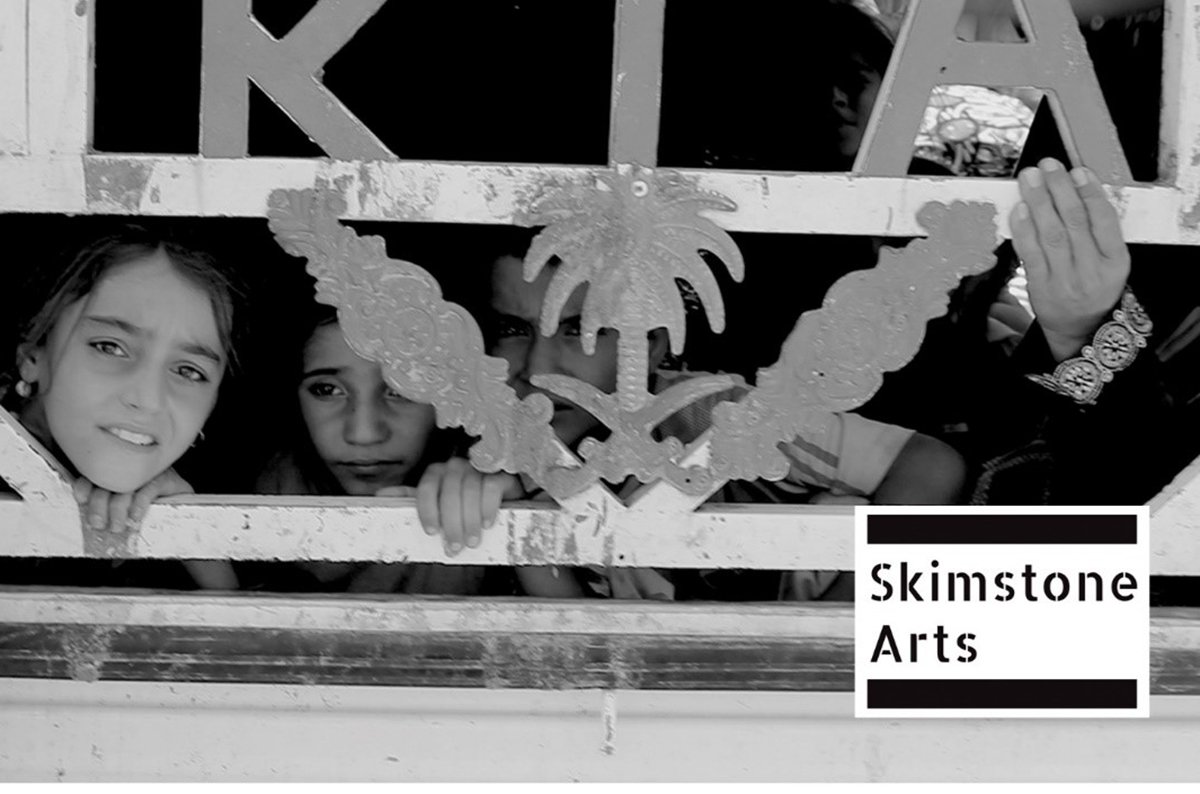 On Wednesday 16 March visitors to Pop Recs in Sunderland will be able to see One Day Changes a special exhibition and short film presented by Skimstone Arts’ Associate Artists and photojournalists Ako Ismail, from the Kurdistan Region of Iraq, and Shahor Omar, from Kirkuk in Iraq, who both live in the North East of England with lived refugee experience.

Originally created in response to ‘One Day’, the theme of Holocaust Memorial Day 2022, this free exhibition features a collection of documentary photography which show how in one day something so dramatic and life-changing can force people, including children, who were leading normal lives, to suddenly become refugees fleeing their homes, and become survivors looking for a safe place.

The smell of apples: a short film

Also featured in the exhibition is The Smell of Apples a short film created by Ako and Shahor which tells the true story of Azad who survived the Halabja chemical attack 34 years ago on 16 March 1988 during the closing days of the Iran-Iraq War in the Kurdish city of Halabja in Iraq Kurdistan.

The incident was the largest chemical weapons attack directed against a civilian populated area in history, killing 5,000 people and injuring 7,000 to 10,000 more, most of them civilians. Survivors say that the gas smelled sweet like apples and instantly killed those people who were exposed.

Azad now lives with his family in Birmingham.

“When I documented the children in the refugee camps, I saw how one day had changed their lives – different language, different space, no familiar home, not the same friends, but they live in the moment, they still play, they love to have their photos taken. We can learn from this, that they can be brave when life is down, or hope and life can be up.”

Shahor Omar, who now lives in Stockton on Tees, added:

“Everything that happens in our lives is a story; happiness, tragedy, failure, love, peace, war, survival. As a child, I saw war and it opened my eyes. I heard bombs. I was nineteen when I started working in the media. I have an idea to work for peace, not war. I want my photos and film to show people that war is dangerous, it’s bad. Loss of friends, loss of family, loss of everything. There is risks for me, but I have a big dream. Peace. People in my country need peace.”

Learning more to work together in difficult times

“We’re honoured to be able to share this poignant exhibition with audiences at Pop Recs on the anniversary of the Halabja chemical attack and support with creating of the featured film The Smell of Apples.

“This exhibition comes at a time when the world is being confronted with the realities of war on a daily basis as new atrocities unfold in Ukraine. One Day Changes aims to encourage people to explore how humanity can share understanding, care and support that positively affects people’s traumatic lives. By witnessing and acknowledging people’s experiences we can learn more about the past and work together to take action to create a safer future.”

One Day Changes was first shared at Newcastle City Library as part of Newcastle City Council’s Holocaust Memorial Day events in January 2022. The event featured original music from Skimstone Arts’ band Reality Boots and Ensemble band alongside film, poetry and spoken word inspired by real stories, research and lived experiences, to explore how we can build a better future, one change at a time.

Lord Mayor of Newcastle Habib Rahman gave a moving address to the audience in response to One Day Changes Event and met people who had journeyed to Newcastle from Birmingham whose stories had influenced The Smell of Apples film.

One Day Changes is on display at Pop Recs in Sunderland on Wednesday 16 March 2022 from 11am to 4pm. Admission is free. See more information here.