Political hate and violence is not a new thing. It has come in many shapes and sizes. What are the consequences? 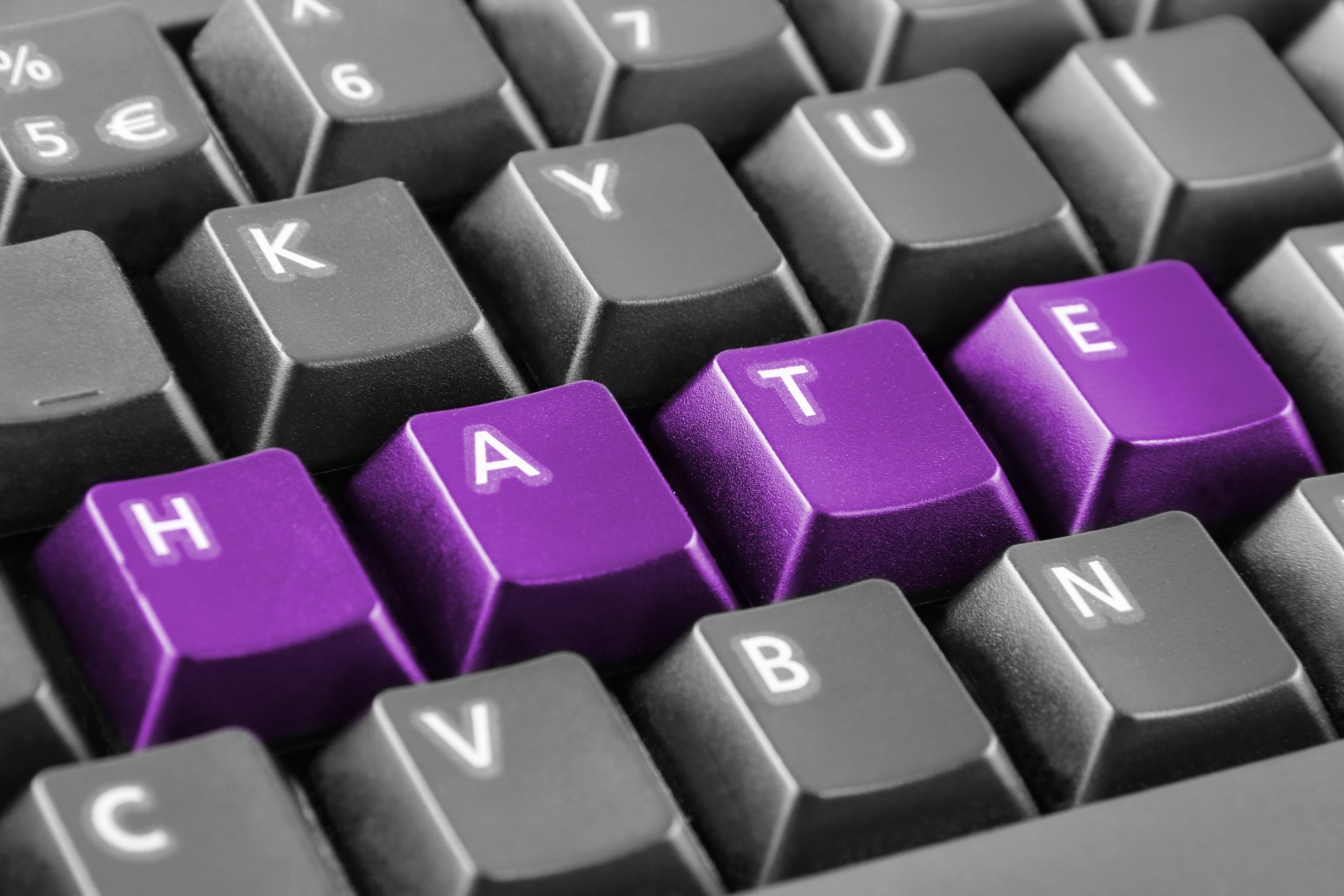 The murder of David Amess is the first murder of a British MP since MP and mother, Jo Cox was shot and stabbed in the street a week before the 2016 referendum.

Of course, British Parliamentarians have come under physical attack, have been killed in the past by extremists of nationalist or religious hues, increasingly these days including incels and disturbed individuals. The greatest threat pre-Brexit came during The Troubles in Northern Ireland, with the murder of Margaret Thatcher’s right-hand man the MP Airey Neave in 1979, the Ulster Unionist MP Robert Bradford  assassinated by the IRA in 1981, the IRA killing of Sir Anthony Berry and four others in the 1984 Brighton bomb that nearly killed Thatcher, and in 1990 Conservative MP Ian Gow was killed by a car bomb in the driveway of his home.

The Troubles were quelled by the Good Friday Agreement, whereupon Islamic extremists took up the mantel with sporadic but astonishingly lethal attacks: 9/11, the attacks in Paris in 2015 and Nice in 2016, 7/7 in London, and the Manchester Arena bombing in May 2017. The Labour MP Stephen Timms was directly attacked when Rishinara Choudry stabbed him during a constituency surgery in May 2010. David Amess’s murder is speculated to have had not dissimilar extremist origins.

But it was the murder of Jo Cox in 2016 just one week before the referendum which peaked the menacing swirl of hard/far-Right rhetoric prior to the vote – and for all the denunciations and handwringing, would yet foreshadow years of relentless violence in words and deeds from politicians, hacks, shady organisations all still much mixing it, ruling it in our current milieu of governance and media.

Days after Cox’s murder, Leave won the referendum, prompting Nigel Farage to crow that it was done “without a single bullet being fired”. But as we all now know; it was far from over. The tortuous myriads of twists, turns, fallen MPs, fallen PMs, cliff-hanger votes, hideous coalitions, and collapsed majorities all yet to come.

Abuse and threats of violence to Gina Miller

First however, businesswoman Gina Miller got the Supreme Court to rule that any Brexit deal needed to be voted on by Parliament. Bizarrely, this stroke in favour of Parliamentary sovereignty was rewarded with years of abuse, deaths threats, threats of acid being thrown in her face, and grown men screaming “traitor” when she was out with her daughter. The 4th Viscount St Davids Rhodri Philipps was gaoled for 12 weeks for offering a £5,000 bounty to anyone to run her over.

Accusations of betrayal in the Brexit debate

The debate reignited. As Theresa May’s hubris floundered into a minority government, Farage said he’d “pick up a rifle” to get Brexit. Her deal was denounced by her own MPs in the European Research Group, who called the deal a “betrayal” amid swirling conspiratorial talk of an elite Establishment plot to thwart Brexit, with Leave campaigner Darren Grimes pointing at the “Remainer Parliament”, promising “we will unleash forces not seen since the 1930s”. When the vote on May’s deal loomed in December 2018, Farage rallied his UKIP troops to besiege Parliament in protest, who proceeded to brandish gallows outside the House of Commons.

Threats and hate from mainstream press

The Sun ran an editorial titled ‘Crush this plot to steal Brexit’, warning that a second referendum won by Remain would see:

“our democracy … shattered, all faith in politicians destroyed”.

“Do you think Brits are too reserved for civil disorder? Cast your mind back to the riots of the 1970s, 1980s, 1990 or 2011. Or the febrile atmosphere of the referendum, during which Jo Cox MP was heartbreakingly murdered. What a tsunami of rage politicians would unleash by ignoring the democratic rights of millions on the winning side of the biggest vote in British history. Is it a risk the second vote camp are willing to take? Because they will have to live with its consequences.”

The Sun wasn’t alone in provoking hate. We remember the ‘ENEMIES OF THE PEOPLE’ Daily Mail headline after judges ruled in Miller’s favour, and the decades of Daily Express hate towards ‘The Forrin’. The Daily Telegraph waded in against 17 “mutineers” opposed to Brexit, including Anna Soubry MP, following which threats against her spiked (we remember the footage of her being pursued by far-Right yob Jamie Goddard). One keyboard thug Alden Barlow was gaoled for writing to her: “Cox was first, you are next”, calling Soubry “treacherous” and “worthless”. English Democrat candidate and Brexiter Amy Dalla Mura was also jailed for harassing Soubry. English democracy indeed.

In the North East, the then MP for Redcar, Anna Turley, already previously victim of threats regarding an “ongoing local issue” was targeted for not getting behind the Brexit deal that at the time would have wiped out regional industry. One man wandered past her constituency office daily shouting “traitor”, to the point North East for Europe organised an “I stand with Anna” event as a show of support.

Yvette Cooper MP was reported to have received around 50 death threats a week, which subsequently required some further 30 hours a week of reporting such threats and giving impact statements to the police.

As seen with Miller, the threats weren’t confined to MPs. Although Farage said he wanted nothing to do with English Defence League founder Tommy Robinson (real name, Stephen Yaxley-Lennon), they always seemed to turn up in the same places, and neither liked journalists doing their jobs. For the May 2019 European Parliament elections, Brexit Party supporters jeered and booed journalists at post-rally press conferences. Farage banned Channel 4 News reporters from Brexit Party events. Robinson, while claiming to be a journalist, got 4,000 followers to yell abuse outside the BBC’s Salford office to protest a forthcoming Panorama program about his Islamophobic and race-baiting antics. He doorstepped journalist Mike Stuchbery in the middle of the night about Stuchbery’s reporting of Robinson’s attempts to harass journalists, and got a five-year stalking protection order for making threats outside the home of Independent correspondent Lizzie Dearden.

Abuse and threats to people who are experts in their professions

There was the time pro-Remain trade expert Jason J Hunter was barred from attending a Brexit ‘debate’ in a Wetherspoons pub, management citing concerns for his safety among Brexiters ‘on the lash’. A deleted Tweet from Leave.eu suggested Leavers could go “batter some Remainers”. Retired lecturer Margaret Georgiadou who set up the Revoke Article 50 petition that got over 6 million signatures, received torrents of abuse and death threats by phone. Jessica Simor QC who’d gone to the Supreme Court to challenge the legality of the referendum based on its corruption and lies, was targeted by barely veiled threats from Pete North of Leave HQ, suggesting she and other lefty lawyers could be lynched in the streets. Note, like The Sun piece, they pretend only to warn of the actions of others, and not in any way seek to incite them, as has always been Brendan O’Neill’s mantra at Spiked when deploying his pet phrase of Remain’s ‘War on Democracy’.

But it was MPs suffering the flak daily, with a 2019 Commons report showing threats against MPs had “increased dramatically” to become “commonplace” – even from MPs themselves. In March 2019 Tory MP for Berwick-upon-Tweed Anne-Marie Trevelyan said the town would see “riots in the streets” were there a second referendum.

The same month the Tory MP Mark Francois, who seems to breathe aggression, told Steve Bray he’d signed his “death warrant” and compared Jean-Claude Junker to Hitler, as the Byline Times recently covered. He said the country “would explode” if it didn’t leave the EU on October 31 2019; although he now wants to clamp down on hate-speech, especially by social media.

The threats seemed to be overwhelmingly towards women. In September 2019, as Labour MP Paula Sherriff chided the PM in the Commons for the “offensive, dangerous or inflammatory language”, like “traitor” and “surrender bill” that Johnson and co. deployed to help intensify the rancour of the Brexit row, and for the death threats that she and others received daily, that prevented her even from going home. Johnson did not offer greater security or urge ‘à la mode de’ Churchill to “stick to your guns in the face of terror”, but instead simply scoffed and said, “humbug”. That same month, Labour MP Karl Turner confronted Dominic Cummings over death threats the elected representative had received overnight. Cummings laconically replied, “Get Brexit done.”

Getting Brexit done ended nothing. In September 2020, Home Secretary Priti Patel lashed out at the country’s legal profession stating “activist lawyers” were obstructing the Government’s ability to remove migrants without hindrance (i.e. remove due process and judicial oversight). Days later a man with a large knife, a Confederate flag and far-Right literature, carried out a “violent, racist” assault at a London law firm, injuring a staff member. In a letter to the Guardian the firm, and over 800 former judges and legal professionals cited Patel’s words, and Johnson’s which included “lefty lawyers” and “do-gooders” as hostile to their profession and “undermining the rule of law”.

By then, the Tories were no longer so much appealing to the marginal of UKIP or their Brexit Party clones, but been hollowed out by them and the Leave leaders, becoming a de facto government over their own abominable Brexit. Hence the far-Right were not tempered by becoming empowered. Still, the greater threat in the UK comes from the far-Right still left behind.

We’ve seen that Cummings, the scorned ex-eminence-gris behind Johnson, is putting the knife into the latter by Twitter, revelling in the way he led the Tories’ lies to win the 2019 General Election and planning all along to scrap the Northern Ireland Protocol. This blithe breaking of the Good Friday Agreement is surely a treasonable act to bring upon your own country? Will it reignite a conflict that cost thousands of lives at the hands of the IRA and its splinter groups and affiliates, the UVF, the UDA and others in the pro-Brit camp? The thing is, it’s the latter who probably pose the greatest threat, the bloodier supporters of the DUP who also loathe the Tories for the betrayal they consider the Protocol to be. But this doesn’t seem to matter in the face of the unelected who in the name of democracy demand we do as they say, or die for it. What consequences may yet come of their words?