Political lessons from the Bard: musings on the Scottish play

Macbeth has so many parallels to the political situation in which we find ourselves, just as it did when Shakespeare wrote it. 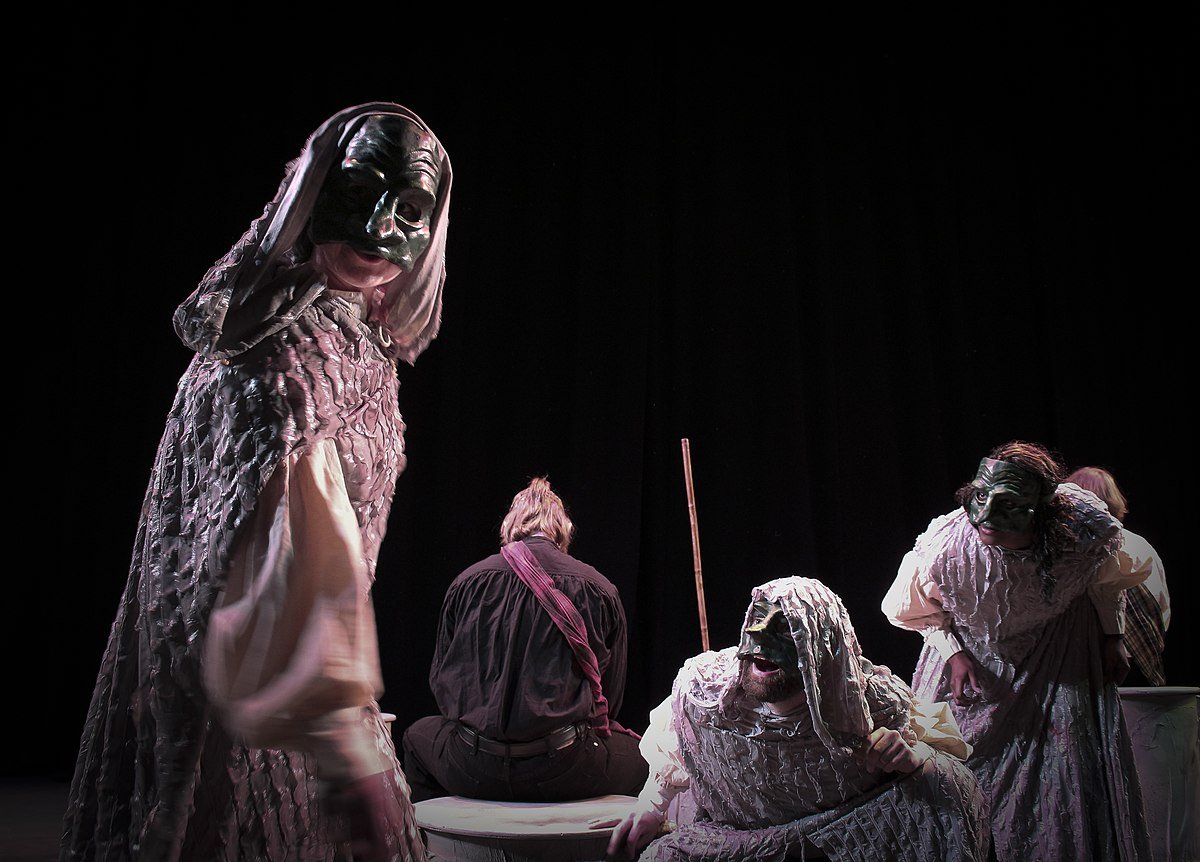 Throughout the last couple of years Macbeth has been consistently in my thoughts because it could have been written today! It has so many parallels to the political situation in which we find ourselves, just as it did when he wrote it when James the first of England and sixth of Scotland was on the throne. There is an irony here too, in that James, unified England and Scotland, but Boris and the Tory party will probably be responsible for the breaking of the union!

New Year’s Day, 2021. Boris has it all. Brexit done, a deal, and the premiership – just as ERG, Cummings, Farage etc wished for. Certainly a ‘weird’ alliance. Many of whom, having wreaked their havoc, have also vanished into thin air the ‘bubbles’ of the earth, or in their case, hedge-funded, tax avoidance futures with back up European citizenship and their concerns moved. Some to Ireland.

Furthermore, many of us feel that there has been foul play. Apart from the myriad of lies, it is almost certain that there has been dodgy funding and Russian interference in both the referendum and the last election. What is the real reason that this has not been thoroughly investigated as the Select Committee and Grieve wanted? What has the government got to hide?

Time will tell whether it will stand in Johnson’s posterity. The augurs are not good. The world’s media is already ridiculing and lampooning the UK. It speaks of inflicting self-harm. We are no longer trusted because the government voted for a law which would enable the breaking of international law!

Taking back ‘sovereignty’ in these uncolonial times, has emasculated the UK in so many ways. We have less sovereignty, less power over our future destiny and have dangerously isolated ourselves in global politics. The UK has become a mere pawn in the world’s dealings. Few pawns end up as queens and kingship is completely out of reach. The journey is fraught with danger, long and hard.

Johnson, himself, I would argue, is also like Macbeth in many ways throughout the play. He has murdered democracy, which is the king, of our kingdoms. That which we have fought long and hard for. Lives have been lost struggling for democracy and they have been lost defending it. Blood is on his hands. They will ‘ne’er be clean: his hands ‘will rather/ The multitudinous seas incarnadine,/ Making the green one red.’

Increasingly Macbeth, in his Orwellian world within which there is no household where he doesn’t ‘keep a servant fee’d’ ruthlessly silences his enemies. His noble thanes and erstwhile supporters flee his presence. He is left with nothing of value surrounded only by thugs and sycophants, and he knows it:

I feel that Boris is increasingly haunted by his diabolical dealings. He looks ill. Rumour has it that he even he regrets Brexit, but publicly he still repeats, and clings to empty mantras, which he doesn’t believe in himself. He has become world weary. He has not achieved the Churchillian stature he longed for and he is widely regarded as a buffoon and idiot.

Macbeth believes what he wants to believe of the sisters’ prophesies, however preposterous, just as Johnson has believed in his Machiavellian advisors. He did not take the advice of Banquo his truest friend and comrade:

Equally Johnson has not listened to former Prime Ministers, experts, nor even grandees of his own party who have decades of political experience.

There are so many similarities but, in many respects, Macbeth is a totally different character. We do not revel in his downfall. We are saddened by it. It is ‘tragic’ as are the deaths of Othello, Lear and Hamlet. All noble. Potential heroes with a tragic flaw, which we can identify within our own human natures. The audience wants Macbeth dead. His crimes are multiple, heinous, unjust and unspeakably bloody.

His minions murder innocent women, infants and babes simply because they are connected to his perceived enemies. I do not feel the same way about Johnson. I do not wish him dead, but I want him to fall from grace and be held accountable for the reckless things he has done and engendered. In my opinion, there is nothing resembling nobility, or indeed statesmanship about him. He is more like the man Malcolm pretends to be in order to ascertain Macduff’s loyalty.

Macbeth was a courageous warrior, fought for his country: brave Macbeth – well he deserves that name.’  He loved his king. Johnson has proved mendacious, cowardly and lazy, conveniently disappearing from the scene in difficult moments. He has no love for Democracy, defying our judicial systems, the parliament and the Queen. He appears to love only himself and power.

Macbeth is faithful to his wife and loves her deeply, so deeply that she is able to persuade him to kill a king, against what his conscience is telling him. Their relationship is close. They are accustomed to talking about and sharing everything. They also share the sadness of having lost at least one child. Lady Macbeth becomes increasingly ill, not only plagued by the part that she played in the murder of Duncan, and the subsequent crimes perpetrated by her husband, but also more tellingly because Macbeth no longer shares his thoughts with her. She is isolated from her husband. He does remain concerned however, asking the doctor:

Her mental health declines and she takes her own life. Macbeth, besieged, wishes: “She should have died hereafter;/There would have been a time for such a word.” Ironically, the mental health of our nations is also at crisis point. Politically we are kept in the dark, fed propaganda, and we are literally isolated in our homes

Johnson, on the other hand, is a womaniser and serial adulterer. Loyalty does not appear to be part of his makeup! He even stabs his political allies in the back: Gove. In fact, he has been driven only by ambition, and a ridiculously misguided belief in himself and his abilities. He appears to lack any sense of loyalty.

Macbeth has self-awareness recognising, that ‘vaulting ambition’ is the only ‘spur’ to ‘prick the sides of his intent’. After wrestling with his conscience, he decides to ‘proceed no further in this business.’ Lady Macbeth effectively changes his mind by challenging his manhood. He is wracked with guilt after murdering Duncan and can no longer pray. His hands ‘pluck out’ his eyes. Johnson shows no sign of guilt.  He revels in the ‘victorious’ deal he has signed and refuses to acknowledge the catastrophic handling of the pandemic.

We agonise as we watch Macbeth’s downfall because he is in essence virtuous. Furthermore, he dies courageously: Lay on, Macduff;/And damned be him that first cries ’Hold enough!’ I would surmise that Johnson will fall from grace sooner rather than later, but his going, I predict, will be ignominious … more so than Cameron’s.