Given the amount of criticism both at home and abroad, Patel’s plan is unlikely to result in a significant reduction in the numbers of migrants attempting to cross the channel. 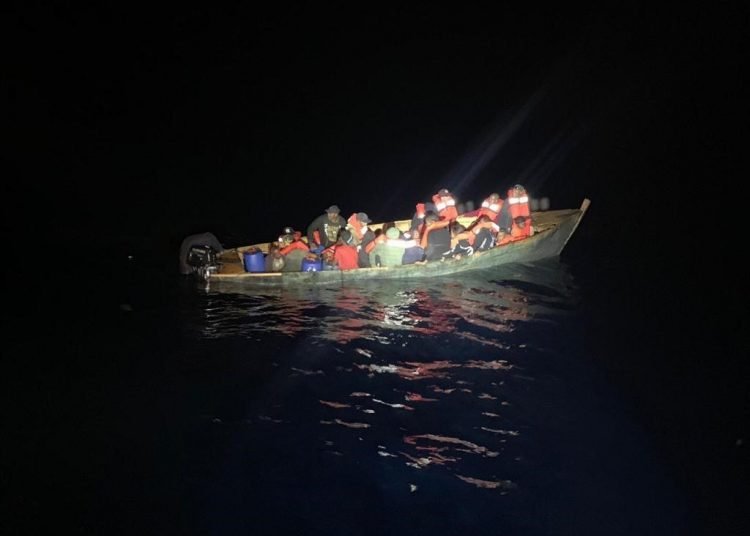 Home Secretary, Priti Patel, has come in for intense criticism this week following her announcement of a plan to turn back migrant boats in the English Channel. The announcement comes amid an unprecedented rise in the number of boats attempting the dangerous crossing. In certain quarters, meanwhile, the plan has been met with rapturous approval:

Are its supporters about to be disappointed? The announcement has met with widespread condemnation, not least from the French government, while others have asserted that the plan contravenes international maritime law and is in other respects unworkable. We approached Grant Hunter, head of maritime law at BIMCO (The Baltic and International Maritime Council) whose members operate 60% of the world’s merchant ships, for comment. His lengthy response adds much important detail, not least about how people smugglers operate:

“The UK cannot unilaterally rewrite international maritime law or change customary maritime law. There is a legal and long-standing moral obligation to rescue people at sea. The obligation to rescue people in distress does not discriminate – it exists to help all those who are in peril on the sea. But the people smugglers who get rich from migrants desperate to reach the UK know full well how to ‘play the system’ – they squeeze migrants onto unseaworthy boats for good reason.

“The boats are often deliberately capsized or crippled and migrants told to jump into the sea by the smugglers. This is because you have to be in distress and your life at risk to trigger the rescue obligation. If you are on board a perfectly seaworthy boat, you will simply be sent back to where you came from. There is no unfettered right to simply sail into a country and this is why the smugglers use the deliberate ‘distress’ tactic and why migrants sometimes drown (who would jump off a boat into a cold sea merely at the sight of a potential rescue ship unless they were told to do so?).

Given the amount of criticism both at home and abroad, Patel’s plan is unlikely to result in a significant reduction in the numbers of migrants attempting to cross the channel.  In showing a willingness to flout international treaties and agreements, however, it follows a worrying trend.

On at least two other occasions recently, members of Johnson’s government have shown themselves willing to renege on international commitments. In one, the ongoing ‘sausage wars’ with the EU, the UK government, having botched the NI protocol, is now trying to evade it. In another, the Trade Secretary, Liz Truss, is accused of ignoring the UK’s commitments under the Paris Climate Accord in the trade deal set up with Australia (as reported by the BBC ).

Nonetheless it fits well into the bullish fantasy world of the new right.  Simon Clarke MP wrote recently in an article in the Times, of “our buccaneering free trade agenda”.

The Guardian, meanwhile, reports that

“Craig Mackinlay, the MP for South Thanet, said that sending back all people who arrived in boats, including children, would be a ‘high-octane measure’.”

Once it is seen to fail, Patel’s strategy will not, of course, be ‘high-octane’, it will be a well-deserved embarrassment.  But Patel’s actions differ in one crucial respect from those negotiating over the NI protocol and Liz Truss’ Australia trade deal.  With regard to the NI Protocol, the EU is well capable of standing up for itself, and standing up to inept UK negotiators; COP26 may well turn out to be the occasion when Truss’ Australia trade deal is presented to the world as an example of the UK government’s cynicism about climate-change goals.  For the migrants crossing the channel, on the other hand, the situation is much bleaker.

The anti-immigrant lobby is loud, and, while it is may not represent majority opinion, it has certainly entered the mainstream.  And it is noticeable that one thing that Patel has not attempted to do is to manage expectations. No one does. Such management would be difficult, of course, given the prominence given to immigration control in Brexit, and the fact that this opinion has been allowed to flourish unchecked for years now.

Now it may be that, elsewhere in the country, there are Tory MPs who are prepared to challenge anti-immigrant sentiment expressed in social media platforms that they host. That certainly does not happen in the Tees Valley, however. Here are some of the facebook comments received by Matt Vickers MP and Simon Clarke MP in response to articles, not about the migrant boat crisis, but to the debate on the NHS and social care:

Vickers, in particular, purports to be an admirer of Patel.  It would ultimately help her if he challenged the views of those people on facebook and tried to temper their extremism.  Were he to do so, the imminent failure of Patel’s strategy might seem less catastrophic.  But he doesn’t.  He leaves his constituents to their racist fantasy, and Patel to her international sabre-rattling.  Opting to keep the peace, as you might say.