"With the EU summit on 19th November as the deadline for a draft Brexit Deal, a protest took place at the Port of Tyne." 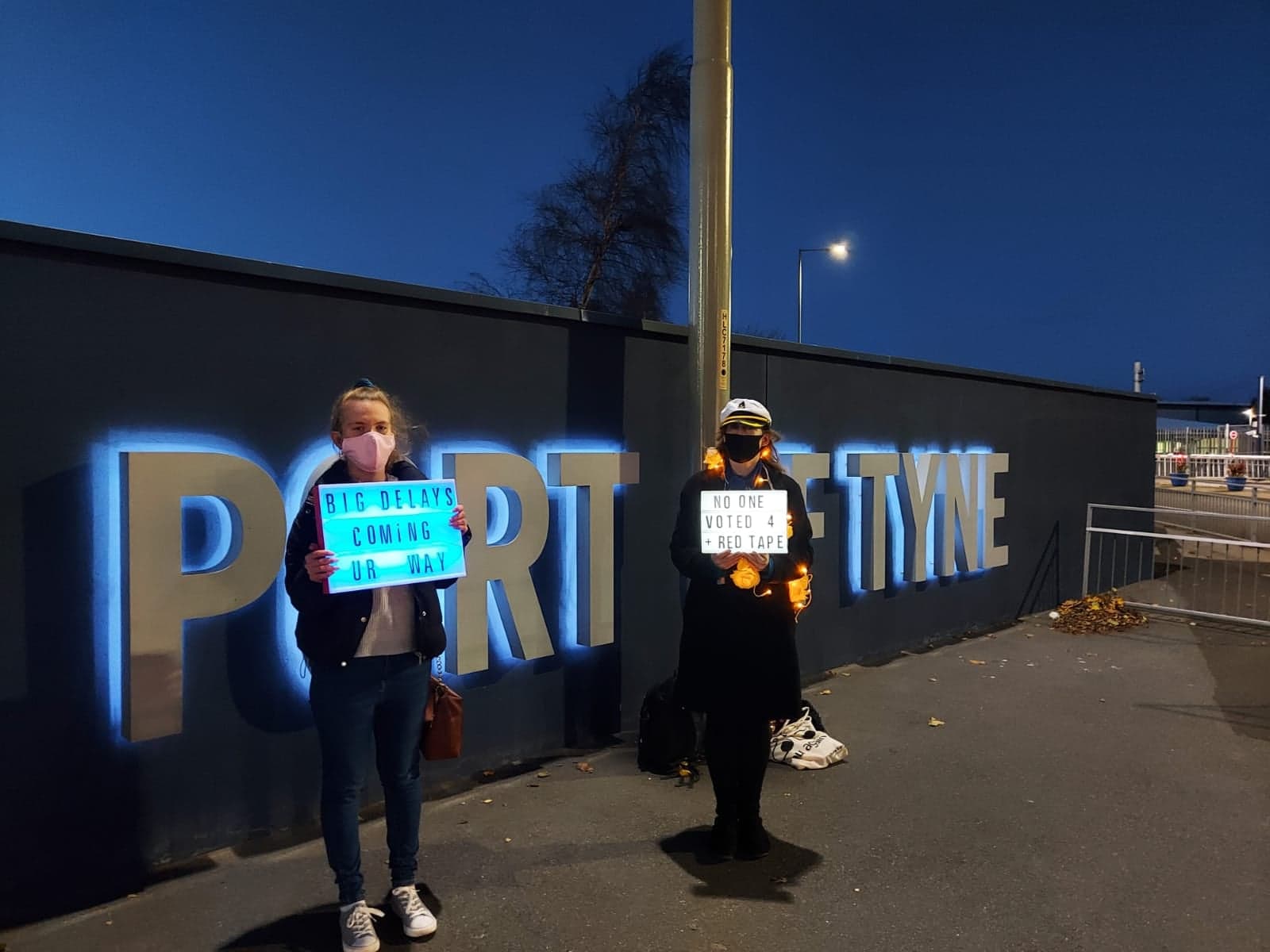 Local residents from the North East called on the government to reject a No Deal Brexit which will immensely damage the region’s economy at a socially distanced protest tonight outside the Port of Tyne.

“With the EU summit on 19th November being seen as the deadline for a draft Brexit Deal, a protest took place at the Port of Tyne. This was to highlight the difficulties we will face importing and exporting goods into and out of the UK, if we crash out without a deal or if a bad deal is secured. We cannot necessarily rely on a trade deal with the US either to bail us out because Biden has stated for this to happen the Good Friday Agreement needs to be respected which is not scheduled to happen with the Internal Markets Bill.  With less than 50 days to go before the transition period ends, let us not forget that the North East stands to be the worst affected by a No Deal Brexit.”

Ports around the UK are reporting that they are not yet ready for the transition period to end.  There will be a big change in how they operate with lots of red tape being added into their daily operations, such as customs declarations needing to be completed for the first time in 40 years. IT systems promised to support the new rules are not yet ready.  Of course, the fact that we are currently in a second national lockdown is making getting ready for Brexit even more difficult.  The Port of Tyne is the second largest car export hub in the UK

Organiser Robina Jacobson stated that tonight’s protest went well, with lots of honks of support from workers leaving for the evening.   Lightboxes were used to relay messages of solidarity such as ‘We love Port of Tyne’ as well as those of warnings of major delays of goods.

Northumbria Police were fully briefed about this event and social distancing rules were adhered to at all times.

‘Whites: On Race and Other Falsehoods’: a reflection

'Whites: On Race and Other Falsehoods': a reflection