I was working in Moscow in 1996-1997, and remember the utter destitution of the place, the old babushkas who’d won the war against the fascists stripped of their pensions and left to stand in two feet of snow, lined by the dozen outside metro stations, selling bootleg vodka. 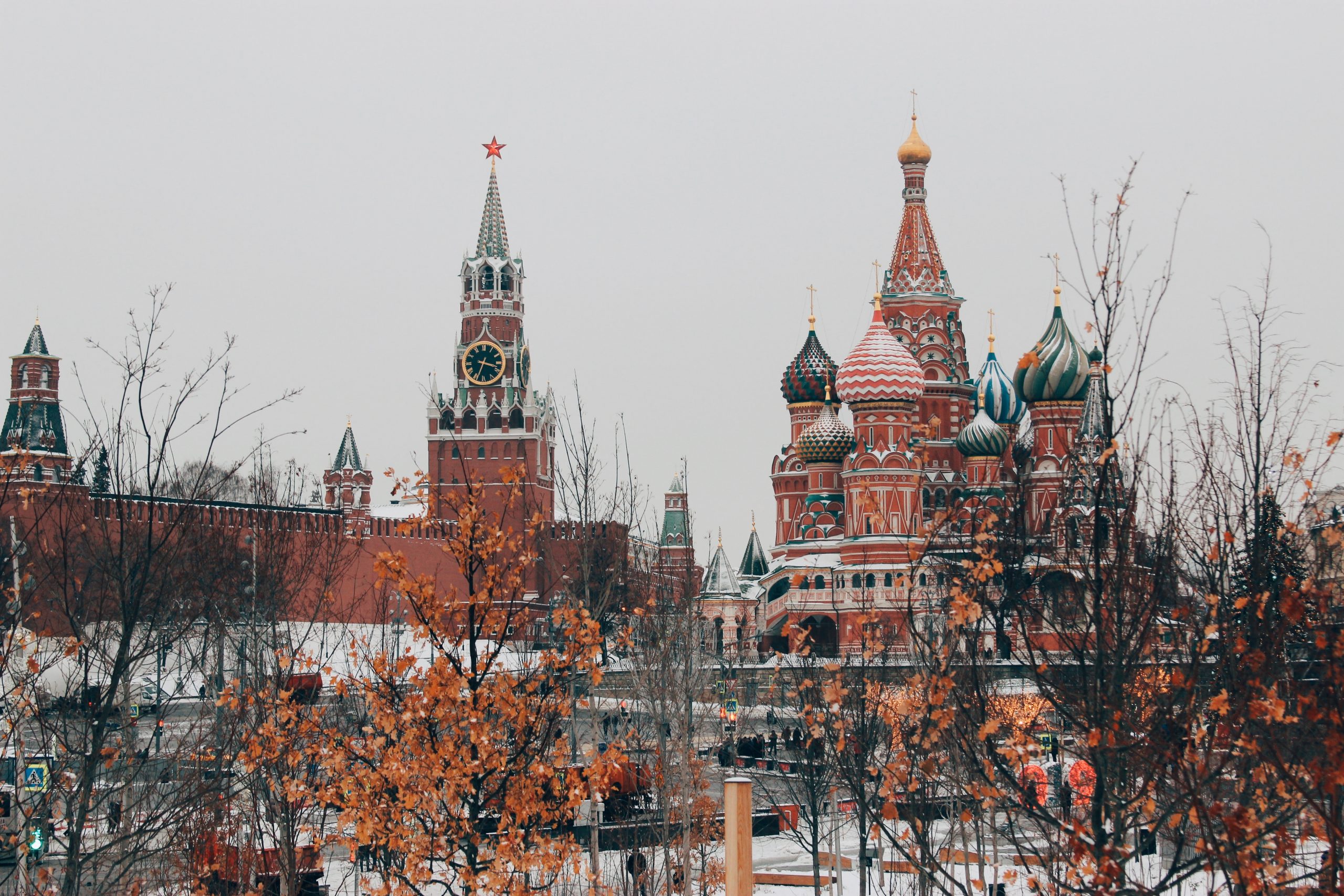 Maybe Russia that has done to so much to keep Lukashenko in power during the past decades will send in troops to stabilise this border country and preserve Europe’s most pro-Russian government. If the poisoning of Russia’s main opposition leader, Alexei Navalny , is a pre-emptive move to stymie any domestic dissent surging in sympathy with Belarussian democrats, one wonders how much Putin feels threatened.

Well, very. But Russia’s prime minister, president, prime minister, and president of over 20 years just can’t help getting re-elected and he has proven very effective in dealing with perceived threats. He’s also done very well in restoring Russia as a global power out of the ashes of the appalling post-Soviet Yeltsin years, when Russia’s economy collapsed and Moscow became a battleground for gangster oligarchs like 1930s Chicago.

I was working in Moscow in 1996-1997, and remember the utter destitution of the place, the old babushkas who’d won the war against the fascists stripped of their pensions and left to stand in two feet of snow, lined by the dozen outside metro stations, selling bootleg vodka. At night one would hear gangsters pulling into the neighbourhood as they used car-horns playing the opening bars from The Godfather. My students somehow scraped money together to afford our language school’s costs, but their one glint of light was, as one said, “this is terrible, shit. But we can say so.” Their democracy was fragile but very precious.

Putin rapidly knocked all that down, imposing an illiberal autocracy atop the chaos. As a Russian colleague in London told me barely a decade later, he’d “made Russia strong again”, with the price of illiberal authoritarianism being well worth paying. This is it – it’s not that Putin’s built a modern, outward-looking democracy that gives it stature, instead he has built an autocracy strong enough to stand against the winds of chaos he sows amongst its neighbours and challengers, chaos defined by poisonings, invasions, bribery and lies. And stand tall it does, with so many in its shadow.

It all started so humbly. Almost as soon as Putin become prime minister in 1999, Chechen terrorists blew up four Moscow apartment blocks, killing over 300 people, barbarism for which Putin retaliated by re-obliterating Chechnya. This bloody and bold move restored pride within Russia, immediately marking Putin out as a strong leader, in absolute contrast to Yeltsin under whose drunken command the Russian army were humiliated and defeated in Chechnya in 1995. But that’s the curious thing: the Chechens, in their distant, rural, mountainous country smaller than Wales, had won that war, at hideous cost. How crazed must they have been to then so murderously poke the Bear just years later?

With Russia’s reinvasion its forces committed atrocity after atrocity, abuses repeatedly exposed by the incredibly tenacious Russian journalist Anna Politakovskaya. This stalwart critic of Putin was only silenced in 2006 when, in a true Godfather-style hit, shot dead in a lift. So too that year was former KBG and then FSB agent and defector Alexander Litvinenko assassinated with tea poisoned with polonium in a London hotel. His specialisation had been fighting organised crime and he’d been exceptionally busy in Putin’s Russia, before fleeing to the UK. For that, the FSB killed him, and brazenly so.

Poison had been used in 2004, when the very pro-West candidate for Ukraine’s presidency, Viktor Yushchenko, nearly died from dioxin put in his drink. He survived and ultimately became president, but it was part of Putin’s previous – and future – to seek pro-Moscow governments on its borders and get seriously violent with anyone looking westward.

In 2008, with the government of Georgia getting very friendly with the GW Bush administration and making a noise about becoming part of NATO Russia saw a threat to Russians in South Ossetia in Georgia, and invaded. NATO as an insurance policy precludes existing conflicts with neighbours, so that kyboshed that.

The same year came Russia’s first move into another realm of warfare. Estonia, a country gladly free of the USSR and a new member of the EU, jauntily strutted into the future by digitising its entire machinery of government and placing it online. Hackers slapped that down with a comprehensive denial-of-service cyber-attacks in 2007, curiously enough following a row over a statue, with the hackers traced back to Russia.

In April 2010, the president of Poland, Lech Kaczysnki, his wife, Poland’s entire Cabinet, the chief of general staff, and a ream of other top Polish officials were among 96 killed when when their plane crashed near Smolensk, Russia. The vicious irony was they were all en route to commemorate the 70th anniversary of the Katyn Massacre, where in 1940 Soviet forces occupying Poland executed 22,000 of Poland’s governing officials, religious leaders, intellectuals in the forests of Katyn. Kaczynski too was also very westward looking, building bridges with the US and the EU, and defying Russia: he vetoed talks on a potential Russia-EU partnership, gave host to Georgian information sources blocked by Russia after the 2008 war and recognised Kosovo. If Putin had wanted to make a point …

Russia has since become involved in Syria, backing the barbaric Assad, giving other countries a live demonstration of the kind of Russian weapons they too could own, and incidentally creating the by-product of a living Hell of humanity for millions of Syrian refugees, many of whom flee to Europe, where their plight is capitalised upon by race-baiting nationalists waging their own war on everyone they don’t like the look of, and attacking the EU from below.

Because Putin, like Farage, wants to destroy the EU, the agglomeration of nation-states now with so many members that escaped the austere authoritarianism of the USSR, then chose to join the bloc that started as a union to prevent its members warring among themselves, but also stand united against the Soviets’, and Russia’s, belligerent divide and rule.

The EU had already seriously upset rich Russians in 2013  by investigating and imposing limits on accounts in Cypriot counting houses amid suspicions they were being used to launder the fortunes of Russian oligarchs.

Then after Kiev’s pro-Russia government was ousted amid bloody street battles, the threat of a potential new trade agreement between the EU and Ukraine helped prompt Russia’s incursion into the latter in 2014. With the end of Russia’s lease of Sevastapol in sight and thinning hopes of keeping the Black Sea fleet there, Putin rigged a referendum in Crimea denoting massive support for all things Russian, and promptly annexed the place.

You can’t do that, the US and EU said, imposing swingeing sanctions on Russia. Pro-Russian forces retaliated by shooting down a Malaysian airliner full of Dutch tourists, to no comeback, to Putin’s impunity. Just like with the Novichok poisonings in Salisbury, again using the UK as a place to deploy chemical WMD that in another time would have justified invading a country.

Putin then pulled off a major coup in America, helping install Donald Trump in the White House with online pysops, troll farms poisoning the minds of voters in swing states and hacking the Democrat and Clinton campaigns’ computer networks. There was no rebuke from the White House because Putin’s man won. Trump has actively sought to undermine and destabilise global structures such as NATO and the EU, and relations with countries from long-time ally Germany to major trading partner China. Basically inflicting damage on all the entities that challenge Russian hegemony, to Russia’s benefit, with no cost to Russia. Indeed, amid the chaos of the Don’s madness, Putin’s Russia stands out for having never been on the end of his abuse, denoting guilt by omission.

Then Putin sought to torpedo the EU by meddling in the UK’s 2016 referendum on EU membership, again by troll farms and disinformation and Russian money for Leave campaigns, rich Russians adding Tory politicians to their British property portfolios. Putin vocally supported Brexit, telling May in 2018 she had to ‘fulfil the will of the people’, Goebbels’ phrase that gives the lie to any claim of supporting democracy. And as I write, the unelected bureaucrat that is ex-Moscow ex-pat Dominic Cummings is working to ensure the UK’s departure from the EU is as damaging as possible.

Funnily enough, the EU may not only survive Brexit but be strengthened by it. Putin has damaged the EU, but not sunk it.

The UK however may well break up, Balkanise, with England becoming Europe’s newest dictatorship, an impoverished region nursing bitter hostility to the EU and its members upon its every barbed wire border on its isles, appealing only to the global rich seeking offshore banking network facilities, stealing back Cyprus’ crown.

A civil war in Belarus could keep Russian troops entertained, while the UK, one of Russia’s oldest and most powerful foes, is reduced to a shabby gulag for Rouble laundering.  What a colossal victory for Putin. Marvel at how far he has come since Grozny.

The UK is not disproportionately affected by the global refugee crisis