The working class may be losing patience with this government 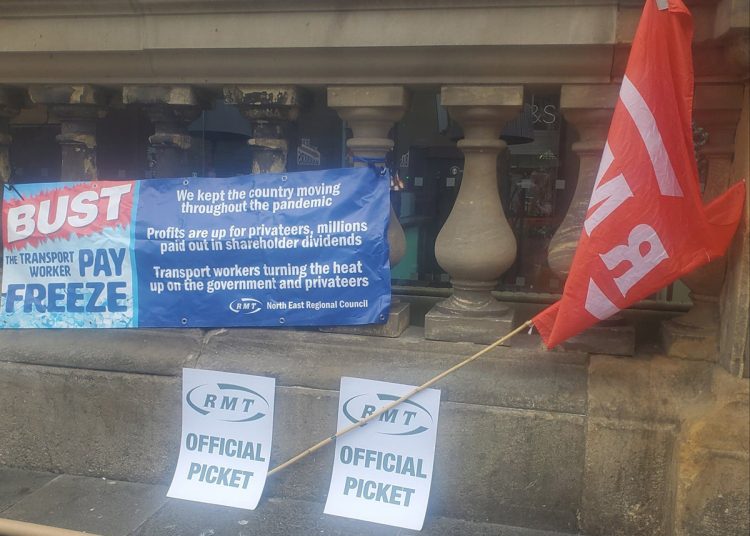 Over the last decade, a number of typically wealthy and well-connected commentators have claimed that they know what the ‘genuine working class’ thinks – typically, this includes supposed mass support for nativism, nationalism, standing up to a ‘liberal elite’, and ‘lefty bashing’. Oh, and a crown printed on beer glasses. Added to this list over the last few weeks have re-emerged certain old favourites of government and the ruling class – union bashing and the 1970s, self-interested union ‘barons’ and ‘an easily misled workforce’, these apparently hell bent on making everyone else’s life a misery.

The latter appeared in reaction to planned rail strikes by the National Union of Rail, Maritime and Transport Workers (RMT), starting 21 June. Predictably, instead of talking about the issues presented, such as pay offers way below inflation, cuts in overtime pay, and safety and access concerns in the midst of the removal of 25% of track inspectors, the leaked planned closure of all ticket offices and re-emergence of a plan to remove dedicated train guard roles, the government and its friends in the press have accused the workforce of “shooting itself in the foot”, and the union of revelling in the disruption caused whilst walking out of all talks offered.

Is the working class losing patience?

However, in the midst of a yet another cost-of-living crisis, fears over climate change and the workings of capitalism and state, and ministers caught out telling porkies and partying in the middle of a pandemic, a number of actual working class people may have decided that they are losing patience. Meanwhile, and reinforcing this, the media interviews with both trade union officials and rank and file members have not gone according to plan. Many of the government claims have been made to look rather ridiculous, and public support for the strike appears to have increased.

The picket line in Newcastle

With this atmosphere, standing outside Central Station, Newcastle, this week, was pretty interesting. In good spirits and standing in numbers that totalled easily into three figures, were many rail workers and supporting them, education workers, fire fighters and support staff, health workers, hospitality workers … the list goes on.  Unions and organisation members in addition to the RMT included ASLEF, the FBU, UCU, Unison, Unite, and independent member-led ‘base unions’, who have been working for some years with previously supposedly unorganisable and atomised workers to some effect. Here were Northumbria IWW and Newcastle SolFed-IWA together offering enthusiastic support for the rail workers who’d walked out and lost pay over the last week.

At the same time, members of the public and other transport workers were expressing agreement both verbally and by pipping vehicle horns in large numbers. No doubt, to the dismay of some all too predictable sections in society who saw this industrial battle as a means to further demoralise and isolate us from each other, perhaps for the first time in a long time, divide and rule tactics may be backfiring and working class solidarity appears to be back on the agenda.

* By the term ‘working class’ is meant the vast majority of the population. This includes all of us in the current society who are potentially forced to sell our labour for a wage, to be able to survive.