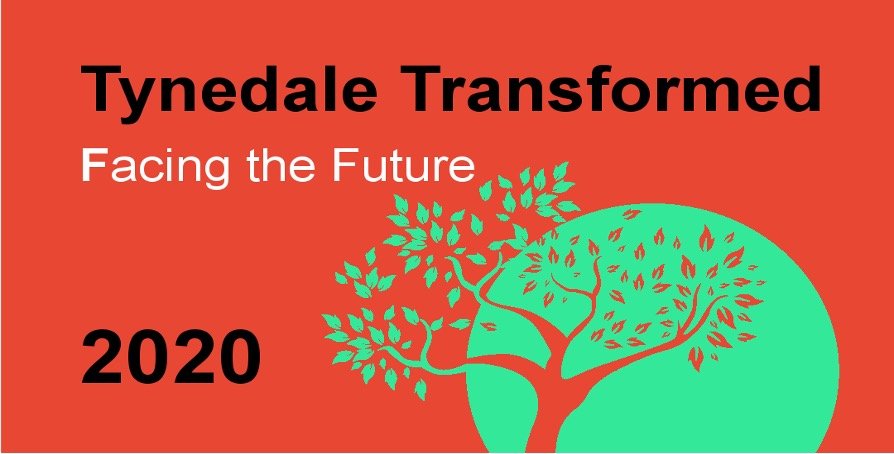 Here in Tynedale, a strip of Northumberland starting 23 miles west of Newcastle to the border of Cumbria and South to County Durham, the community are on the move. They have been for some time but lately Covid-19 has focused their collective minds. Technically, Tynedale was abolished as part of the 2009 structural changes to local government in England in April 2009, however, the name ‘Tynedale’ is still widely used to describe an area of 857 square miles with a population of nearly 60,000. It is very rural, dotted with small villages and includes the towns of Hexham and Haltwhistle. It has a Tory MP who has never voted against his Government on any issue. Not the sort of place where you would expect a social revolution to take place, and you may be right, but watch this space.

In March, when the pandemic began, communities across the UK, rose to the challenge, filling in the gaps as far as they could and the sense of unity and goodwill was tangible. People were fed, shopped for, driven to appointments, phoned up, checked on and the real challenges of people’s lives were revealed on a grand scale, at home and in the press. The impact of precarious living through the gig economy, ten years of cuts to public services, and insecure and poor housing, was seen and felt. However, suddenly all the homeless were housed, tenants were not evicted; furlough schemes stopped millions applying for Universal Credit and benefit rates increased. The Tory Chancellor was even accused of behaving like a socialist!

There was a clear recognition everywhere that people were having a tough time, especially in densely populated areas with little green space. In Tynedale, where we have more green space than anything else, we knew how lucky we were to be able to see the horizon and feel the ground beneath our feet. And, like everywhere else, the community was mobilised. New networks emerged and one example in Hexham was the creation of a Fresh Food Bank set up to complement the continuing donations to the food bank of dried and tinned goods. Despite furlough, lockdown and job losses Tynedale kept on giving. Zoom and online working was harnessed to enable the distribution of material goods and care. There was a sense of solidarity.

So, what happened… lots of things, fatigue, acclimatisation, confusion, normalisation and revolt. Face masks became contested items and we, as a nation, started to take an oppositional stance to the rules, as if the rules were the infection, not Covid- 19. This was driven by the subtle, but not uncommon, change in government rhetoric, where the balance of responsibility shifted away from them onto us. The narrative was now not about empowerment but of blame.

Then the Chancellor revealed himself as a Tory in socialist clothing and the gaps were only plugged temporarily. Work insecurity has got worse, redundancies are commonplace, the furlough scheme has all but disappeared, the Arts are on their knees, the NHS is under massive strain, privatisation has flourished, and tenants are now being evicted. The prediction is that there will be over 4 million people out of work next year and add the likelihood of a No-Deal Brexit into the mix and the prospects are not good for any of us.

So back to Tynedale. While all the above was playing out on the national stage a group of local people got together and formed Tynedale Transformed (TT), as a platform for social change and a conduit for the amazing potential and disparate groups and individuals who work to make Tynedale a good place to live, and who want to ensure its future. Tynedale Transformed has community organising at its heart as a means of building the resilience that we will all need in the years to come.

Community organising is not to be confused with the Big Society, where the state abandons its citizens, in the guise of decentralised democracy, and allows the private sector to profiteer from people’s needs. The Big Society came to prominence as a Tory policy in 2010 and it has not gone away. The PM’s conference speech in Oct 2020 stated, “But we must be clear that there comes a moment when the state must stand back and let the private sector get on with it”.

His vision of a profit driven, unregulated state infrastructure is as far away from Tynedale Transformed as it is possible to get. Community organising is a positive response to local needs and local agendas. Tynedale Transformed is about sharing ideas and working together to protect and enhance our lives. “It’s about imagining radical change and planning how to make it happen. And it’s about doing it together. Tynedale Transformed wants local, regional, national and international voices, tackling topics that affect us all here in Tynedale. Tynedale Transformed is based on inclusivity and a shared wish to examine the issues facing our communities and our world, encouraging a politics based on creativity, open mindedness and comradeship. We want to transform the way we live together. We want to start the conversation”.

Last weekend Tynedale Transformed held TT20, a festival which covered themes like the sustainability, community Initiatives, transport solutions, a real clap for carers, the role of independent journalism, the future of the Arts, re-imagining rural life, a radical history tour of Hexham, a flash fiction competition, local drummers, the Hexham Debates, The Women’s Banner Group, Songs of Protest, the Preston model, the NHS and Democracy. Two and a third days saw nearly 300 attendees and 41 panellists take to Zoom. The topics involved the local, regional, national and global and alternative visions for our communities were high on the agenda, starting with a provocation on the importance of Hope and ending with visions of Utopia. There was action and ambition and vision and the mood was positive. TT20 demonstrated that, despite these dark days, there is an appetite for change, for action and for agency. So, what next? As well as the platform continuing to be a dynamic place for discussion and activity Tynedale Transformed will be hosting events on every second Sunday where groups, individuals and ideas can take the stage. It will all happen on Zoom and will be recorded.

I wonder when the personal stopped being the political but perhaps that is a subject for another day. See you in Tynedale.

Add some sunshine to your breakfast.

Penny Grennan is community activist, writer, musician and painter. She has lived in the North East for over 30 years and is a member of the Labour Party. She stood as a Labour Candidate in the 2019 General Election for Hexham Constituency. She works as a supply teacher and is a WASPI woman. She has worked in Community Development and Adult Education for most of her working life and believes that developing community resilience is the way for the North East to weather the next 5 years of Tory rule. She has a PhD in the value of souvenirs.

Add some sunshine to your breakfast.