It is Alex’s view that Brexit is not over and that the UK’s relationship with Europe can still be improved. 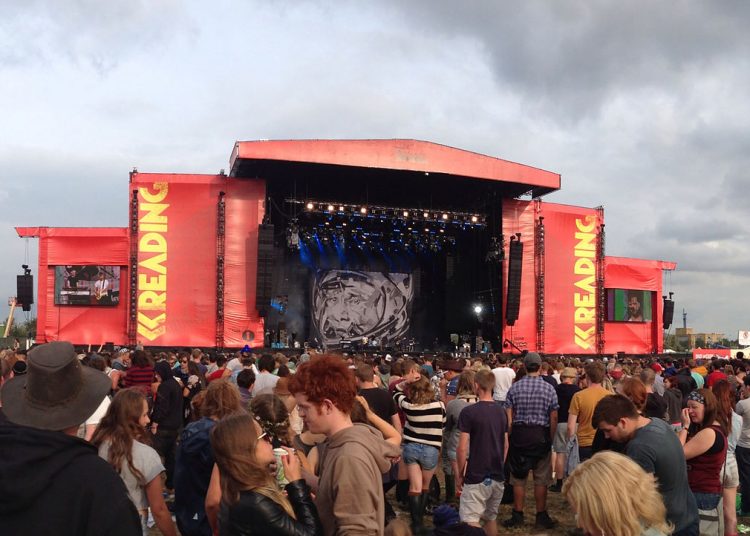 Festivals are a traditional part of the great British summer. After over a year when it hasn’t been possible to host or attend festivals, some tentative steps have been taken in 2021 and festival goers have once more enjoyed a few days of camping, great music and the time to chat, discuss and meet new people.

And for some, festivals are an opportunity to campaign and to talk with others about their strongly held beliefs and passions.

Reading Festival this year was no exception. Alex Gunter, a 23 year old, who is a member of Young European Movement, went off to Reading with the sole purpose of giving out stickers and having “serious chats about Brexit and its negative impacts” with other young people at the festival.

Alex found that despite the fact that the Brexit deal has been made, many young people are getting “itchy feet” about it.

I asked Alex about the decision to go and campaign at Reading Festival:

“Festivals are great places to reach young people. Before the pandemic I was involved in several festival campaign initiatives and again and again I was impressed with how receptive young people were when in party mode.”

Concerns over the music industry post-Brexit at Reading

“It’s even more fitting now the terrible effects of Brexit are starting to have an impact on our lives. There are many issues with the music industry alone that need to be tackled, let alone the supply chain crisis and end to freedom of movement. Brexit isn’t over, I’m seeing missed opportunities all around me. 2019 wasn’t ideal, but Brexit didn’t become a good idea overnight.”

Alex explained a little more about the Young European Movement:

“The Young European Movement is going to be one of the most important movements in British history, or so I think. After years of elite political battles and an overrepresentation of the older generation in politics, youth led politics are set to become a lot more important in years to come…”

The campaign group that Alex was working with was Berkshire for Europe, and as part of their campaign tools they gave out stickers saying ‘B******s to Brexit’. Whilst a strong message, it is also a powerful one.

Alex feels that their value cannot be over-estimated:

“Each individual sticker has the potential to reach thousands. One social media post could be seen by hundreds for example. Walking around the festival the stickers were impossible to miss. While only a fifth of festival goers had a sticker on, every single participant will have seen them. The stickers had an unrivalled reach.

“The stickers had one goal, to re-engage. Many people who were motivated against Brexit in 2019 had forgotten about it…Not realising that the musicians on stage were suffering. The Young European Movement wants to see young people re-engage with Brexit, and seeks to encourage them to think of the positives that Europe has for them. The stickers are the start of that process.”

Reading festival was an amazing success and really proves how the anger over parts of the Brexit deal is raw in many people’s minds.

It is Alex’s view that Brexit is not over and that the UK’s relationship with Europe can still be improved.

The Transporter Bridge: past and future