Red Ellen tells the remarkable story of Ellen Wilkinson, Labour MP who fought with an unstoppable, reckless energy for a better world. 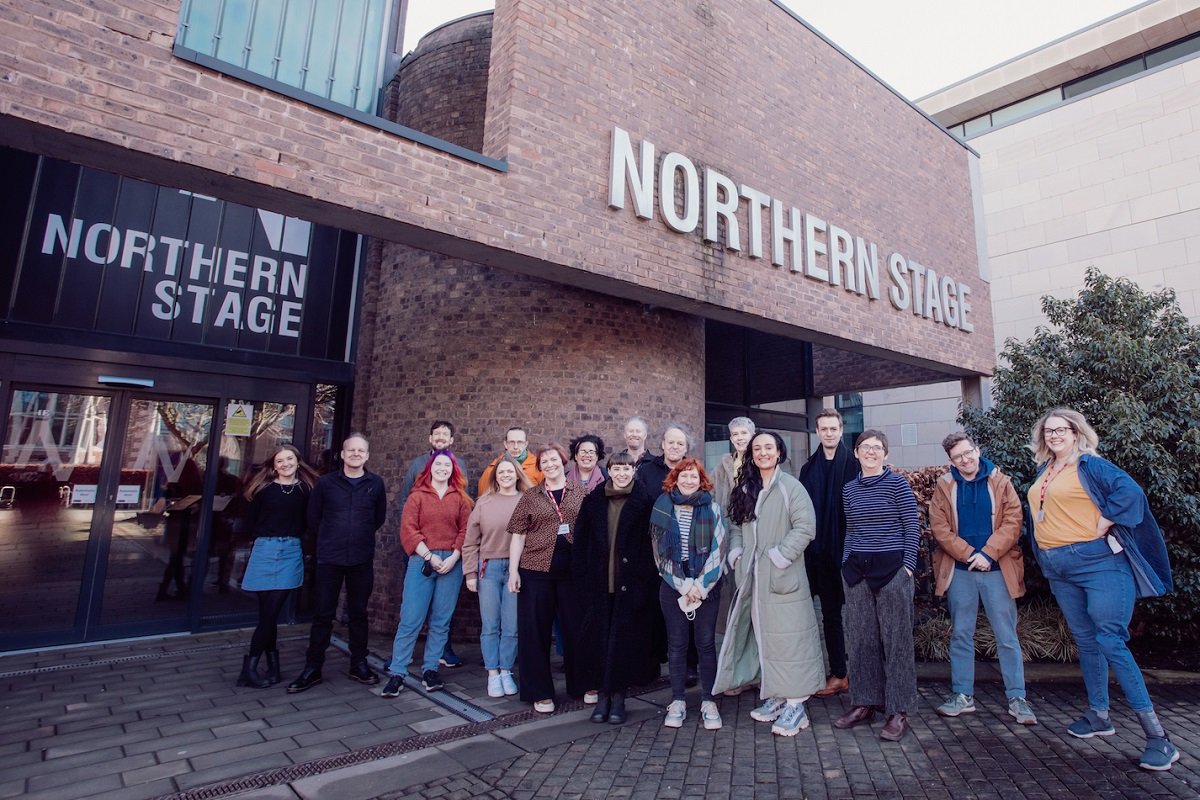 A new play from multi award-winning poet and playwright Caroline Bird,  Red Ellen  tells the remarkable story of Ellen Wilkinson, the revolutionary Labour MP who fought with an unstoppable, reckless energy for a better world.

A working-class woman in a man’s world, Ellen Wilkinson campaigned tirelessly for social change – bringing in free school meals and leading the Jarrow March from the North East to London through York, Nottingham and the Midlands to deliver a petition to reduce unemployment and poverty. She was the only female minister in Attlee’s government, and served as a vital member of Churchill’s cabinet, taking sole charge of air raid shelters during the war.

Further afield, she campaigned for Britain to aid the fight against Franco’s Fascists in Spain, battled to save Jewish refugees in Nazi Germany and published some of the first anti-fascist literature in the UK. Running (often quite literally) into the likes of Albert Einstein and Ernest Hemingway, she had affairs with communist spies and government ministers. But, despite all of this, she still found herself - somehow - on the outside looking in.

“Ellen was a complex person by anyone’s standards and she never stopped, but despite her herculean efforts, she is largely forgotten by history. The irony, of course, about ‘forgotten women of history’ is invariably the facts of their lives turn out to be acutely memorable: they’re not forgotten because they’re forgettable.

“ I’ve been living with Ellen Wilkinson in my head for about six years now and I can honestly say, after writing this play, Ellen has done the impossible: she has given me back a glimmer of faith in politics.

“We need politicians like Ellen… and we also need to look after them, and support them. She failed at so many things, and yet she was a total, stonking, miraculous, life-affirming, bloody wonderful triumph. A bright and particular star.  I hope that some of Ellen’s light can still reach us all the way down here, and that this play might reignite a spark or two.”

Director Wils Wilson, whose last production was the critically acclaimed Life is a Dream at The Lyceum, says:

“I am excited to be telling Ellen’s story – she had an incredible life and achieved so much, against the odds. Her story deserves to be known far and wide and I’m very happy to be part of bringing her to a wider public. I’m also very excited to work on Caroline’s brilliant script – it’s full of life, compassion and humour. Ellen’s life was a whirl of action and passion and the play takes the audience on quite a ride.”

Red Ellen will be published by Nick Hern Books on 31 March 2022, and was shortlisted for the 2021 George Devine Award, recognising new writing and powerful voices.

“What’s made me sad and reflective in terms of writing the play, is just how pertinent it is today. There’s a feeling that Ellen spent her whole life walking, marching down a moving walkway that was going in the opposite direction. She had the wind in her face. Sometimes she was having to fight just to stay still. And sometimes it feels like that now. We have to fight to keep what we’ve got before we can even move further along. And there was so much further to go on this march, so much further to go.

“And the left is divided. That’s the other thing that Ellen really fought for. She wanted unity. She was like, if we’re going to embody any kind of energy we need to have a team rather than factions. And she was right that squabbling on the left does strengthen the right. And so many of the speeches and the questions and the trouble that she was trying to illuminate are exactly the same now.”

Red Ellen  is a Northern Stage, Nottingham Playhouse and Royal Lyceum Theatre Edinburgh co-production and will tour to Nottingham (13-30 April), Edinburgh (4-21 May), and York (24-28 May) after its Newcastle premiere (25 March – 9 April).

For more information or to book tickets visit Northern Stage

Look out for Red Ellen on BBC 2 this Friday at 7.30pm when Caroline will be on the first episode of the new series of  Inside Culture with Mary Beard.