How a German Jew managed to flee his homeland in the 1930s and re-establish his business in Guisborough, Cleveland. 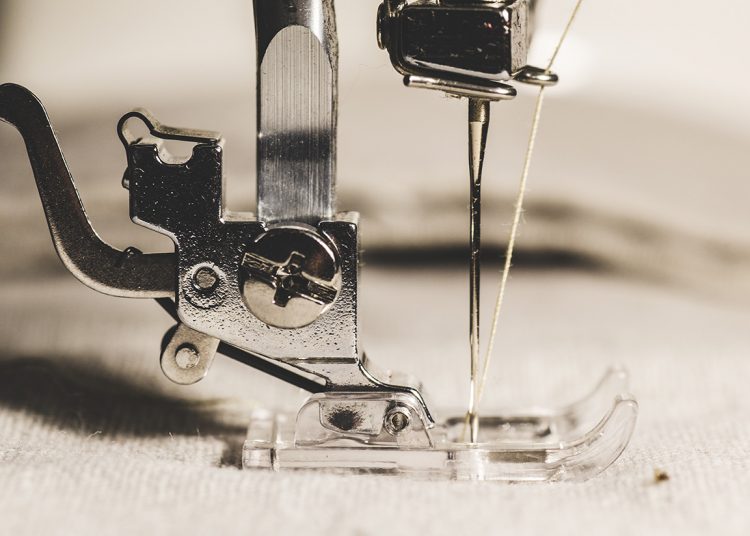 Photo by Restuccia Giancarlo from shutterstock

Behind the glitz and gilt of the Jubilee, normal life (‘normal’ as defined by Johnson’s henchmen and women) goes on as normal – and nowhere more so than in the area of refugee policy. Behind the bunting on Buckingham Palace and the morning suits and fascinators at St Paul’s, the Home Office’s Borders Agency staff in a grey airless office block in Croydon are now booking the first planes from whatever carrier can be cajoled to take a cargo of unwilling Syrian refugees to Rwanda, and on a broader front to construct a hundred different stories as to why the UK, out of all the major European nations, has the fewest Ukrainian refugees per head of population.

It was all so different in the past.  The past of  – say – John Major, the two Harolds (Macmillan and Wilson) or Clement Attlee. No. I’m going back to even earlier times – the late 1930s of Baldwin and Chamberlain.  A few months ago I wrote of the Basque children who found refuge from Franco’s air forces here in the North East, and now I want to concentrate on one Jewish refugee family who evaded Hitler’s SS and helped the prosperity of a large Teesside community as their thank you message.

This prompted me to recall a now demolished local landmark for my younger self; the big clothing factory that stood on the junction of West End, Middlesbrough Road and Park Lane.  It seems only yesterday that these modernist style works – always known, despite whoever run it at the time, as the shirt factory was lively and busy. But no more, and yet another anonymous hammerhead estate known as Roseberry Mount now lies on the site. The name, Roseberry Mount, is yet another developer’s invention designed to try and instil a feeling of faux historic localism.  Now if I had any say in the matter, I might have suggested a different name, one that would be a bit of a mouthful (and would probably have been rejected because of that) “Schmulewitsch Avenue”

Schumulewitsch?  I refer to a really interesting man, a man who not only managed to play an audacious fast one on Adolf Hitler, but a man who also provided employment for many hundreds of local people at a time when a job – any job – was something to dream of.

Zelig, his wife Sarah and their five children arrived in Britain in tumultuous times.  His family roots were in the City of Leipzig, some 120 miles south west of Berlin, and where the family ran a small tailoring and textile factory in that city’s Fishbine Strasse.

For our purposes, the story begins on  1 April 1933, as Zelig walked back from his office to the family home on Leipzig’s Menek Strasse.  On that day, the newly elected Hitler government enacted its first decree – an “official” boycott of Jewish owned shops and businesses. He saw a group of Brownshirts outside a friends Coffee House – the Kaufhaus Gebruder. One of them had once worked for Zelig, and spotting him shouted “here’s another delinquent” – a signal for the group to then systematically beat him up on the street.

Escaping from the mob, he got home.  It was clear to him, and as he told his family what had happened, that there was from then on, no life that could be led in the once peaceful Leipzig, or, indeed, anywhere in Germany.

Right there and then the family resolved to make plans for leaving the darkening shades of Germany.   Their story was later retold by a later family member, Chaim Rockman in a family biography None of them were heroes.

It was Zelig’s two older sons, Max and Herman who made the first move by travelling to London, ostensibly as “exchange students” but with the purpose of studying the moving of the family business to Britain. This had to be done in a hurry as they knew that the new government was working on laws to prevent cash transfers out of Germany. Accordingly, at the same time as his sons were on the ferry London bound, Zelig moved to transfer all the liquid, non-fixed, assets of the firm to a new account with Barclays in London.

The two boys continued on their own quest, and, once in England, Max met an old family friend, Isaac Bellow, the general manager of Bellow Engineering in Leeds, who explained how the British government had introduced new policies designed to attract new and footloose industry to the unemployment blackspots of the North.

One area – a market town on the outskirts of Teesside called Guisborough – looked promising.  It was in an area of the North East eligible for such assistance and there was a large female labour force with no nearby competitors in the textile and clothing trade to compete with.

Bellow, who himself would benefit by selling his textile machinery to a new customer, made all the arrangements to launch the new company, acquire the land and get the new buildings erected.

Bellow, as the intermediary, contacted the local authority, Guisborough Urban District Council. They confirmed that an area of land to the west of the town proper and in the boundaries of a sewage and water treatment plant was vacant and could be offered at a starting rent of £52 a year. The council minutes record that the inquiry was for a factory that could possibly employ up to 200 people.

They further recorded that as the prospective owner “was not a national of this country” permission of the Home Office had to be secured to allow the owner to enter the UK and then to establish the works. It seems that Bellow approached both the sitting Tory MP for the Cleveland Constituency, Robert Bower and also the neighbouring Middlesbrough Labour MP. Alf Edwards.  It is probable that the heavy lifting in securing this permission came from Edwards, as it was said later by family members (and with justice) that Bower “was a noted anti-Semite”.

Bellow had come through with his promise, but there still remained the question of getting the remainder of Zelig’s capital out of Germany and into Britain under the noses of the Nazis. The ingenious ploy adopted was to use some existing English customers of Zelig to act as a cash conduit, and only transferring a small part of their purchase monies to Leipzig, with the balance going into a new Barclays account in London.  That would provide the seed corn for building the factory.

But the big key hurdle was liquidating the Leipzig business and then transferring the resulting cash and physical assets to Britain.  Here a stroke of luck and a very brave friend of the family came into the equation.  Herman had an old college pal (no name given) who had acquired a senior job as an accountant in the German Trade Commission offices in Leipzig.  Although he posed as a loyal German civil servant and kept his counsel, this friend was an active member of one of the surviving cells of the German Communist Party (KPD) in the city. The friend, in great secrecy, passed on to the family that he had spotted that there was a loophole in the new exchange control policy which could be used – but that this had to be done speedily before the authorities realised that this loophole could help fleeing Jews.

In the new legislation, there was an exemption for people who held German passports issued in German ‘colonies’ to allow them to pass assets into these colonies from mainland Germany. One such colony was the former German East Prussia, high on the North Baltic coast but now geographically separate from Germany proper due to the Versailles Treaty. Zelig had been born in East Prussia’s capital, Konigsberg and was thus able to use this loophole.

With the direct, but discreet help of Herman’s friend, the remaining material and plant of the Leipzig works was dispatched to a new nominal site in East Prussia.  But once there, it was then again moved speedily onto a boat and from there to a dockside in Hull.  All this was done in the name of Zelig’s sons who were already safe in Britain. The cash assets were moved into a nominal company and from there, used to invest, via an arm of the German Trades Commission Zelig’s friend worked for, in a new “shell” subsidiary British Company. That done, all that remained was for Zelig and the rest of the family to follow on another boat across the North Sea to Newcastle.

That final stage, according to Chaim Rockman, was easy-peasy. At that time, in mid 1934, the Nazi state was still in an infant stage and did not yet have the means to monitor every Jewish family in the country. or every bank account movement. This was even more true of outlying former German colonies like East Prussia, and Chaim Rockman recalls family legend that the authorities in Konigsberg were only too happy to see off an unknown (to them) Jewish family. The officials, he said, saw it as a triumph that they had got rid of a large Jewish family who would otherwise pollute the new Aryan Fatherland.

By the New Year of 1935, the entire family, Zelig, sons Herman and Max and younger son Shonki, Zelig’s wife Sarah and daughters Dora and Berta and Berta’s husband Jack were safe on British soil living in the Gray House on Linthorpe’s Cambridge Road, a location easily commutable to the new Guisborough factory which opened the following year.

What happened to the unknown friend?

Hitler, the Brownshirts and the Gestapo were now a long way away.  One wonders what eventually happened to the very brave, but unknown friend of Herman, who had literally risked his neck (and this is literal, as Germany still used the guillotine) to help Jewish friends, and who, if caught, would probably have had his politics exposed whilst undergoing torture.  These two crimes would have meant that if caught there would have been no escape for him. So, did he escape detection and survive?  No-one, including Chaim Rockman, knows.

The Guisborough Shirt and Underwear Company

Zelig’s new factory – the Guisborough Shirt and Underwear Company as it was titled  – started operation at the same time as Britain as a whole became conscious that war with Nazi Germany was inevitable, and paradoxically, the factory became buoyant and highly profitable making uniforms and battledress for all the services in readiness for that conflict and employing many hundreds of local workers.  The fact that this success had been built on the back of German cash once in the control of the German Government would probably have induced apoplexy on the part of the Nazi high command if they but knew!

The works continued life into the very late 1990s but in common with most of the North East textile industry went under in the harsh trading conditions of the time. It’s just a shame that its story is unknown to all but a few. Hopefully this will help to partially redress this.