The event is being organised by Loujane Alasi, who is Media Communications Officer for Success4All, an education charity based in Newcastle. 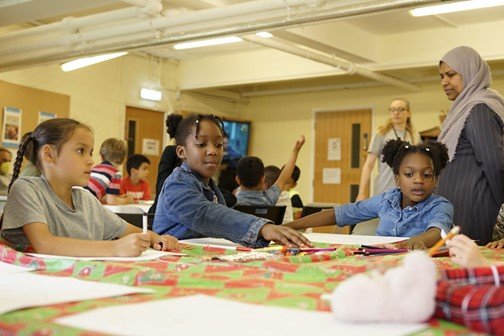 Representation Matters is an upcoming event as part of Black History Month.

The event is being organised by Loujane Alasi, who is Media Communications Officer for Success4All, an education charity based in Newcastle.

Success4All is an education charity based in Newcastle. It prepares children and young people for a brighter future. Their Learning Hubs, Bus, Clubs & Summer Schools are spaces where they engage, equip and empower children, young people and their families.

We asked Loujane about her motivation to plan the event and what she hopes to achieve. She said:

“Part of my role as a Media Communications Officer is to network with other charities and organisations from the region. Over the last 10 months, I’ve attended several workshops and events, however, at most events, I didn’t see people who looked like me or the diverse communities that exist here in Newcastle. Coming from a built environment background, I was used to it, but I expected a little more from the charity sector, considering many exist to tackle inequality.

“I’d like attendees to have the discussion within their workplace and implement change within their organisations. I want them to see it [lack of representation] because I think so many are oblivious to it.

“If you’re a charity, representation within your workplace should be at the forefront, because otherwise not only could you be missing out on providing support to several communities, but you could be harming the communities that you set out to support in the first without realising.”

Representation Matters in the commercial and non-profit sectors

How does the non-profit sector compare with the commercial sector in terms of representation?

“When you look at the data it’s very shocking, only 4% of North East charity CEOs and Boards of Trustees are from ethnic minority backgrounds. The North East charity sector has one of the lowest rates of representation in the UK, which is disheartening especially considering that we have so many communities that call Newcastle & Gateshead home, and now we’re a city of sanctuary.

“The North East has a rich culture, but that isn’t reflected in the charity sector nor the commercial sector. There’s still a lot to be done in both.

“With Black Lives Matter and the murder of George Floyd, many commercial organisations pledged to make a difference, but it seemed to me that the charity sector, particularly here in the North East, remained silent, as though to say institutional racism wasn’t an issue within our sector.”

And how does structure and culture within an organisation tend to reinforce inequality? How can this change?

Loujane recognises that the answer is far from simple;

“The answer to the question is complex… What I will say is that the white saviour narrative is still very much ingrained in the sector, whether that is intentionally or not, it all relates to how the sector reinforces inequality. Look at how many charities have been exposed over the last few years and look at the communities that they reportedly support. The power dynamics at play & the privilege to access communities are often abused, which again reinforces inequality.

“A paradigm shift is what needs to happen. The sector needs to dismantle institutional racism and we need to see more action from charities. You can’t fight inequality in society when your charity reinforces inequality.

Representation Matters is aimed at anyone in the voluntary and charity sector, so from volunteers, employers or those who are considering becoming trustees.

You can book your tickets via Eventbrite

And finally, in Loujane’s words:

“The event isn’t about burning bridges, it’s about widening the narrative of representation and reinforcing that representation in the charity sector matters. If we don’t have this conversation, then nothing will change.”