Resisting the far right in the North East

There remains a real danger that UKIP could become more racialised. 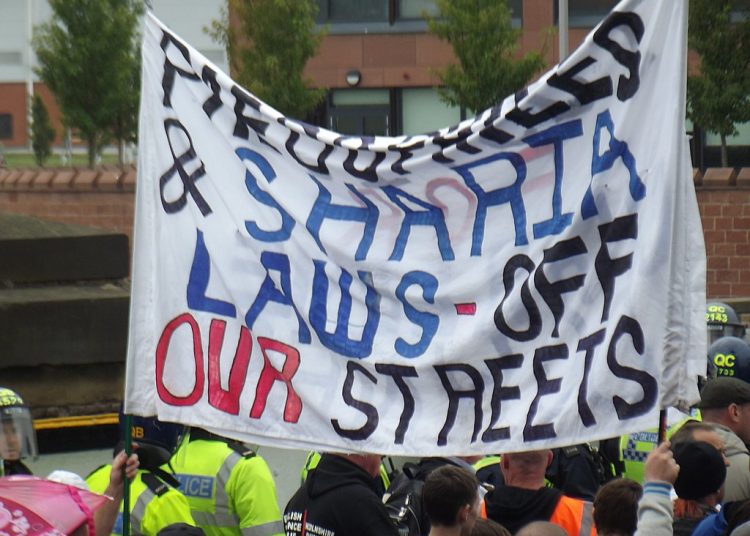 Right-wing extremism is on the rise in the North East according to a recent report by the community safety body, Safe Newcastle. The extreme far right, with its pernicious racist ideology, is as much of a menace as its close relative, radical Islamist extremism. Both feed off each other to bring discord, division and fear to our region. The rise of anti- Muslim viewpoints is not just confined to the UK but is present elsewhere in Europe too.

That’s why a programme to challenge extremism in the region’s school and FE colleges is to be welcomed. The growth of right-wing authoritarian nationalism coupled with the rise of anti-minority hatred is becoming entrenched in several liberal-democracies, including Britain. The anti-terrorism expert Rob Wainwright, of Europol, claims that the next worrying development after radical Islamism, is the ”significant rise in nationalist, xenophobic, racist and anti-semitic sentiments across the EU, each resulting in acts of far-right extremism.”

Although the far-right UKIP, with its focus on white identify politics and stringent immigration control, poses no real threat to our national security or democratic way of life, other extreme far-right groups do.  According to the Teesside University historian Paul Stocker this phenomenon is not toy-town fascism, and drawing attention to the need to counteract it is not a moral panic but is firmly rooted in moral realism.

According to the anti-racism charity Hope Not Hate, Britain First is ”probably experiencing rapid growth on the far-right”. Some of its members have tried to join the Conservative Party – ‘entryism’. It has supplanted Nick Griffin’s quasi-fascist BNP, which is virtually defunct. With its populist anti-migrant programme and commitment to street politics based on direct action against Muslims, Britain First strongly resembles the inter-war British Union of Fascists (BUF) led by Oswald Mosley. Staunchly racist, antisemitic, homophobic and Islamophobic, many of its members are known football hooligans with criminal convictions.

In 2017 central government added the extreme right-wing terrorist group National Action to its list of proscribed terrorist organisations. National Action, self-defined neo-Nazi party with an active membership of 200 and a social media presence, staged a number of protests in both Sunderland and Newcastle four years ago. Its brother the English Defence League (EDL) was in the region’s streets two years ago. The group is motivated by racism, intolerance and hatred of social minorities.

As the Home Office points out, it has no place in the UK’s political culture. MI5, the state’s internal security service, has noted there are legitimate concerns that British – and sometimes foreign-born neo-fascists have connections with a European wider terror network. According to figures obtained from the Home Office, hate crimes against Muslims soared by 70 per cent in 2018-19. The Government’s Prevent programme has witnessed a surge in far-right referrals. 44 per cent of cases across the north of England were connected with extreme right-wing activities. And 57 per cent of ‘lone-wolf’ foiled terrorist attacks on English soil have been instigated by right-wing extremists.

The social characteristics of the extreme right display similarities to those who subscribe radical Islamism or to extreme left-wing domestic organisations like the Militant Tendency which had a power base on Tyneside in the 1980s. This is known as the ‘horse-shoe’ theory, where extremists from both the far-right and fundamentalist far-left come together in their mutual contempt for parliamentary democracy, difference and the ‘other’. These sects or cults have become ironically symbiotic. Their inter-dependent relationship with one another contributes to their continuation and survival. Some are psychologically fractured people with authoritarian personality disorders. Others are socially marginalised, seeking out scapegoats, or alienated from the wider community with embedded sets of grievances. All have bought into a divisive, hate-driven and poisonous narrative.

Although many rank and file members are drawn from a disenfranchised ‘lumpen-proletariat’, the leaders of far-right parties tend to be university educated. Some have found a niche in deregulated large scale bureaucracies built on rigid hierarchies.

The rise of the far-right is attributable to a number of factors. Firstly, according to Eatwell and Goodwin, some are both economically and culturally insecure in an era of rapid change and globalisation. Secondly, the sharp growth of fundamentalist Islamist extremism has fuelled support for white supremist groups like the Tommy Robinson’s EDL, or lone actors like the Durham teenager now in prison. Thirdly, as a response to the ‘loss of centre’ in post-truth politics. Fourthly, the election of the populist Donald Trump to the top job of US president in 2016 spawned increased cases of racial hatred in North America and the UK. And fifthly, it’s been argued by John Higgs in ‘Watling Street’ that the adoption of identity politics by the liberal-left with its pre-occupation with gender, race and sexuality to the detriment of class inequality and social patriotism, has ”greatly strengthened’ support for right-wing populism among the region’s left-behinds and left-outs.

For others, Brexit has unleashed a strand of intolerance. The rise of Marine Le Pen’s NF in France (with the tacit approval of the Russian President Putin), where she gained over 10 million votes in 2017, and Geert Wilder’s Dutch Freedom Party, has helped to forge the world view of ne0-fascims last seen in the 1930s.

There remains a real danger that UKIP or even Nigel Farage’s re-launched Brexit Party into the new Reform Party could become more racialised. If Boris Johnson’s Brexit strategy and programme fails to deliver in the North and Midlands, these parties could enjoy a future resurgence in the region’s urban towns and coastal communities. They already hold a number of council seats in both Hartlepool and Sunderland, and they polled well in local elections in Newcastle’s east end.

As Europe has become infected with a troubling strand of far-right populism, we as a region must reaffirm our commitment to the democratic values and norms of parliamentary democracy, equality of worth, the rule of law, mutual tolerance and a respect for other faiths and belief systems. We must never let extremists turn people and their neighbourhoods against one another.

Funeral planning: looking at clouds from both sides...