Pop up placard display in Brussels 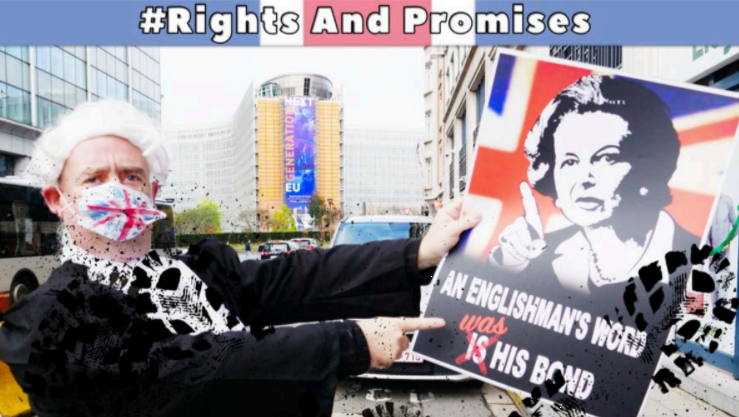 A pop-up placard display on Brexit is happening today at 1pm in Brussels. The Brussels hub for pro-European UK grassroots networks, Pro-Europa is holding an event outside the European Council in support of a good outcome from EU-UK negotiations. They also plan to warn the UK Government against breaking their promises and ignoring the needs and desires of the British population.

“Most British people want a close and constructive relationship with Europe, as seen in poll after poll – even more so with Covid-19. Where are the promised benefits of Brexit? People feel their rights are being trampled on, and their wishes ignored.”

The event is taking place ahead of the European Council meeting on the day when Prime Minister Johnson claimed he would walk out of talks if no deal were reached.

The Covid-secure event features a display of placards from grassroots organisations on the theme #RespectOurRights #KeepYourPromises. The artwork depicts the hopes of the UK public, and the promises made in the 2016 referendum, which have been largely trodden underfoot. Themes include safeguarding standards, maintaining close ties and protecting people’s rights, livelihoods and prosperity. Event organisers are calling for the UK government to negotiate in good faith, for the sake of the nation’s honour and reputation, and with citizens’ interests at heart.

The event will be live streamed for supporters on Facebook from 13.15.