There has been a rise of the far right in the last few years. Somehow it has become the new normal: acceptable and even respectable 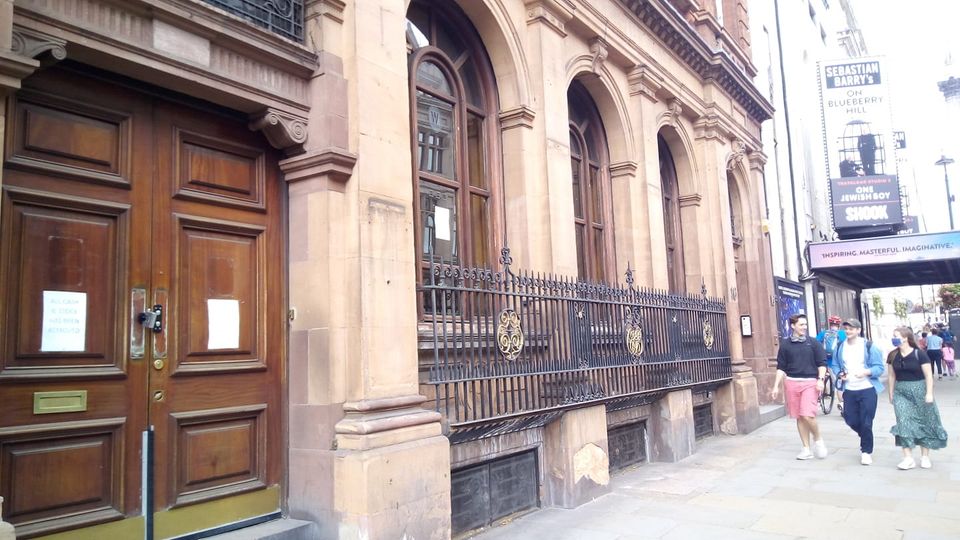 The Lord Moon of the Mall is now closed. Photo by Gareth Kearns

The ‘Spoons as was on Whitehall, then The Lord Moon of the Mall, has now closed. It has the distinction of being the last ‘Spoons I patronised. Although I’d chosen to boycott Tim Martin’s pubs for some while, I made an exception on Brexit day, 31st January 2020. I went to The Lord Moon for a vegetarian breakfast.

There were some familiar faces who sat a-glowering at me across the pub, somewhat discombobulated by my presence. (I am a regular protestor against the government outside parliament.) It was about 9.00 a.m. and they were only on their second pint and not yet quite dumb enough to try something in public. There were only four of them, which, in my experience, is not a sufficient number to warrant an attempt at intimidation upon one person, at least not before a fifth pint: the mathematics of thuggery is interesting.

I enjoyed, in a leisurely manner, my food. I do have to hand it to ‘Spoons: they do a nice veggie brekkie). I ignored the mutterings and glowerings from across the room. Indeed, my meal enjoyed, I ordered another coffee and scanned the day’s morning news on my phone.

At about 10.15 I forced myself to concede that I was, by now, just taking the proverbial, and left them to indulge in their dark discussion of just how lucky I’d been that they were content to be magnanimous.

I wished to catch some of the day as members of the ‘far right’ gathered in Whitehall and Parliament Square. I did not plan to stay for the evening as they had started drinking determinedly so early in the day, but I figured I could hang around and get a feel for what was going on. It was their day; I wasn’t going to protest against them – what would have been the point? – but I thought I’d observe.

Then a crowd of them including a guy in a union jack hat who’d glowered at me in the pub surrounded and mobbed me. One of them had to be told that I was, as they put it, ‘one of them’ as he was not a regular and merely assumed that he and his chums owned the street. Once he was informed as to my status, he stole my phone.

The place was full of police and they retrieved my phone. The robber was not arrested. An hour or so later I made my way home.

That night the police were called to The Lord Moon, and there were ‘altercations’, the police, of necessity, in full riot gear.

Why do I bring all this up?  Well, it’s because I have had some experience of the emerging right wing. There are lots of them, and they are emboldened. We have seen people proudly publishing their delight at children drowning in our seas. Proudly so. With their names. For all to see. I mean, I’ve never doubted that such people existed, but they’ve usually been a bit coy, talked amongst themselves in huddled corners. Not now. Now they publish for the world to see. The world is theirs; they are the new normal. Perhaps you saw the video of Billy Steele telling those of his fellow tube riders of black heritage that “you’re all going back” and “you’re my pets” before he was laid out unconscious by a man who probably oughtn’t to have responded so, but was, it must be granted, provoked to an extreme degree.

Indeed, we’ve even seen the emergence of paramilitary types patrolling our seas and shores and attacking people.

The Brownshirts of 1930s Germany were such a paramilitary. Thugs given a veneer of respectability because they obeyed the ruling class who were not, themselves, in the habit of laying into people in the street. They didn’t have to. Nigel Farage doesn’t beat up refugees. He doesn’t have to. He has thugs to do that for him.

That is the Britain of 2020. Posh boys promoting to thugs the notion that thuggery is, in fact, respectable. And the country that held the line until the Americans finally decided that, yes, Nazism was bad (though they themselves don’t seem quite so emphatic on this point just at the moment), is now falling over itself to give Hitler his victory by the back door.