Riots in the USA: whatever happened to democracy?

It wasn't until a day after the mob violence that Trump finally admitted defeat as top aides and fellow Republicans began resigning leaving him increasingly isolated. 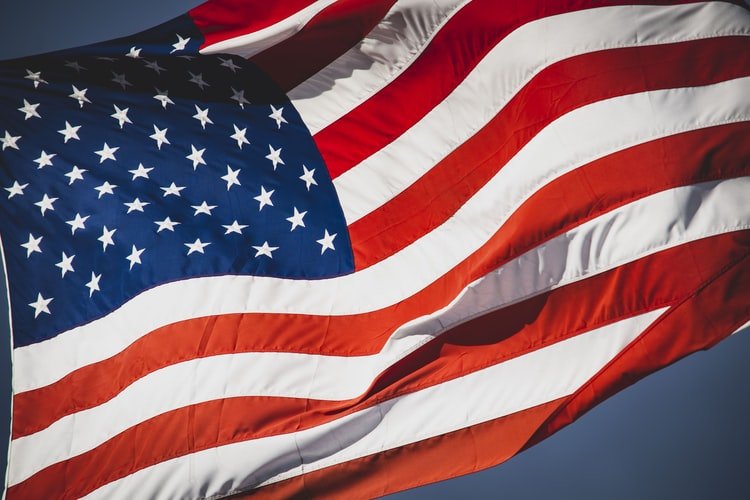 America needs our love right now. Four years of poisonous rhetoric from a mean-spirited, spiteful, egotistical, disgusting, self-styled demigod at the helm in the White House came to a violent head this week as Trump supporters stormed the Capitol building egged on by the President himself who refused to concede defeat in the immediate aftermath and only stated, begrudgingly after four people lost their lives, he would support an orderly transition of power, whilst still baselessly claiming that the election was stolen via fraud. It wasn’t until a day after the mob violence that Trump finally admitted defeat as top aides and fellow Republicans began resigning leaving him increasingly isolated.

The terrible scenes that we witnessed in Washington DC and elsewhere across the USA on Wednesday, as senators met to verify the electoral college votes, were the culmination of a discordant, disgruntled, white nationalist movement that believed their time had come and that Trump, Pence and co were going to lead them to a new Nirvana where women would know their place and black people would be confined to ghettos, not to mention the Mexican children caged at the border whose parents probably should have been sterilised, or the scientific community whose years of evidence-based warnings about the climate, zoonotic diseases and cyber wars should be shouted down at every opportunity.

The morning after Trump won the presidency in November 2016 I stood outside the US Embassy in Berlin with strangers who, like me, were numb with shock. People created a spontaneous shrine with flowers and candles, and one man left his US passport with the words RIP Democracy scrawled across it. However shocked we all were then and now we must acknowledge that these anti-establishment movements do not come out of nowhere. As with Brexit the conditions for the Trump presidency were years in the making and we all carry a responsibility to make sure we learn the lessons so that no more lives are lost nor communities riven with hatred and division.

In the UK the murder of Jo Cox by a far-right sympathiser, a week before the referendum in 2016, should have been a wake up call. Farage’s demonisation of foreigners after two decades of drip feeding lies about the EU, whipped up to a frenzy by the Daily Mail and the Murdoch press, had been seen as fair game by a hard right rump in the Tory Party. Theresa May’s ‘hostile environment’ simply wasn’t hostile enough. Labour, running scared, tried to ape it with phrases such as ‘British jobs for British workers’. The stage was therefore set for the Home Secretary, Priti Patel, to push through one of the harshest anti-immigration policies this country has known, forgetting her own family’s route to the UK in the process, and potentially paving the way for more anti-migrant hate crime in the UK.

Populist politicians exploit people’s ignorance about the complexities of modern society and play on their understandable anxieties and insecurities. The financial crash broke a bond of trust between ordinary people and those who should have known better. If your pension fund was denuded because of traders playing fast and loose on the stock market you simply recognised that they were part of the ‘establishment’, the ‘elite’, the ‘swamp’, and into that murky cesspit were swept all other ills that bedevilled society.

Reason and evidence were in large part abandoned and various disinformation cults began to thrive, circulating online with little or no regulatory framework and exploited by hostile powers. The brazenness of QAnon leaders rampaging through the Capitol building is testament to the worst excesses of Trumpism which has also praised the Proud Boys, a militant wing of the white supremacist movement. A sickening re-creation of George Floyd’s murder was even played out on the steps of a church in the Capitol, captured on video under a Black Lives Matter banner.

But this is no Hollywood blockbuster. This is real life in the richest country in the world where the outgoing president has been using his last vestiges of power to auction off indigenous lands and vast tracts of the Arctic to fossil fuel companies, to stuff the courts and other institutions with Christian fundamentalists opposed to women’s rights, and to execute prisoners on Death Row who might have expected clemency from the Biden administration.

Whilst our Conservative government has been getting extra-chummy with the Trump administration in the hope of striking a post Brexit trade deal, the EU has been trying to tackle many of the complex intersecting issues that feed right wing populism, cracking down on corruption, tax havens and opaque financial transactions, tying trade agreements to human rights norms and championing media pluralism.

It is notable that the European Parliament had more success at getting Mark Zuckerberg to give an account of himself and his corporation than Westminster. And there’s a renewed effort to promote citizenship education and digital literacy throughout the 27 Member State bloc, with a conference on the Future of Europe set to engage with civil society. EU leaders have also been unequivocal in their assessment of Brexit which many see as the result of liar politicians who eschewed the common good in pursuit of power at any cost. It is a lose-lose situation, except for Putin and Le Pen of course.

Trump famously said that the EU was his enemy ahead of a meeting with Putin and demonstrated his allegiances by cosying up to Farage, then courting a willing if slightly awkward May, and enthusiastic Brexiteers Gove, Rees-Mogg, Johnson and the rest of the cabal. Photos resurfacing and circulating on social media in the hours since Trump incited the rioters show this ‘special relationship’ and should be causing sleepless nights for all decent Conservatives, as too the fact that their party is in an alliance with the far-right German AFD party in the Council of Europe.

If there’s anything that the last few days have taught us it’s that we need quality democracy and voter education not just lip service to an outdated notion of democracy as trumpeted by the privileged largely white male political class. And be careful who you call your friends