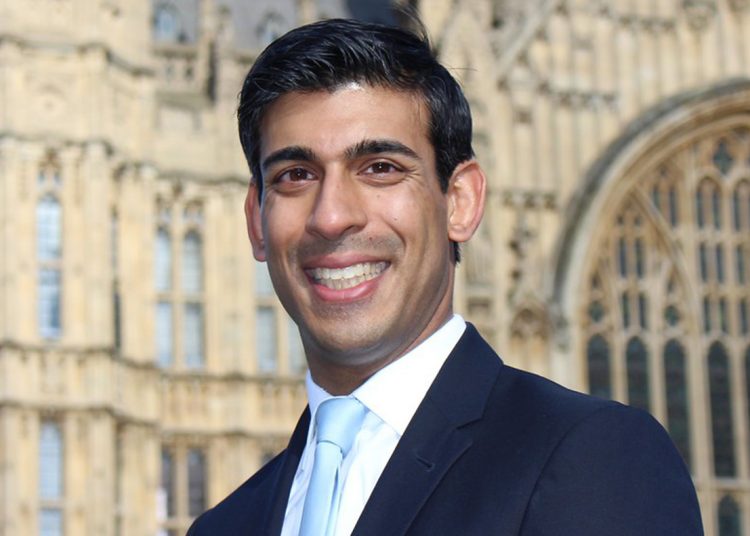 Rishi Sunak, the UK chancellor of the exchequer, has unveiled a £15 billion package of measures to help households with the cost of living, after energy watchdog Ofgem announced it would probably be increasing the price cap on energy bills by over £800 a year to £2,800 in October. Picking up part of the tab are oil and gas companies, with a temporary windfall tax that is expected to bring in about £5 billion. We asked four experts what they made of the announcement.

The chancellor’s pledge to give £15 billion to help households with the cost of living crisis finally targets help where it is needed the most.

The package of measures, partially funded by a windfall tax on oil and gas companies, includes a series of one-off payments. There will be £650 each for the 8 million lowest income families, £300 for pensioner households and £150 for households who get non-means-tested disability benefits.

Local authorities will also be given an additional £500 million to provide discretionary help to low-income households, while all households in the UK will receive £400 (they were already set to receive half of this as a loan later this year, but will no longer need to pay it back).

The chancellor claims that the new package of measures will provide the most vulnerable households with £1,200 to help with living costs – broadly equal to the expected total rise in household energy bills over this year. This takes into account that the price cap, which sets a maximum limit on household energy bills and soared by 54% (£693) in April, is expected to rise by a further £830 in October.

But energy bills are only part of the pain facing UK households. Food prices are currently rising at an annual rate of 5.9%, and could go much higher. So even with these payments, households on the lowest incomes are still likely to struggle.

The universal payment of £400 to every household will also go to many households who could manage without it. As the Institute for Fiscal Studies has noted, this risks adding extra spending to the economy which could add to the pressure on inflation.

The fear is that the Bank of England might then put up interest rates even further, increasing the cost of mortgages and other debts. Despite these reservations, the new measures are to be welcomed. At the second attempt, Rishi Sunak has targeted government support more wisely.

With 12 million households expected to be in fuel poverty when Ofgem raises the energy price cap in October, the UK government has decided to give out paltry sums of money, with just 8 million of the poorest to receive the maximum amount. It is not enough, given how much further energy prices are expected to rise this year – far beyond the amounts being offered.

When we talk about fuel poverty we often hear about the decision families have to make over whether to “heat or eat”. But with ever-rising energy and food prices, despite these payments, this coming winter there will be large numbers of people who struggle to do either.

The new windfall tax comes with a sunset clause that says it will be removed once oil and gas prices fall. But instead of this, the industry should have to pay long-term taxation on their historical profits from contributing to the climate crisis. Then, if we are to have any hope of averting the crisis, we need national and international plans to manage the decline of the industry and completely eliminate it by 2050.

Let’s not forget that the fossil fuel industry has spent billions on lobbying against measures to tackle climate change and stymieing the growth of renewable energy. Its successes will cost the people and governments of this planet huge sums of money as they are forced to rectify and adapt to the damage they have done.

As an economist, I think windfall taxes in a competitive market environment are a terrible idea. On the one hand, Chancellor Rishi Sunak wants the oil companies to invest more money in the North Sea. On the other hand, when they make money, they are taxed extra.

A lot of the profit from companies like Shell and BP is coming from the refining side just now. Refineries were losing money for years, and throughout Europe, they have been closing, raising serious concerns about energy security. As soon as they start making money, we tax them extra. I don’t see the logic in that.

The reason the refineries are making money, apart from the Ukraine war, is that oil companies haven’t been investing in new capacity for fear that the net zero agenda will prevent them from making a return. In the last couple of years we’ve lost around 4 million barrels of daily capacity from the global oil supply.

I strongly disagree with the argument that the windfall tax is a way of getting us to net zero faster. The energy transition has to be managed from the supply and demand point of view. The easy buttons for governments to press have always been on the supply side, but they are not doing anything to discourage demand.

If anything they are subsidising it – such as charging only 5% VAT on heating in the UK, which lets rich people heat big houses at lower costs. Curbing supply while letting demand flourish means higher prices. This is what the windfall tax will do, by further discouraging investment.

But the reality is that, during the process of energy transition to cleaner fuels, we still need fossil fuels to serve the demand for energy. To change that situation, you have to tackle both supply and demand at the same time. One way to balance these policies is to implement a carbon tax.

Also, why single out the oil and gas industry with this windfall tax? Why don’t they impose one on law firms, which have been making a fortune in the last couple of years? Or internet companies like Google and Twitter?

The restrictions early in the pandemic meant that the UK general government deficit increased to almost 13% of GDP almost immediately after Rishi Sunak became chancellor in 2020. The fact that the deficit has since more than halved and is expected to head still lower in 2022-23 has given him unusual room for fiscal manoeuvre. The chancellor is able to raise public spending, above the budget plans that fed those borrowing projections, while still keeping deficits and debt falling as a percentage of GDP.

Having used the public health emergency to raise taxes in his first budget, Sunak was able to hand some of this back via tax cuts in March’s spring statement, and still have £30 billion headroom for more spending if households’ difficulties deepened. It’s from this additional “fiscal space” that the extra energy relief will be drawn.

But if low investment and the squeeze on consumer spending stall GDP growth this year – something already flagged by first-quarter data – the deficit may already have stopped falling as projected. Extra spending could widen it again, causing the headroom to vanish unexpectedly fast.

While extra borrowing was costless when interest rates were close to zero, the bill is rising now that rates are going up, with financial markets already looking more closely at governments’ capacity for additional debt service.

Higher inflation is the way governments traditionally shrink the real value of debt if they have difficulty paying it down. But if inflation stays long around the 10% peak the Bank of England is now forecasting – partly fuelled by the boost to demand from public borrowing – then the additional help with fuel bills might not do enough to ease the cost-of-living crisis.

The magic of The Secret Garden comes to the North East