The interconnector project will be reliant on funds from anonymous offshore owners of the former OGN group, and future unknown investors. 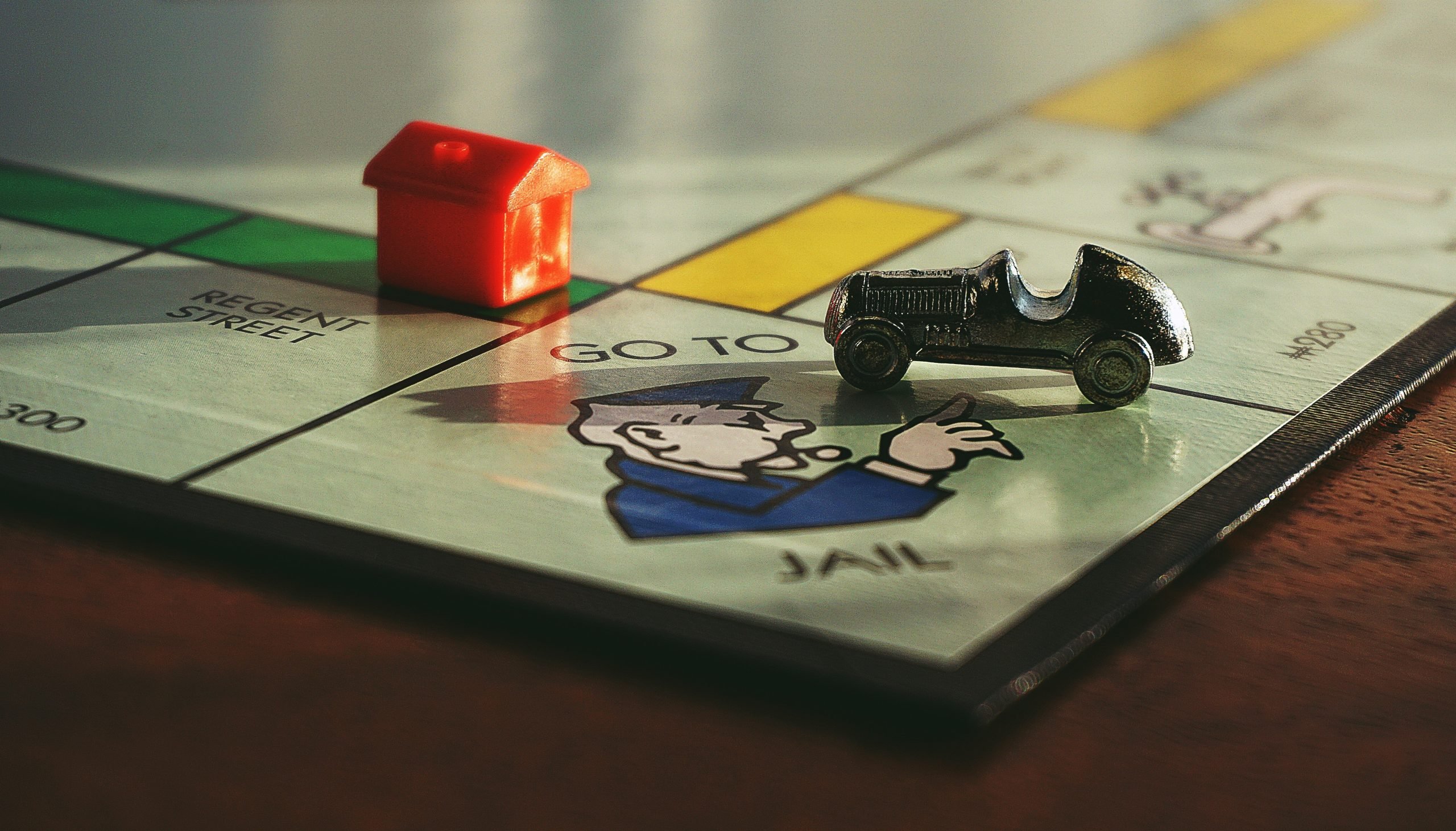 A popular game, Photo by Suzy Hazlewood from Pexels

In the Hampshire countryside between a wood and a private lake, lies an ancient red-brick mansion with stone griffins at its arched portal. The resident here some 12 years ago, according to Companies House filings, was Victor Mikhailovitch Fedotov, a Russian oil and gas tycoon who is now also a British citizen.

After that, Fedotov disappeared from public records. His last listing, in 2008-9, was as director of now-defunct Offshore Group Newcastle Ltd (OGN) in Wallsend, which fabricated steel components for the offshore oil and gas industries. In its 2014 heyday before an oil price slump, OGN employed 2,500 staff and buoyed the local economy with a 95%-local supply chain. The group went into administration in 2017.

In August last year one of Fedotov’s UK interests was exposed by the Times, which revealed he had become owner of Aquind Ltd –  part of the OGN group.

Aquind intends to build a £1.2 billion undersea interconnector cable between Portsmouth and Normandy, France to carry 5% of UK’s electricity needs as well as a high-speed data link.

Aquind’s ownership had been concealed with an exemption – Section 790ZG of the Companies Act- by which owners’ details are kept secret if publication could threaten their security. Aquind’s transfer to a Luxembourg parent exposed Fedotov as the sole shareholder.

Fedotov is former head of a subsidiary of Lukoil, Russia’s largest oil company. The Bureau of Investigative Journalism recently reported on a 2008 review by Russian state pipeline enterprise Transneft, of huge commissions charged by contractors during construction of the US$4 billion Siberia-Pacific pipeline. Fedotov was Chair of two companies thought to have benefitted – VNIIST and IP Network, but his name was never mentioned in the inquiry and no charges were brought. The review was revealed by opposition figure and Novichok survivor Alexei Navalny.

The people who owned the OGN group are unknown. While OGN and its subsidiaries were UK-registered, they were only at the bottom of the group pyramid. Their immediate parents were off- shore entities in the British Virgin Islands (BVI), as were ultimate controlling parties Equity Trust (BVI) Ltd and its parent TMF (BVI) Ltd, both corporate service companies. The structure legally avoided corporation tax and guaranteed fireproof anonymity. In 2015, TMF was penalised for breaking the BVI Anti Money Laundering and Anti Terrorism Code of Practice.

There was also another parent company in the group- Cyprus off-shore Yoli Holdings Ltd, again run by company agents.

We do know the group company directors from Companies House filings.

A director in 2008 was Mrs Lubov Chernukhin, who was also director of an early investor in the OGN group, Rockpoint Investments Ltd.

Mrs Chernukhin’s husband Vladimir was mentioned in leaked bank “suspicious activity reports” reported by Panorama, as receiving US$8 million in 2016 from a BVI company linked to Putin ally Suleyman Kerimov who faces US sanctions due to his involvements with Putin.

After being sacked by Putin,  Chernukhin, the former deputy minister of finance, arrived in London in 2004 and married Lubov, who was already here, in 2007..

After Lukoil executive Vitaly Schmidt’s death in 1997, his son Vadim alleged that millions of dollars of his father’s assets were transferred from Liechtenstein to a charitable foundation of which Vaynshtock was an officer. Vadim won his case in a UK court. No wrongdoing was found by the Russian authorities.

A key figure at OGN and Aquind is Alexander Temerko, former head of a Russian armaments company. Ukrainian-born, Temerko became a British citizen in 2011. A Vice President at oil company Yukos when Putin seized control of it, Temerko fled to the UK in 2004  and defeated an extradition order by the Russian government, the British court deciding that the charges were politically motivated. While critical of Putin, Temerko has expressed admiration for former FSB head Nikolai Patroshev.

Aquind was originally intended as a producer for offshore wind energy technology. They even received a £4.5 million government grant. But in 2014 the company turned to the interconnector project. A decision is expected in March by Business Secretary Kwasi Kwarteng.

OGN offloaded Aquind in 2015 to BVI-registered OGN Enterprises Ltd.  In 2019 Aquind was sold to Aquind Energy SARL, incorporated in Luxembourg not long before, offering a new transparency that could win approval for the interconnector project.

Since its formation in 2008, Aquind has never made any money. Even after transfer to the Luxembourg parent company, Aquind has relied on loans from former owner OGN Enterprises Ltd. In 2019,  Aquind’s debts stood at £25.4 million.

The end of OGN means the loss of a major source of employment in the North East. Aquind employs only seven staff. Its plans for the interconnector are based on sub-contracting: they do not appear to have in-house civil engineering expertise.

OGN and its directors have been leading donors to the Conservative party.Since 2012, Temerko, Aquind and OGN have together donated a total of £1.5 million, often to individual MPs. Temerko donated to: Nigel Adams, Brandon Lewis and Liam Fox amongst others.

In an unguarded moment to Channel 4 News, Temerko claimed to “have” 37 MPs.

James Wharton, former MP for Stockton South and Northern Powerhouse Minister, received £25,000 in donations from Temerko. When he lost his seat in 2017 he went to work for Aquind. After his elevation to the peerage as Baron Wharton of Yarm, the House of Lords register of interests listed his consultancy work with Aquind as still active.

Andrew Percy lobbied the EU to support the Aquind project after accumulating £46,000 in donations.

Aquind made its donations whilst never having earned any income: it used loans from the OGN group for political gifts.

As well as donations there are payments – like the £50,000 annual subscription to the Leaders Group which guarantees access to top ministers. At another fundraiser in 2020  Temerko and co-director  Kirill Glukovskoy sat next to Business Secretary Alok Sharma.

Former MEP for North East England and now Lord, Martin Callanan was an Aquind director for a year, until 2017.  He is now Under Secretary for Climate Change and Corporate Responsibility.

Mrs Chernukhin is famous for donating £160,000 to the Conservative Party for the joy of playing tennis with Boris Johnson. Having donated over £2 million to the Tories up to July 2020, Mrs Chernukhin has become the biggest female donor in British political history.

The Electoral Commission has shared its concerns about the large donations of Russian nationals, as has the parliamentary Intelligence and Security Committee. The latter’s much-delayed report of July 2020 on Russian involvement in UK politics mentioned Aquind.

It is legal for a British citizen or UK-registered company to donate to a political party. But as the reputation for corporate governance in the Russian energy sector is as spotless as its environmental record, OGN and Aquind’s opacity should have been cause for concern.

The donations are significant when a Tory Minister is due to decide on the fate of Aquind’s interconnector and data undersea cables which have national security implications. The government doesn’t know the history of the people that own Aquind or the OGN group that has lent millions to the company.

The Conservative Party don’t know the ultimate source of their donations.

The Advisory Committee on Business Appointments didn’t know the source of Aquind’s payments to Lord Wharton for consultancy work. In deciding that Aquind was a single project company that didn’t present a conflict of interest, the Committee ignored the fact it had no idea of the interests of the offshore parents or lender.

The Electoral Commission didn’t know the ultimate source of the £10,000 that Lord Wharton’s company HMGB donated to Tees Valley Mayor Ben Houchen in 2019.

The interconnector project will be reliant on funds from anonymous offshore owners of the former OGN group, and future unknown investors. Who will screen them for Anti Money Laundering purposes? Will it be Victor Fedetov, who according to the Luxembourg filing is now ensconced in a luxury apartment in tax haven Monaco (3-bedroom flat:€10 million)?

The memories that make me me