The Russian invasion of Ukraine has exposed Russia’s growing dependence on China, argues Albrecht Rothacher. China’s ambitions to displace the US as the main world power contrast vividly with Russia’s long-term stagnation and decline. It's a decline exacerbated by the latest Western economic sanctions 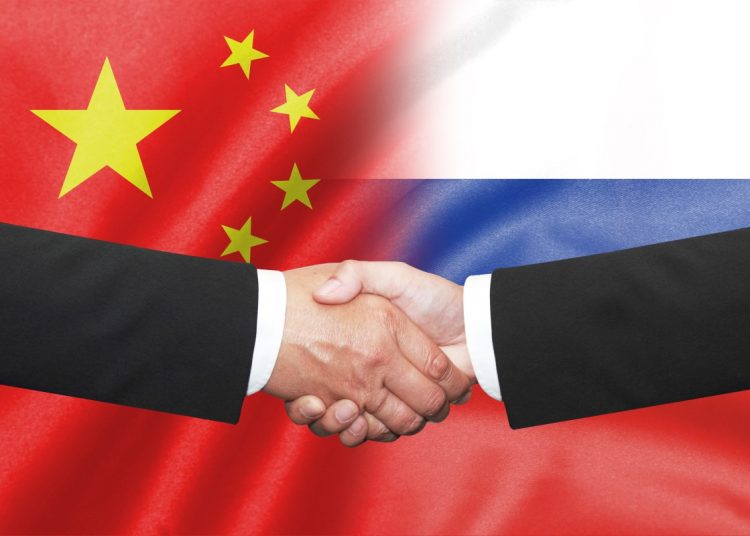 The Ukraine conflict has highlighted how dependent Europe is on the protective shield of NATO and the USA. Less widely commented on is the extent to which it has exposed Russia’s dependence on China. This dependence was developing long before the invasion of Ukraine.

In February 2022, at the Beijing Olympic Games, President Putin signed 15 agreements with China. These included plans for the construction of a third gas pipeline from Siberia and, at Beijing’s request, a deferral of the invasion date to 24 February. A ‘boundless friendship‘ was thereby promulgated. Yet it hides the extent to which Russia, in long-term decline, is very much the junior partner.

The relationship between the two countries is extremely asymmetrical. Russia has 120 million inhabitants. However, its economic power is about the size of Spain’s and thus less than a tenth of China’s, with its 1.4 billion inhabitants.

On current projections, Russia’s population will be smaller than Turkey’s by 2050

Russia also has a huge demographic problem. Male life expectancy stands at just 66 years, and the birth rate remains low. Putin tries to ‘solve’ these problems by counting Russians from Central Asia, along with residents of Crimea and Donbas. But on current projections, Russia’s population will be smaller than Turkey’s by 2050.

Over the past two decades China has transformed from a mass producer of cheap goods on starvation wages into a diversified, industrialised country turning out competitive, high-tech products. Russia, meanwhile, remains a supplier of raw materials, whose only strong export industry is the armaments sector. All other Russian industries and services remain underdeveloped.

Because of the legal uncertainties, oligarchs have always preferred to shift their billions abroad rather than invest in their home country. Medium-sized companies struggle to access credit from Russian state banks. If successful, they are soon blackmailed and plundered by corrupt tax collectors, apparatchiks and militiamen. The result, as Helmut Schmidt once observed, is an ‘Upper Volta with nuclear missiles‘. Despite the glittering facades of Moscow and St Petersburg, average Russian monthly income is just $740 – on a par with Mexico or Bolivia.

Putin has limited his ambitions to bringing the former Soviet Slavic republics home in order to become a respectable regional power again. Xi Jinping, however, is unabashedly striving for China to replace the USA as the foremost world power by 2050, and to stay there.

Russia’s attraction as a junior partner to China is based primarily on Siberia. Siberia, a region of 34 million inhabitants, is a rich repository of raw materials. It is a hinterland, yet enjoys practical, safe land transport routes.

Accounting for 26% of China’s coal and 15% of its crude oil imports, Russia is China’s second biggest energy supplier. After all, 60% of China’s electricity generation is still based on coal-fired power plants. But for China’s total foreign trade, Russia’s share is a mere 2.4%.

Since 2019, China has received 7% of its natural gas via the ‘Power of Siberia’ pipeline to Manchuria. Two further pipelines are at the planning stages. The Chinese state oil company CPNC and the Chinese Silk Road Fund both have stakes in the huge oil and gas fields of North Siberia’s Yamal Peninsula. Its liquid gas will be shipped through the permanently ice-free Northeast Passage to China.

With western finance and technology deadlocked since the 2014 annexation of Crimea, China filled the gap on both counts. Since 2000, Russia, the largest recipient of China’s foreign ‘aid’, has received US$37 billion in loans for such energy projects.

These investments in underdeveloped, slowly depopulating Siberia have been reinforcing China’s economic and political superiority. In 2005, Putin ceded the Damansky River islands in the Ussuri to China, around which a small border war had broken out in 1969, killing hundreds. In Central Asia, Russia is playing unpaid policeman under the Shanghai Cooperation Organization (SCO) – as in the January riot crackdown in Kazakhstan – to protect China’s economic interests in its Silk Road region. Here, all new – Chinese-financed and built – oil and gas pipelines from Kazakhstan, Uzbekistan and Turkmenistan pump only eastwards towards China. When the Russian oil company Rosneft began drilling for oil off Vietnam’s coast, it had to stop its exploratory drilling, at China’s behest. China unilaterally claims almost all the waters in the South China Sea as its own. Chinese economic espionage in Russian armaments factories, and the replication of Russian fighter planes, are grudgingly tolerated.

Many Russians are painfully aware of their country’s growing quasi-colonial dependence on China, the structural inequality of their relationship, and the threat of Russia’s loss of sovereignty. It is a dependence exacerbated by the effects of Western sanctions. After the 2014 annexation of Crimea, sanctions blocked Russia’s access to advanced technologies for its armaments and oil production. When Russia invaded Ukraine in 2022, the West blocked Russia’s access to international financial markets.

Whatever the Kremlin gains from the war in Ukraine, it appears oblivious to the potentially disastrous consequences of its strategic dependence on China

The Kremlin may gain Crimea’s poorhouse and parts of the depopulated rubble of Donbas at the price of its international isolation and further impoverishment of its people. Yet it appears oblivious to the long-term consequences of its strategic dependence on China.

Once upon a time, in the name of national sovereignty, Putin drove out Anglo-American oil firms like Shell, BP and Exxon, which had breathed new life into Soviet oil and gas fields with new technologies. Now, it is handing them over to Chinese state-owned companies.

This article was originally published at The Loop and is republished here under a Creative Commons license.