The college had been a children’s home. When the site opened as a college in 1965, the cottages which you see in the photo above became student residences. 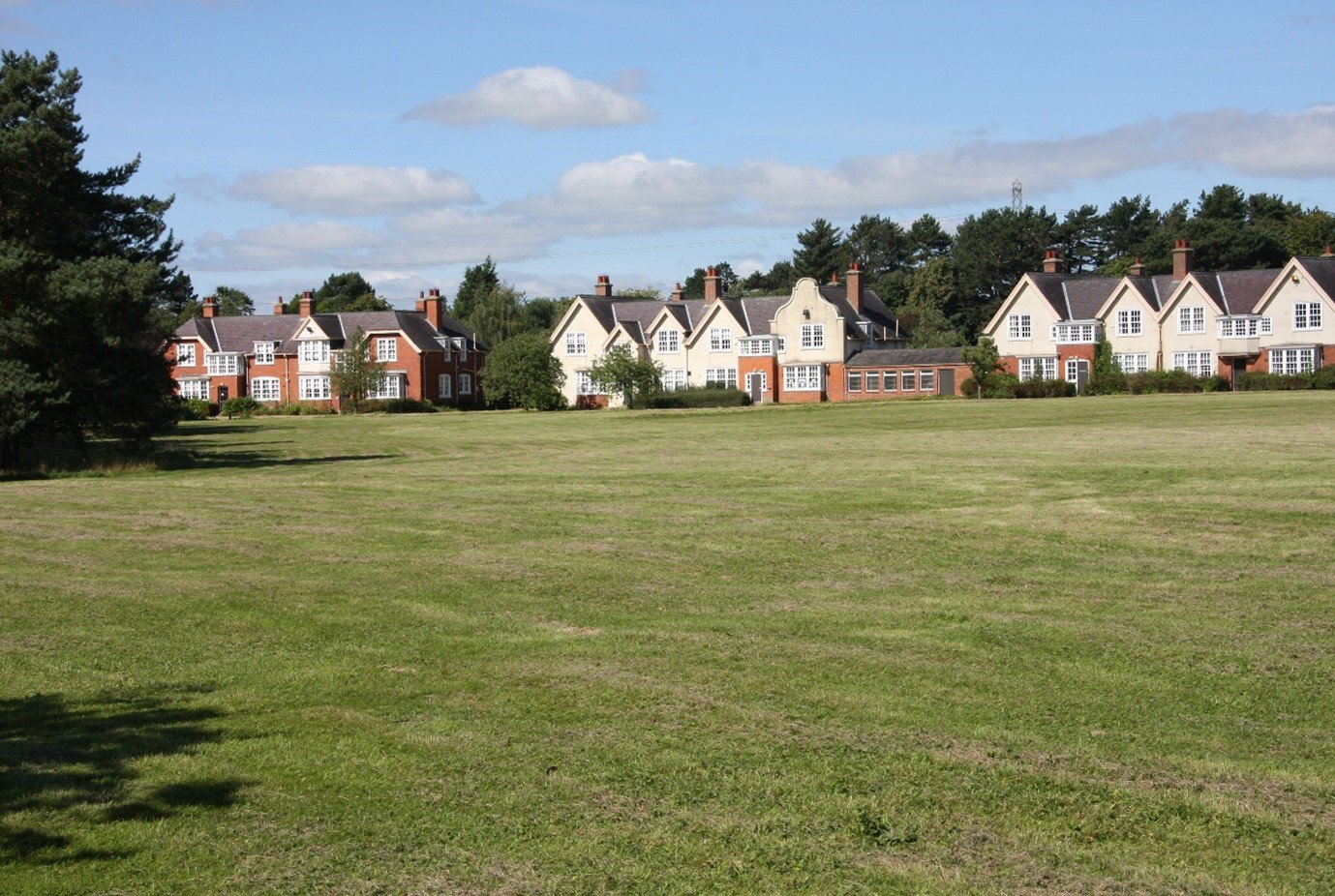 In September 1972, I took up two posts at Northumberland College of Education just outside Ponteland: one was as lecturer in English; the other was as a resident warden and Senior Resident Warden as from January 1973.

The college had been a children’s home. When the site opened as a college in 1965, the cottages which you see in the photo above became student residences. Other student accommodation was built, as were bungalows for the Principal and resident wardens.

The age of majority had changed from 21 to 18 in January 1970 but, when I arrived in the autumn of 1972, the wardens (and what connotations does that term have?) still considered themselves in loco parentis and treated the students like minors. For example, there was strict segregation of the sexes: no building, let alone floor of a building, was mixed-sex; students were not allowed to walk on the grass that you see in the photograph above; many lecturers treated the students like primary school children in their teaching; and resident students were not allowed visitors in their rooms after 11 o’clock at night.

There’s a story about that last example. Members of the Christian Union told one of my fellow wardens that a student in their cottage regularly had a man in her room after 11. So one night the warden hid in the bushes outside the door to the cottage and, when the man left, emerged and said, “Stop! My name’s John Todd and I’m a warden of this college.”

“Ah,” said the man, extending his hand. “Good to meet you. My name’s Hugh Graham and I’m a warden at Kirkley Hall.” (Kirkley Hall was the agricultural college just up the road from Northumberland College.) No further action taken.

The Physical Education Department staff were probably the most patronising to students, vetting their boyfriends and girlfriends, commenting on their social lives and clothing and so on. When we interviewed prospective students for a place at the college, we always interviewed in pairs – one lecturer from the department that the applicant wanted to join and one from another discipline. One year, I was paired with the head of the PE department and we were interviewing a lively young woman for entry to his department. The previous week, Anne Windsor and Mark Phillips had got married, so my colleague said to our prospective student, “I suppose that you were glued to your TV last Wednesday?”

“Actually, no,” said the young woman. “I’m not really interested in that sort of thing and it was such a nice day that I went for a walk on the fells behind our house.” When the interview was over and the applicant had gone, my colleague turned to me and said, “Well, I’m not having her: bloody republican!”

During the first term of 1973, the National Union of Students (NUS) was running a campaign for higher student grants. The college student union voted to take part in the action and asked members of other unions to join them. Since the students in the one group that I had that day told me that they would all be joining the action, I was free to join the picket outside the college entrance, which I did.

So Eileen Churchill, the College Principal, called me into her office and read me a statement: “… in view of the fact that you have shown yourself to be a person on whom I may not rely I can no longer consider you to be a suitable person to hold a post of special trust in the College. I am relieving you of all your duties as Senior Resident Tutor as from today.” I told her that I did not accept the statement and would be consulting my union, the National Union of Teachers (NUT). Later the same day, without discussing the matter either with me or with my union, the Chair of Governors endorsed the dismissal (which I was not told until days later).

A week later, the Principal withdrew her statement of dismissal from the resident warden post and sent me a revised letter seeking to dismiss me altogether.

The Student Union held a general meeting and agreed to occupy the college admin buildings. They took over the college switchboard and explained to all callers why they were there and what they wanted: my immediate reinstatement. The National Union of Students took up the case and mounted a campaign to get me reinstated. I gave a speech at their annual conference thanking them for their support.

At a governors’ meeting during the Easter break, I was fined a day’s pay and reinstated to all my previous responsibilities. How I wish that students were that committed to action and solidarity today.

In 1976, the college was told by the Ministry of Education that, along with dozens of other colleges of education around the country, it was to be closed. Shirley Williams was then the Labour Minister of Education, so I say that it was she who finally succeeded in sacking me. I left in 1978 and the college closed in 1981.

Vote conservative for a free and just society?