Being asked to ‘trust’ the government simply beggars belief. 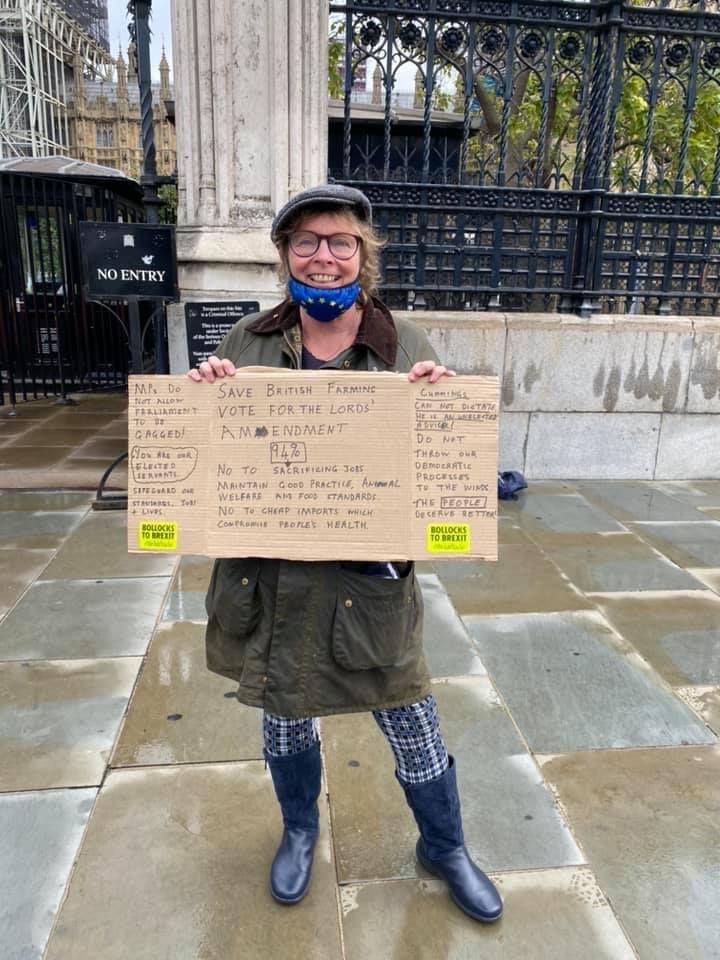 Today, I am garbed in Barbour jacket (dad’s) and cap (son’s) to support the farmers’ protest against the Agricultural Bill in London. I have long been extremely concerned about this bill, but reading this article has incensed me. Why? It goes against the heart of our democracy.

Lord Curry of Kirkharle, who put forward an important amendment in the House of Lords, one which aims to safeguard our food standards, said: “It’s unbelievable and a huge mistake by the government … I can’t think of an issue in recent times which has so much public support. For the government not to recognise that, by not allowing my amendment, is really disappointing.”

it is more than ‘unbelievable’ and ‘disappointing’. I have encountered no-one who is in favour of sacrificing our safeguards on food standards and animal welfare. The farmers are understandably up in arms and they often tend to be traditional conservatives. They are worried about their livelihoods, their animals and food production. The RSPCA, health care specialists, scientists, doctors, are all concerned not least because this could compromise what we put into the mouths of our children. Supermarket chains, the public in general and the House of Lords, are all against sacrificing our standards in a deal with the US. Furthermore, it is not in our interests to put at risk jobs in the farming industry. The electorate has been made categorical promises on numerous occasions, including in the manifesto, that our standards will not be compromised.

What is striking today is the solidarity between so many people and so many diverse groups in opposition to the Agriculture Bill. I met Kerry Walters from Animal Rebellion who came from Kent to raise awareness of Agricultural Bill and the possible US trade deal. She was also concerned about the loss of farming jobs. These concerns were shared by Josephine Robinson who is here today from Bristol. There many here from Save British Farming, who have been campaigning all over the country over the last few weeks and months. There are also people from Animal Rebellion and many other groups. Steven Bray, from SODEM was concerned about democracy and commented that the Agriculture Bill was being stitched up by an obscure rule.

Being asked to ‘trust’ the government simply beggars belief. The government would be seen to be trustworthy if it simply implemented the safeguards put forward in the amendment! Parliament is made up of elected honourable servants. It is their duty of care to protect the people’s interests and respect their wishes. The Agricultural Bill is unacceptable in its unamended form. It is not good enough to argue if the bill passes in the form Boris Johnson and the unelected advisor Mr. Cummings want, that it does not necessarily mean that chlorinated cheap chicken and all the host of other things may not be sacrificed. We have been lied to on too many occasions.

It is also not good enough to enable a two- tier system whereby the wealthy can buy decently produced food but the rest of us would be unable to do so. No levelling up there! But then it doesn’t matter what the ‘peasants’ eat! Actual safeguards need to be put in place to positively protect our farming, our practice, and our food standards.  I do not understand what is happening in this country and I am scared. Democracy is precious, so precious, and now it seems that even parliament is being gagged. The government appears to be corrupt to the core and has tossed democracy to the wind. Where will this lead?