Scoria bricks were made from slag from the South Teesside blast furnaces. They were cheap, strong and durable. David Walsh investigates. 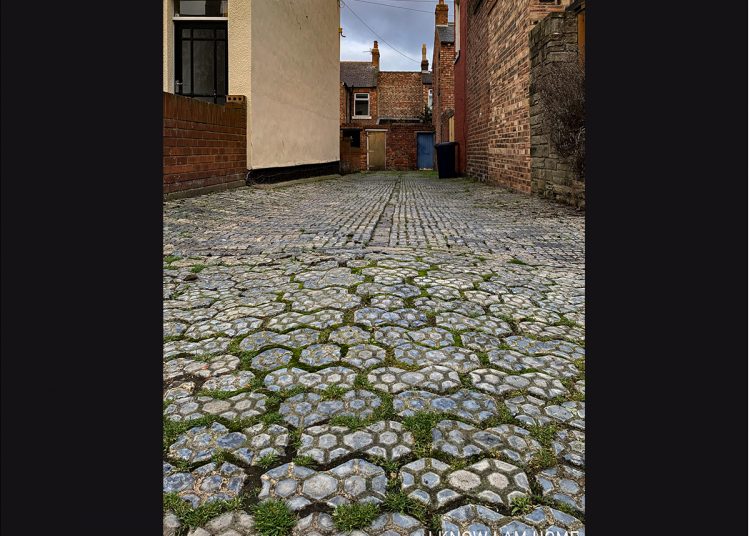 It’s a difficult time. Much seems superficial when measured against what is happening in front of our eyes via video link from Kyiv or Kharkiv. That doesn’t deter some. Popular news  stories beyond the top feed still tell of slimming cures, the misdeeds of celebs or further digs at medical professionals over past Covid forecasts. This segues into another breed of keyboard tappers; the cohort of people who tend to swim past my facebook wall who were  – up to last week – ‘experts’ in epidemiology or on the internal politics of the Labour Party but who have all morphed into instant experts on Eastern European and Russian geopolitics and military tactics. Excuse me, but I’m ignoring the 101st Chairborne Division here.

However, I want to get past my navel and look around us, and especially here in the North East to the history that is literally visible below our feet, that of the scoria bricks.

This was set off by a comment that we Brits have a “cultural cringe” that stops us promoting our native cities and towns. This was according to the creator of Peaky Blinders.

Steven Knight used his native Birmingham as the setting for his crime drama, which began on the BBC in 2013 and has had success around the world:

“I did think very consciously that what we don’t do in Birmingham, and in fact, in England as a whole, is mythologise our own environment and be bold about it.”

He was speaking of song and drama, but it could, too, be seen in our wariness in celebrating local vernacular buildings styles and materials.

The reality is, where that has been done it has been overwhelmingly popular. In London, Brent Council are working to rebuild 70s prefab estates into a newer form of community. And one aspect of that has been the recreation of the traditional London yellow brick. As the Guardian puts it, they are using:

“a yellowish, biscuity brick, whose particular patina falls somewhere between a digestive and a Hobnob. It is a brick that summons strains of the traditional London stock, suggesting a crunchy, crumbly, wholesome goodness, no matter what actually lies behind the facade. It is the comforting Hovis and of cladding choices, a no-nonsense cooked clod of clay, which comes with an unlikely name: Mystique, a return to front doors on the street, housing as it used to be.”

Pease Brick in the North East

We have our own distinctive brickwork in the North East too.  The best known, seen throughout Darlington, West Co. Durham and Teesside is the ‘Pease Brick’ – a soapy white semi-glazed brick produced in the brickworks that were set alongside the Pease family pits in places like Brancepeth, Billy Row, Roddymoor and Waterhouse and centred on the Deerness Valley.

Wherever the Pease family had landownings or an industrial interest, these bricks followed them.  In probably the best known setting, Saltburn-by-the-Sea, the model seaside town built and controlled by Henry Pease, almost all the buildings in the centre – from the grand hotels to the stony terraced cottages are faced with creamy brick.  No reason why they can’t be recommended again in any new style guide for whilst the deep fireclay seams of the Deerness Valley are out of reach, one Cumbria based firm, Furness Brick is recreating classic Pease bricks from usable fireclay deposits.

But I want to go to the world at our feet and to a building material now alas no longer made and unlikely ever to be. I’m talking about scoria. The word ‘scoria’ comes from the Greek word meaning, in one sense, ‘excrement or dung’. The Romans applied this Greek word (in a refined sense it is spelt ‘scoriae’) to the lava tossed from the top of a volcano. Then, about 140 years ago, the iron masters of Teesside applied it to the waste found at the bottom of a blast furnace.

Now you and I would call this material ‘slag’, for that is what it is – melted iron ore rock allowed to cool and re-solidify. But our Victorians were fond of fine phrases and “scoria” made it sound more refined and scientific. Whatever it was called, it was a headache. Producing one ton of iron produced one ton of slag. As the furnaces of Cleveland, Hartlepool and Consett were producing 2.5 million tons of pig iron a year towards the end of the 19th Century, there was an awful lot of slag turning up everywhere..

At first, it was tipped onto the boggy marshlands around Middlesbrough to raise them up. When these were filled, the ironmasters then ended up paying the Tees Conservancy Commissioners 4d a ton in old money to take the slag away. The Conservancy Commission used it to good purpose, with over 20 miles of riverside walls and the North and South Gares built up on slag, a base still there to this very day.

But not only was this product a waste – it was a waste of money as well . The ironmasters did not want to pay to have their rubbish removed. They wanted to profit from it, to really show that where’s muck, there’s money.

Someone had a brainwave. In fact, three brainwaves.

Firstly, they found that if you fired a jet of air through liquid slag, it dried into long, thin strands of slag wool. Slag wool had good insulating properties. Production began at the Tees Iron Works in 1877. Then, secondly, the chemists got to work on slag. Not only did it contain iron, but a lot of other elements – and in particular lime. They also found that if you granulated slag down to a dust and buried it in soil, it acted to release phosphates. Put lime and phosphates together, and you have an active fertiliser – the farmer’s friend.

But a third brainwave from a Darlington man, Joseph Woodward, was even better. In November 1872, he formed the Tees Scoriae Brick Company to turn slag from the Clay Lane Blast Furnace, in Eston, into the shiny-blue bricks that now line our lanes.

It was a complex process.  The molten slag was tapped from the bottom of the blast furnaces and transported in bogies down a railway to Mr Woodward’s patent revolving table.  The slag was tipped out of the bogies into brick-shaped moulds onto settling tables. As the table rotated, the slag cooled. After two minutes, the slag was still red hot, but it had set. At the vital moment, the turning motion of the table tipped the brick out of the mould and onto a conveyor belt which carried it into an oven, heated by the furnace. In this ‘annealing kiln’, the bricks were cooked for three days ‘after which they are perfect, cool, solid and hard, and ready for use’, according to the Colliery Guardian newspaper of 1873.

Stockton Corporation bought the first consignment and discovered the bricks to be just the job.   Many of their secondary roads off the High Street started off with beaten down earth surfaces, which just churned up into liquid mud at the first sign of rain.  They then tried cobbles, which were too bumpy. Then they were laid with ‘setts’ –  lumps of stone hewn by hand into a regular shape but which could be brittle as the weight of wagons increased.

Later the works expanded from Eston to a second location within the perimeter of the old Cargo Fleet steel works. There, said the Institution of Mechanical Engineers, the Plant comprises:

“one rotating wheel fitted with 140 moulds and also eighteen separate kilns, each capable of holding 1,000 blocks at any one time. From twenty to thirty different sizes of block can be made.”

At its peak, the Tees Scoriae Company was taking fully 30% of all the slag from the South Tees steelworks.

Scoria bricks were a master pavior’s dream. (My granddad was such a pavior.) They were impossible to break. They were very durable, even when being run over by the metal rimmed wheels of heavy carts. They were completely waterproof; Darlington and Guisborough laid them in their disease-ridden yards so they could be sluiced out. They were even chemical-proof.  In the 1920s Billingham laid them in ICI’s drainage channels. Being from the same mould, scoria bricks were identical in size, and so could easily be laid flat (they were laid on a six inch bed of sand and some cement and then compressed down by men with heavy wooden rammers).

And they were cheap and plentiful and if you look, they are still everywhere; in most back alleys, used as facing materials on older high streets, and along towpaths and urban back streets across the whole of the older towns of our region. They are attractive in their own right; they all have an attractive blue-grey sheen and are best seen under an early morning sunrise after a rainfall, where they appear like fine blocks of rainbow pearl.

Soon it was not just NE towns that wanted scoria bricks. In 1912, 62,881 tons of scoria bricks were exported from wharves along the Tees. Thirty-seven per cent of these went to Canada, and 36 per cent to the West Indies. Smaller quantities went to Holland (Rotterdam was an early customer), Belgium, the US, South America and Africa. I’ve seen them – lots of them in fact – in Dublin and other Irish towns. As the average scoria brick weighs 13lbs (or 5.9kg), this means that in 1912 alone, nearly 11 million bricks were exported.

But they are not being made any more. A mixture of the contraction and closure of the steel and iron making industries and the adoption of utilitarianism in street design and street paving materials meant that by the 1970s the NE scoria brick industry died out totally.  But they still have a role. They can bear the heavy weight of delivery lorries and bin carts far better than any stone flags and they don’t crack open like tarmac topping after a severe freeze. So still, then, they remain as ubiquitous fixtures in our back lanes and gutters, each one proof that they share a fascinating history.

A plea then to local councils, highway engineers and developers.  Don’t throw them away if you are resurfacing an area. Indeed, the costs of landfill disposal will be prohibitive. Instead, clean and reuse them. With sense, they can serve our communities for another hundred years – and probably more.