Another piece on lost communities. This time more on Seaton Snook and its wartime past. 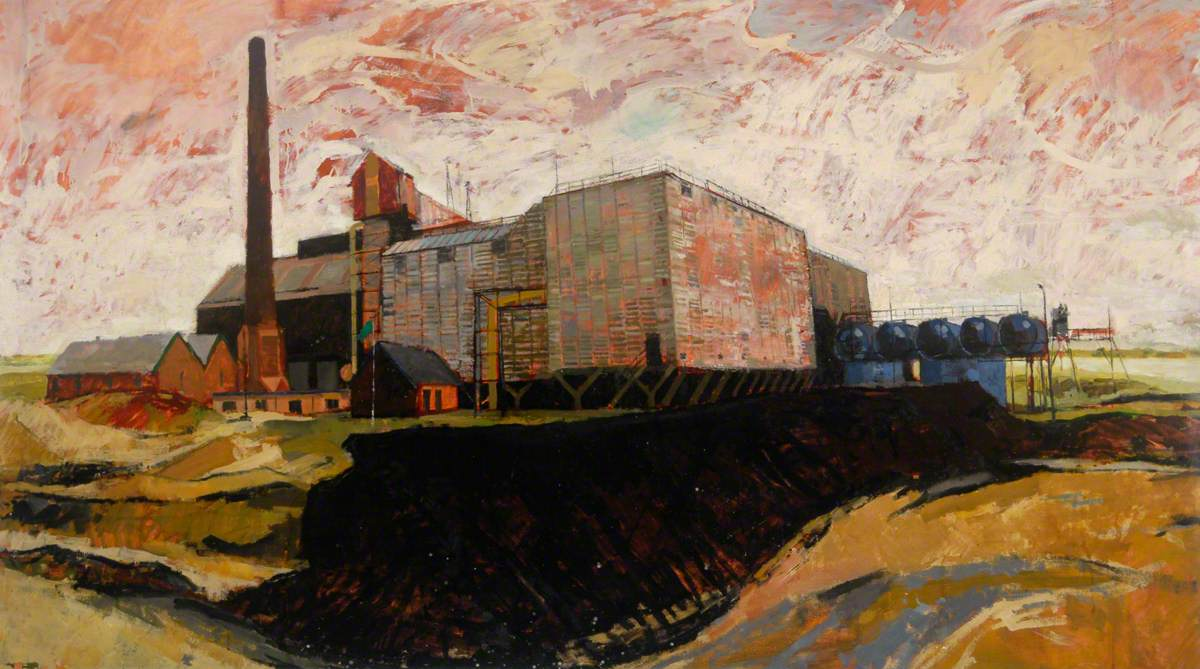 The recent article on Seaton Snook provoked a lot of interest both from Hartlepool and from the wider Teesside community. More information on odd doings in that seemingly remote plashy neck of the Teesside marshlands has now come to light centring on the zinc works there and on a local WW1 spy scare that gripped the Hartlepools (as they were termed at the time).

Zinc is a silver-grey metal that is used for a variety of industrial purposes – battery casings, whitening agents in paint, in the manufacture of specialist plastics and as dietary supplements and pharmaceuticals. The zinc works was founded here in 1908 to treat imports of ore. In 1916 the Central Zinc Company, part of the Australian Broken Hill Mining Company, sold the site to The Sulphide Corporation, another Australian outfit. The Australian links were due to the fact that the best deposits of zinc ore are found in Australia, and this, cheap but bulky, was shipped to processors in Europe, and especially Great Britain. The ore was basically calcined then ‘roasted’ to allow the zinc elements to gasify and thus be caught by distillation.

By the time of the Great War of 1914-18 the works assumed a ‘strategic significance’. Zinc was used in shell production and a by-product was sulphuric acid, needed to help make fertilizer and as a propellant for heavy artillery. Thus from 1914 on the factory and its staff were kept under observation, and some troops who volunteered for the front saw themselves redrafted to the depths of Seaton Sook instead of the Somme.

The security services’ concerns were heightened before the war by the fact that a number of workers and managers were Germans. This was primarily because the process used was developed in Germany and this led to a number of skilled German workers being employed. After August 4th 1914 they found themselves suddenly in a very bad place at a very bad time.

Things came to a head over the Christmas of the conflict. The Durham Advertiser reported excitedly on Christmas Eve that there was “intense excitement” in the City of Durham the previous Saturday evening at the arrival of 42 unscheduled passengers from Seaton Snook at the city’s North Road railway station.

Given Hartlepool’s record of dealing with suspected foreign spies, of course, it might be supposed that the poor detainees were simply being taken into protective custody. Two days later, said the paper, they were again put on a train and taken to a “concentration camp.”  The bitterness in Hartlepool was probably engendered by the fact that the previous week had seen the burials of the hundred odd people killed in the German naval bombardment of the town. The Advertiser said “The feeling among the people is naturally somewhat bitter against residents of German and Austrian birth and origin, and on Saturday night the windows of one shop in West Hartlepool were broken.”

1914, of course, was the year of the celebrated Christmas Day truce – even a football match, it’s supposed – between front-line troops. Whether such peace and good will reigned among the Seaton Snook 42 is probably a matter of doubt. Max Schaarschmidt’s name appears on a list of suspected spies in the Tees and Co. Durham area drawn up by the security services just before the start of the war. On the 1911 census he is recorded as lodging at Granby House at 28 Front Street, Seaton Carew (probably where the bowling alley is now). His profession was stated to be “draughtsman engineer” and that he was a senior manager at the zinc works. Little else is known about him, or indeed, his co-workers.

The ‘concentration camp’ was, in fact, a large disused railway carriage erecting shop on the outskirts of Lancaster and which seemed to have been converted by the 1700 Germans residing there into a reasonably comfy set of billets. Indeed, the camp CO, a Colonel Ansley, told the local Lancaster press that he “’got more trouble’ from the British guards (mainly from the Royal Welsh Regiment) assigned to guard duties than from any of those interned.”

Labour shortages following the loss of the 42 was such that, rather like Birtley, further north, Belgian refugees were drafted in. Local opinion was divided; sure, they were refugees and deserved help, but unlike the demure and industrious Germans they drank to excess in the town and were constantly fighting amongst themselves.

Things came to a head in the autumn of 1916 when intercommunal violence amongst the Belgian men led to a riot in Seaton Carew, which required the assistance of the military to quell. In the hand to hand fighting one Belgian, a Karel Verees, received a severe bayonet wound from a soldier and died later in hospital. The coroner exonerated the unnamed soldier on the grounds that ‘he was doing his duty to the crown.’

The end of the war led to Seaton Snook and the zinc works to fade back into obscurity. The zinc plant weathered the interwar depression and prospered again in WW2 given the renewed importance of its product to the war effort. But the post war boom passed it by. Cheaper zinc was now being made in Asia in greater quantity and better content than in Britain. In 1968 following an explosion and fire in the roasting plant, it was estimated that the rebuilding costs were not economically viable to underwrite the future of the plant and it closed for good to be demolished.  It now only lives on in the name of Zinc Works Road leading from the A178 to the usually empty and secluded beach which now lies over what was once Seaton Snook.