Set Her Free event to support the women in Hassockfield Immigration Removal Centre today. The women have committed no crime. 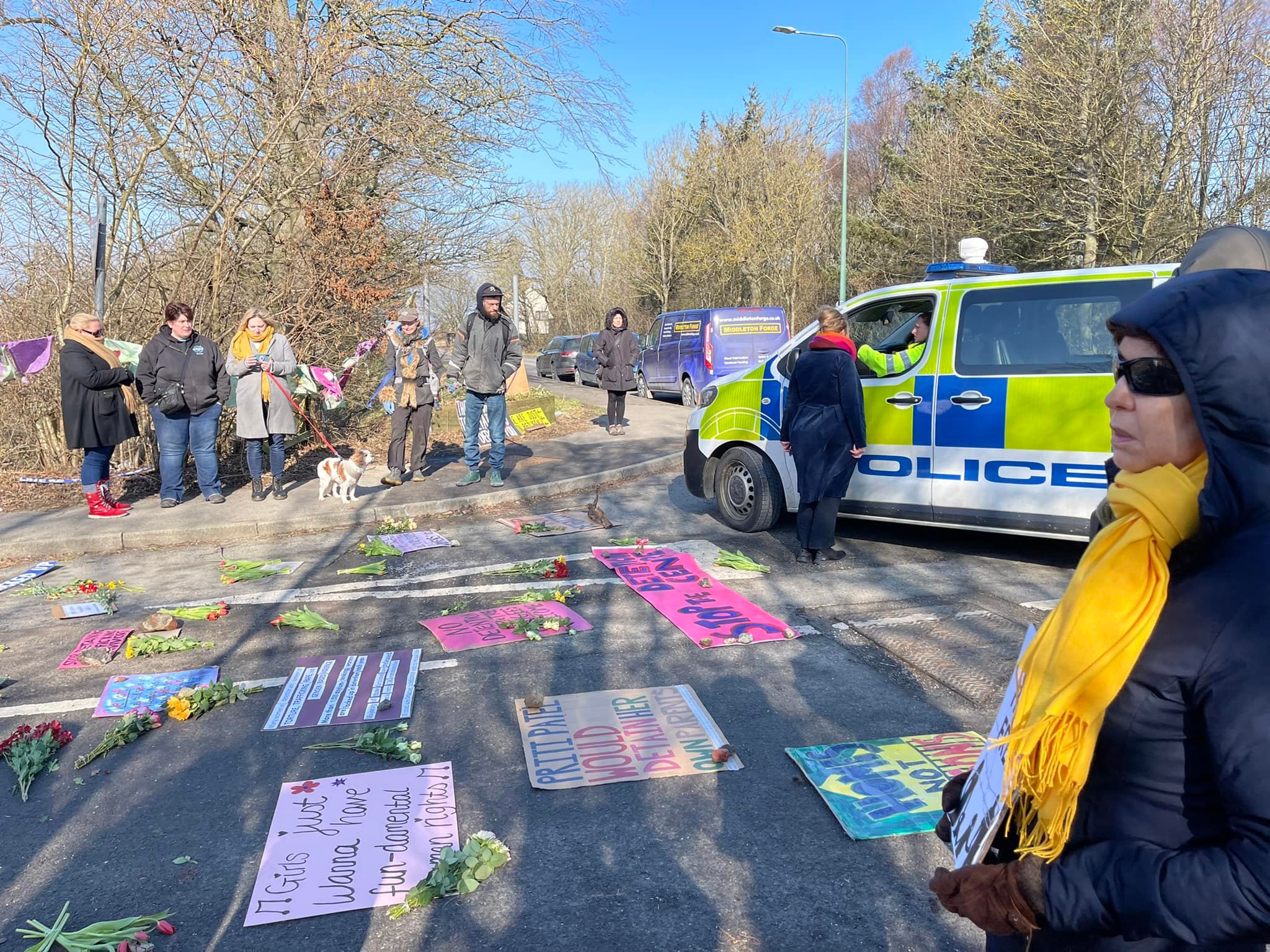 On a bright and sunny morning, in the bracing easterly wind, a determined group of women and men met outside the Hassockfield Immigration Removal Centre, on a bleak hillside a few miles from Consett, singing, dancing and shouting messages of support for the women detained inside.

They were there to mark International Women’s Day and to support the fifteen or so women currently incarcerated there awaiting deportation. These women have committed no crime. They came to the UK seeking refuge from war, danger and oppression across the world.

Since last November supporters of the No to Hassockfield campaign have stood outside the locked gates of the detention centre to tell the government that these women should not be treated as offenders and should not be locked up in what is a prison in all but name. The women are locked in cells, guarded by women and men.

Hassockfield, now referred to as a “prison” by the local police was formerly the Medomsley Detention Centre. Young men and boys were imprisoned there and suffered physical and sexual abuse by the staff in the 1970s and 80s. Its location, far away from the towns and cities where the women have lived for many years, makes it almost impossible for their friends and lawyers to visit.

Those attending the protest brought flowers which were laid on the tarmac outside the locked gates. Traffic in and out of the centre was prevented during the demonstration.

Before those attending left the gates the flowers were gathered up and given to the centre staff as a gift for the women locked up inside.

The Nationality and Borders Bill, which has completed its passage through the House of Commons will make entry to the UK by “irregular” means a criminal offence. The UNHCR has condemned the Bill, stating that it inconsistent with the UK’s obligations under the UN Refugee Conventions and contrary to international law.