Shortages: a view from Europe

We asked North East Bylines readers in Europe for your views and to share some of your views. 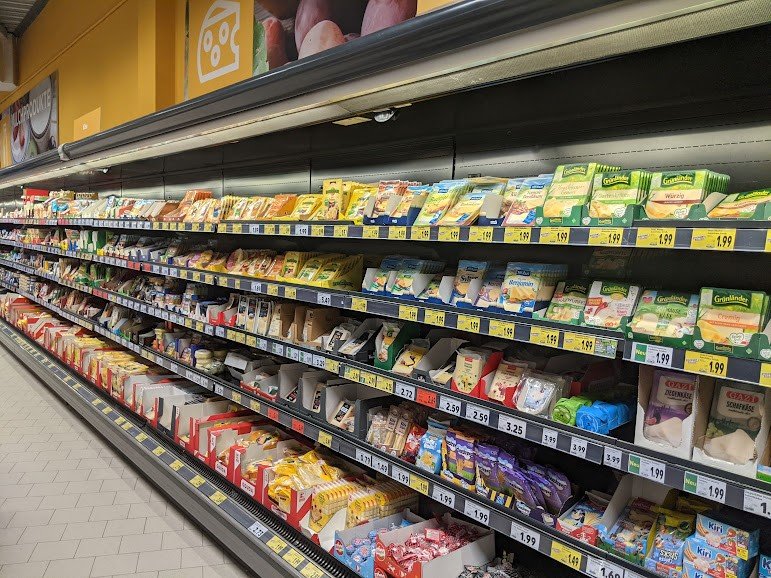 A few days ago I wrote an article on the subject of food and fuel shortages following recent comments from Treasury Minister and Tory MP for Middlesbrough South and East Cleveland, Simon Clarke.

Clarke claimed that the current problems are not due to Brexit. He also said that the rest of Europe was experiencing the same shortages.

We asked North East Bylines readers in Europe for your views and to share some of your experience. The response was overwhelming!

Here is a selection from some of you in France, Germany, the Netherlands, Ireland and Poland.

Susanne in the Netherlands

“I am from the Netherlands and I can confirm there are no shortages anywhere in any way or form.

“It is hilarious that the UK Conservative Party thinks there are any shortages over here in the EU. I have no idea where they get their information from.

“A search in English for fuel shortages in Poland comes up with this
Poland: Poland’s Food And Fuel Shortage Continues 1981…

“I also speak German and searching for “benzinmangel deutschland” comes up with warnings that you will get a fine if you are stuck on the German highway without gasoline!”

“Having seen your article about Mr Simon Clarke’s comments, I thought I’d get in touch should you be interested in further comment on the driver shortage situation over here.

“I am from Scotland but live in Wroclaw and work as a road transport and logistics journalist for the pan-European logistics news website Trans.INFO. I work alongside colleagues from Poland, Hungary, Romania, Germany and Lithuania; we cover haulage news all over Europe on a daily basis.

“While there are problems with a driver shortage, there are absolutely no issues with product shortages or slow delivery times. Everything is normal.”

“I live with my family in northern France following a Brexit escape. I work for a European NGO in Austria. We relocated almost a year ago to ensure we protected our WA rights and that our children could grow up enjoying the freedoms and access we have enjoyed.

“I travel regularly for my work and have experience of being in Paris, Brussels, Vienna very recently and only returned from Austria last week. I can tell you that there are no shortages of food, fuel or medicines here in France nor in Austria.”

“I just wanted to answer and share my experiences [on] the topic of shortages in Germany.
As far as I can tell, I’m living in the southeast of Germany, in Bavaria to be specific, and I was really surprised to read from your Simon Clarke article, that Germany should suffer from shortages of basic goods.

“…Sure there was a shortage of noodles and toilet paper at the start of the pandemic last year, but that was due to high demand and crazy people hording those goods, [and] was solved a few weeks later.

“But in this days, life is quite normal.”

“I have just returned from a 26 day motorhome tour in France, specifically the Ardeche, Provence and Strasbourg. There were no shortages in any of the, several, supermarkets we visited, from the smallest villages to the largest hypermarkets. Moreover, the street markets were fully stocked with local produce. We drove over 2,600 miles, and, again, from the smallest village, petrol and diesel were freely available.

“On a separate issue,  face masks are widely worn by the population,  and the French Tous Covid Pass, which is compatible with UK test certificates,  is required, and happily accepted by users of every restaurant and tourist attraction. France feels safer than England.”

Michael in the Netherlands

“Here in the Netherlands we have no problems buying what we want and that includes fuel. Supermarkets are fully filled with whatever you like to buy.”

“I am a UK citizen who has lived and worked in Poland for a total of more than 18 years. I am currently based in Warsaw with my Polish/Australian wife and my two sons are dual nationals British/Polish.

“I can absolutely confirm that there are no shortages of food or fuel anywhere in Warsaw at the moment.”

And Paul in the Netherlands

“I just read with interest your online article about statements from Simon Clarke, the MP unfortunately representing my hometown constituency.

“I currently live and work in the Netherlands, where I have seen no evidence of empty shelves, fuel shortage or empty pumps.

“Also, I recently returned from a ten day holiday driving around Sicily, where again, fuel was plentiful.

“Indeed, press and general opinion in the EU seems to unanimously agree that the chaos ensuing in the UK, and only the UK, is down to Brexit. To lay the blame entirely elsewhere is fantasy.”

Paul says that Simon Clarke is not telling the truth and should be held to account.

“Just responding to your request for experiences of what Simon Clarke claimed were similar problems in Germany to the UK.

“I not only live in Berlin, but I also stood in Sunday’s elections. I can confirm that not once during the campaign did anyone raise any issues with supermarket stocking, general supply chain interruptions or empty petrol stations.

“There are also no reports in German media of such things elsewhere. This will probably because they’re not actually happening and Simon Clarke, in a desperate attempt to deflect responsibility for the disastrous effects of the Brexit he so enthusiastically supported, is engaging in unadulterated horse****.

“In Germany the shelves are full, the petrol stations don’t have queues winding down the road, our lorries are being driven, and we aren’t begging European migrants to come back with a pitiful temporary visa offer because we never told them to get lost in the first place.

“As deception and barefaced lying has been a staple of this government, arguably quite a successful one, perhaps Simon Clarke fabricated this version of Germany’s woes because he simply felt nobody would bother to check whether it was true or not. As he’s going to need to do this quite a lot in the near future to explain away every other dreadful consequence of Brexit, might I suggest that he simply takes responsibility instead.”

Opposite to what Simon Clarke publicly uttered today there are NO food or fuel shortages in Germany! Neither empty shelves nor queues at petrol stations exist here in Germany and we in Germany have the same coronavirus pandemic as the UK, but no Brexit!

“I spent the last 18 months in UK and I’m now In Co. Donegal. No shortages of anything in shops, even remote rural shops and petrol stations are fully supplied, Christmas stock [is] starting to appear. Retail [is] booming as  restrictions are lifted.  [It’s a] similar situation across the border in NI.”

“I’ve been living in France for many years. You might like to tell Simon Clarke that the big news here at the moment is that a former Prime Minister has been a handed second jail sentence for his misdeeds while in office…

“As to shortages – pah!  There aren’t any, nor are any threatened or mentioned by the media.  Supermarket shelves are full, and service station forecourts have all their usual activity.

“Let’s be honest – there are points of concern that we share with the UK.  Gas prices are up, I think over 50% in two years, but gas central heating isn’t as common as in Britain.  There are labour shortages – transport drivers, farmworkers, restaurant staff, and some of the underlying causes are the same.

“Truck driving is unglamorous, and younger people are less attracted to it.  However, the EU is ahead of the UK in remedying the situation, and they’re planning for it, not taking panic measures.”

Is Ben Houchen getting cold feet about Teesside Airport?