Should Middlesbrough be granted city status?

One of the things that sets cities apart is cosmopolitanism. 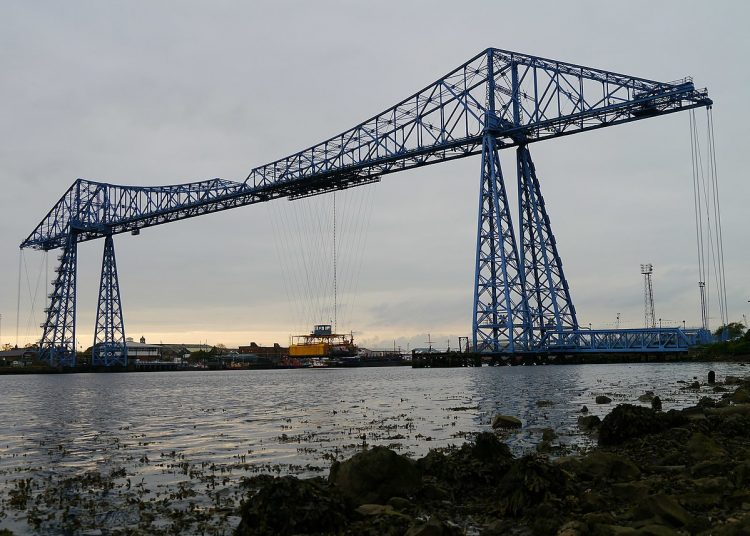 Transporter Bridge Photo by diamond geezer This image was marked with a CC BY-NC-ND 2.0 license

Middlesbrough mayor, Andy Preston, has been asking for suggestions why Middlesbrough should be granted city status. The informal opinion poll he commissioned in the town, predictably came back with the result that people are overwhelmingly in favour. After some reflection, I decided to contribute my opinion, but in so doing I think there is a need to evaluate. And some of the issues in recent months have some bearing on it.  And, of course, an issue like this crosses all political boundaries. I should point out at the start that this is open ended as there are innumerable ways to view it.

Clearing a few things out of the way

We want to look at some of the connotations of city status. There is little background to this, as the idea of a city is fairly vague and amorphous. One traditional definition is to do with whether the place has a cathedral, which, remarkably, Middlesbrough falls foul of.  It falls foul of it because of tradition, in which there is a bit that is unwritten, which is, when they said ‘cathedral’ they meant C of E.  Whoops. But in any case, in the 21st Century it seems too limited a definition anyway. So, what characteristics do people associate with cities, and to what extent does Middlesbrough possess them?

A phoenix rising from the ashes?

One of the things that sets cities apart is cosmopolitanism. The normal arrangement is that places whose economies are flourishing attract migrant populations, resulting in a unique cultural mix that differentiates them from the more monolithic character of towns.

But that doesn’t fit Middlesbrough over the past few decades, does it?  Economic decline and depopulation go back years here.

Well yes, up to a point.  But the town has long since been actually more ethnically diverse than most.  And, despite its economic decline, Middlesbrough began to welcome refugees and asylum seekers, and as a percentage of the population now has more than any other town in England. A sort of accidental diversity, as you might say.  And an asset for the future.

And while cynics might suspect that there is more flannel than substance to this government’s levelling-up agenda, it does at least seem that economic decline has been, if not halted, then at least interfered with. Combine the economic growth, however limited, with the existing diverse population and you start to get the kind of cultural mix that a city needs to flourish.

A place that can retain its talent

A city provides space for talented people. It has the capacity to retain its own and bring in others.  For Middlesbrough this is the ultimate challenge. Can it stem the net loss of creative and talented people and instead draw such people in from elsewhere? To be fair to mayor Andy Preston, he appears to be more sensitive to that than some others in the region. But there has been no breakthrough moment. This town still has some way to go in that respect.

A city does its best to look good.  Anyone looking across Middlesbrough now would accept that it is a work in progress, but hopefully most would acknowledge that progress so far has been fairly good.  There are a few caveats. The clock tower seems to be stranded in the middle of nowhere, and Anish Kapoor’s Temenos sculpture appears to have an unsightly electricity substation at one end of it (and someone needs to tell the owner of the burned-out cars in the abandoned scrap yard on Vulcan Street to take his rubbish somewhere else).

The acquisition of city status will help to attract inward investment.  Such investment is needed to recreate the town centre. As we witness the demise of the chain store, there is a need for vision and imagination to produce a centre that will serve the needs of the community in the future.  Are there people here with the vision and commitment to see that through?

An awareness of history

A city holds up a mirror to its past. The town’s attitude to this has, in recent times, been less than encouraging. Anyone who finds themselves on Vulcan Street will see a dilapidated stretch of wall with a couple of blue plaques on it announcing that here was once the Bolckow Vaughan Ironworks and Cleveland Saltworks. The overwhelming impression is of something that is wholly uncared for.    A forgotten past.

That renovation of the nearby Captain Cook pub is underway is more hopeful. The renovation of historic buildings is something of a rarity here. Renovation is expensive and requires commitment, and so much that could have remained that would be of historical interest has been destroyed.

To which has to be added the fact, that while this renovation is welcome, a pub does not reflect a town’s history in the way that other structures might do. The Transporter Bridge fulfils that much better, and that moves are afoot to preserve that is also welcome, and, of course, popular.  But signs of the industry that created the bridge are long gone. You have to go out of town to see what little remains.

The speed at which Historic England bestowed grade II listed building status on the Dorman Long Tower provided some scope for helping the greater Middlesbrough area to gain an appreciation of the significance of its history, and its contribution to industrial development across the globe, not to mention its rarity value as an example of brutalist architecture.  But the listing was rescinded by the Culture Secretary at the behest of Tees Valley mayor, Ben Houchen, and it is no longer standing.

Those that have sought the preservation of structures like the Dorman Long Tower demand that that region’s international significance in the nineteenth and twentieth centuries be perpetuated and remain visible to future generations. But there can be no denying that demolition is much cheaper than restoration and renewal.  And therein lies a warning for whoever wants to see the city status granted.

For some, the destruction of the tower was an unforgivable act of vandalism. Others loudly supported the demolition plan. But most were silent, acquiescent. Accepting of the idea that the future of the town be based on the philosophy of ‘only the cheapest is good enough’.  That’s small town.  You can’t build a city on the basis of that mentality.

(Anyone who wishes to pursue the ‘it was just a frigging eyesore’ argument against preserving the tower should spare a moment to consider the development of the Falkirk Wheel.  Falkirk is a town of similar size to Middlesbrough, once famous for its ironworks. The wheel has become a major tourist attraction, augmented recently by the addition of a sculpture of two horseheads nearby. Since opening it has attracted more than 5.5 million visitors. Its possibly unlikely success is the result in no small part to there being a serious shortage of anti-heritage bigots in the town on the one hand, and some political will to see the project through on the other).

For Middlesbrough to deserve the granting of city status, there needs to be commitment to preserving its past as well as securing its future. Preston, as civic leader, needs to be part of that.  Yet as one of the last great symbols of its industrial past was destroyed, he remained largely silent.

Demanding city status is one thing; deserving it is another. While it will always be a challenge, the town may have just moved one step further away from achieving that goal.