Sing out! A tribute to Nanci Griffith 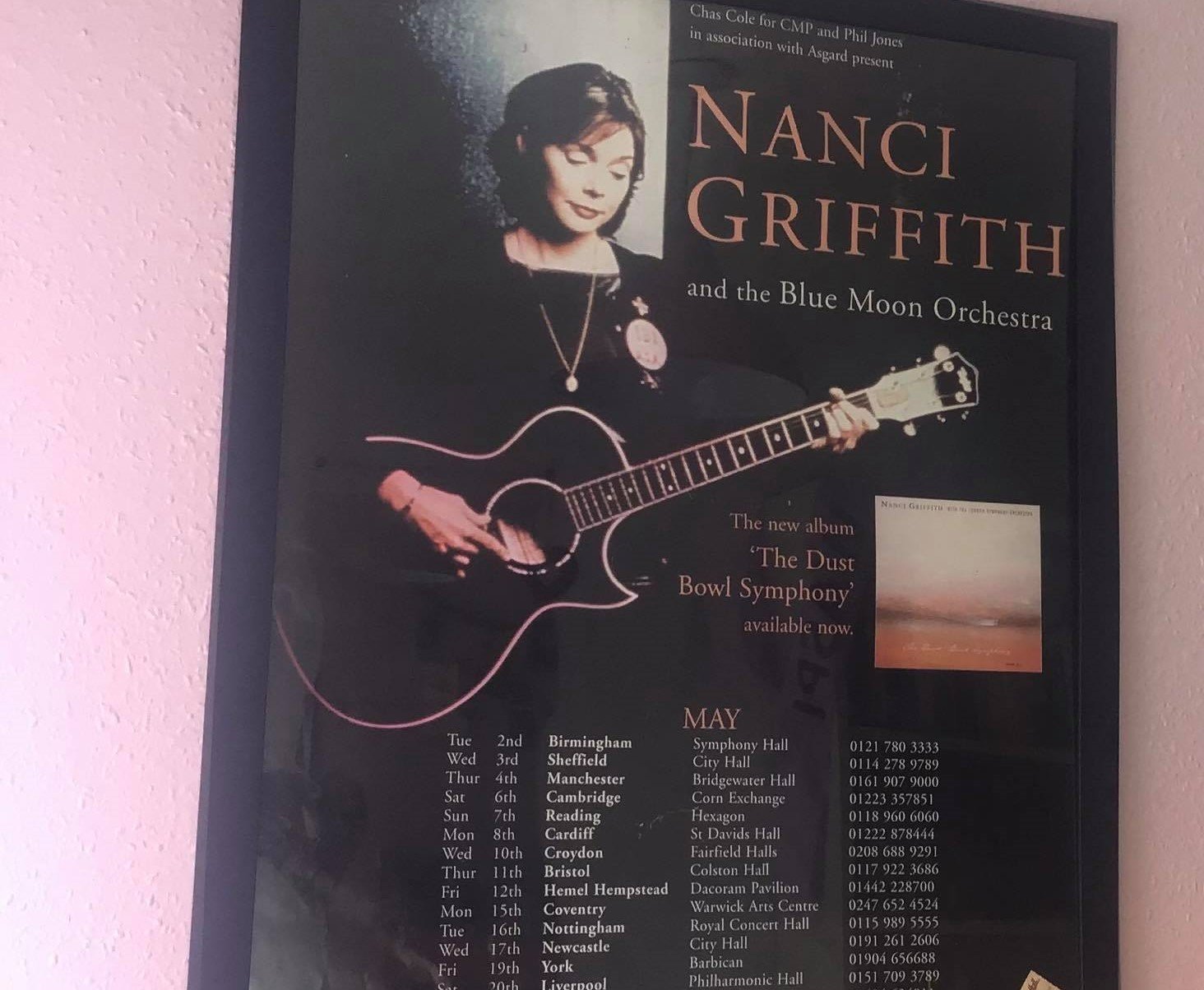 “Sing Out!” Nanci signed in my book as I caught her leaving a gig at Bristol’s Colston Hall in 2000; gracious, kind and very human. She was simply lovely. I did well that evening, acquiring a poster too as the promoters were switching materials.

I saw her again at the Royal Albert Hall with the London Symphony Orchestra – utterly sublime and a completely different performance – and twice more at  Gateshead’s Sage. Introducing songs with stories and by recognising songwriters and other artists, she celebrated through what could be learned from others. It was from Nanci that I found Kate Wolf, Woody Guthrie and rediscovered The Crickets.

“I need you to listen to this”

It was in a rented Georgian flat in the centre of Bath in 1994 that at an impromptu Saturday soirée post-afternoon in The Crystal Palace, education writer Mog Ball gifted me a first edition copy of her seminal text Education For A Change.

“I need you to listen to this” as in succession Mog played the epic love story of childhood sweethearts who dance closer through better, for worse and still survive in Love At The Five And Dime.

From Clare To Here is a beautiful interpretation of Ralph McTell’s song on the Irish diaspora which resonated so much with the student me on unfulfilling other people’s expectations.

Her haunting acapella Road To Aberdeen connected ancestral roots across oceans in genes and place, connecting people down the ages on the futility and poison of racism, for which there is no intellectual argument, across continents and communities and the frightening ease with which passed down to children in It’s A Hard Life Wherever You Go.

Nanci was a storyteller and interpreter of other people’s stories based in truth and time and history. She created stories of relationships, friendships and she carved characters into which she sung real life and human emotion. These are ordinary, recognisable, fallible and human.

Once in a Very Blue Moon someone comes along who touches our hearts and minds.

Using her musical platform to challenge racism and prejudice, speak against war and for human rights, Nanci did Sing Out!

If I had A Hammer which Pete Seeger was banned for years from performing in broadcast for being too socialist, she regarded an anthem, calling us to root in our values, share love for humankind and rise up together. She stressed the importance of picking up the baton and continuing to campaign for what matters; I picked up the education baton some years ago.

Nanci taught a common humanity inspiring respect, understanding and peace.  A gentle yet powerful voice for change and a huge, early influence in shaping my values and moral framework, long before I learned to use my own voice.

Sing Out! She did.

Sing Out! We must and I will.