On the face of it Rishi Sunak's Budget might sound ok. However, will it deliver the promises of 'levelling up' in the North East? 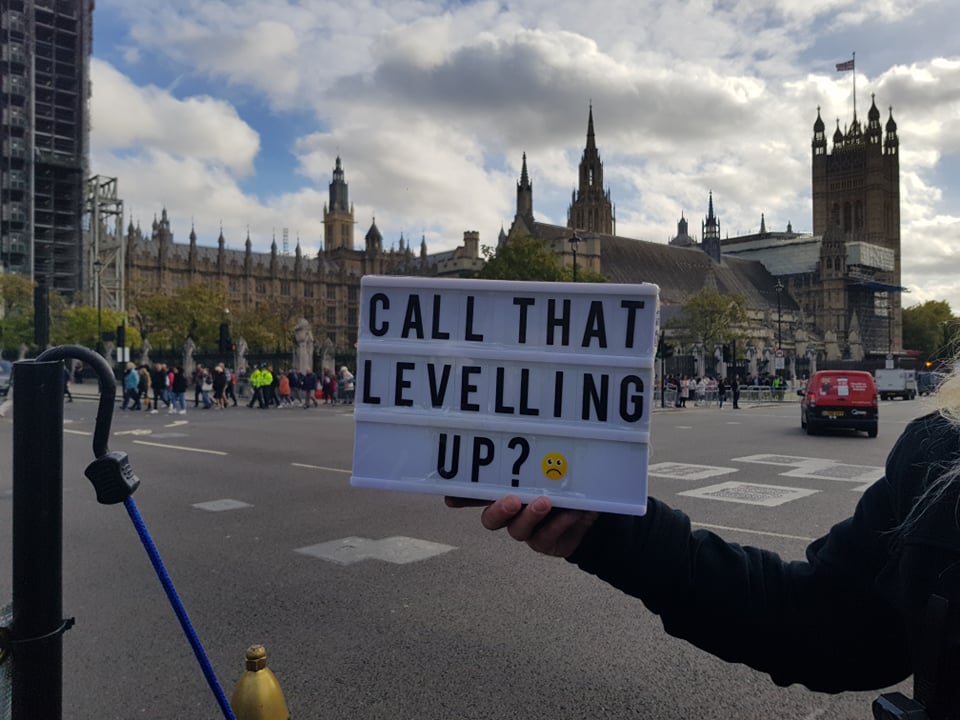 levelling up Photo by Sylvia Zamperini. Used with permission.

Simon Clarke, MP  for Middlesbrough South and East Cleveland and Chief Secretary to the Treasury has said that today’s Budget will have ‘levelling up’ for the North running through it like “golden thread”. Photo by Sylvia Zamperini. Used with permission.

“hasn’t even delivered his Budget yet and it’s already falling apart”.

“We face an urgent cost-of-living crisis. Prices are up in our shops, at our petrol pumps and on our heating bills. Families and businesses are waiting and hoping for the Chancellor to take the action that they need and which our country desperately needs, but the Chancellor hasn’t even delivered his Budget yet and it’s already falling apart.

“In recent days we have read thousands of words about what the Chancellor plans to do, but the silence is deafening on the soaring bills and rising prices facing families and businesses.”

And this comes against a background of increased National Insurance contributions, cuts to Universal Credit and the loss of EU funding to regions like the North East.

“This government doesn’t understand the meaning of ‘levelling up’ as the Chancellor’s budget does little for the poorest in society, choosing to reward banks over and above struggling families. Here in the north east of England we have record levels of child poverty whilst rising energy prices will push low income families into energy poverty this winter.

“Women trying to put food on the table and clothe their kids don’t need cheaper beer or a cut-price gas-guzzling flight to London, they need higher in-work benefits, greater social protection and help with caring responsibilities. Pensioners will also lose out as the Conservatives abandon the sacrosanct ‘triple lock’ on the pension. Compared to other European countries the UK already has a shockingly low level of state pension.”

“The Chancellor also failed to mention the devastating impact of Brexit on our economy. Even though Rishi Sunak hasn’t done his sums properly, the Office for Budget Responsibility have reported that leaving the EU will shrink our GDP by 4% whereas the pandemic is responsible for a 2% reduction in GDP. All this from a government comprised largely of wealthy, privately educated individuals, many of whom have benefited from our country’s misfortunes by playing the stock market and/or fast-tracking their mates through government PPE procurement.”

A group of North East citizens are protesting in London today. They are displaying placards with messages such as

“Call that levelling up?”

“Levelling up might sound like a good plan. It is particularly needed for my area, the North East. However, what we really need is specifics, details, actual numbers and amounts of funding. I am concerned that this will be unclear, hidden and not shared fairly to the regions that need it.”

Interestingly Sunderland has been named as one of the places that will receive ‘levelling up’ funding in the first round.

We will be watching this carefully.