Soaring youth employment in the UK: now is the time to find a NEET solution

Till recently NEET young adults at the bottom of the skills employment spectrum have 'churned' or moved backwards and forwards between badly paid, insecure and precarious jobs - some in the informal economy and being out of work without the underlying causes being addressed. 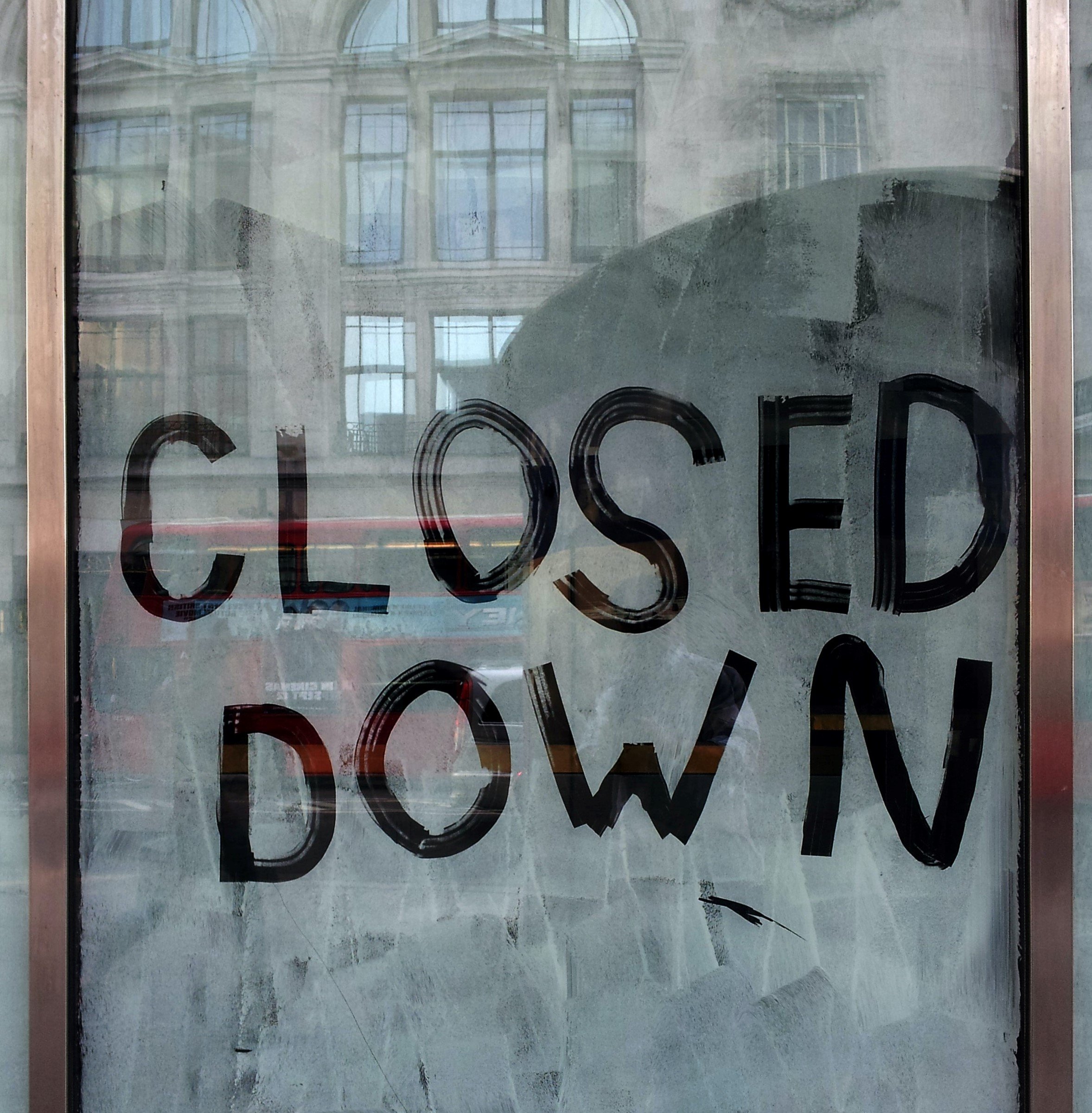 Photo by Marco Bianchetti, on unsplash

Youth unemployment both in the north of England and elsewhere is soaring. Our million youngsters aged 16 to 24-years are likely to be jobless or NEET (not in education, employment or training) by Spring 2021. This is higher than the level reached during the great depression of the 1930s, the economic slump of the early 1980s and the global financial crash of 2008.

The youth unemployment rate in the UK remains higher than in several comparable economies like Germany or France. Regional differences are significant, with the North East, which traditionally relied on manufacturing, having more people outside paid work and formal further education than anywhere elsewhere in Britain. Youth joblessness rates vary between particular towns. The de-industrialised, ‘red wall’ towns of Blyth in Northumberland and Stanley in Co. Durham have been hard hit with youth jobless rates over 15% compared to the commuter market town of Corbridge with a jobless rate less than 1%!

Even within a post-industrial city like Newcastle-Upon-Tyne, which has experienced rapid economic growth in the last decade or so, there is a striking youth unemployment rate between deprived electoral wards like Byker (16%) and the more affluent suburb of Gosforth with a jobless rate of 1%.

Despite central government support the city has seen a very steep rise in both unemployment. The claimant count, a more reliable way of measuring unemployment, stood at 9,305 earlier this year. By September this had risen sharply to 15,815 – a staggering 68% increase. The impact has fallen on young working -class young people living in the most disadvantaged neighbourhoods. The claimant count amongst 16 to 24-year olds has soared by 89% since February 2020.

Although the NEET population includes recent jobless graduates, youngsters waiting to begin an apprenticeship or 18-year old students taking a ‘gap-year’, the Huddersfield University expert Prof. Robin Simmons argues it is those from the most disadvantaged backgrounds who are most likely to spend a long extended period outside paid employment.

Historically, young working-class women were more likely to be NEET, especially after the age of 18. According to the government’s Social Mobility Commission this has changed in the last two years. The proportion of men aged 16-24 who are workless is now higher than for women.

Jobless rates also differ between minority ethnic groups. In Britain’s core cities the rates are highest for young people from Pakistani and Bangladeshi backgrounds. For instance, the BAME jobless rate for the over-16s continue to be higher in the north-east (11%) and Newcastle (10%) compared to the English average of 7%. In nearby urban towns it is white youth, especially white working -class men, who are more likely to be NEET than those from other minority ethnic backgrounds. Research conducted by the Equality and Human Rights Commission in 2015 noted that working-class white boys were more likely to under-achieve at school than those from more well-off backgrounds.

NEET rates amongst the young disabled, a group to often overlooked by policy makers, is strikingly high. According to Frances Ryan in her important book, ‘Crippled: Austerity and the Demonisation of Disabled People’ (2019), less than one in 10 young adults with learning disabilities or special needs are in a paid job or some form of recognised further education.

For Simmons and Ron Thompson in their ethnographic study , ‘NEET Young People: Learning at the Margins’,

These young people are more susceptible to social isolation, poor self-esteem, low confidence, and ‘various limiting illnesses’ and mental health conditions. New Princes’s Trust research reveals that 44% of 16-25year olds say that their ‘aspirations’ for the future are now lower as a result of the COVID-19 pandemic. Almost a half (48%) surveyed are worried they will never get a paid job”.

NEET youngsters are more prone to poverty, homelessness, involvement in street crime, anti-social behaviour, drug abuse and vulnerable to long term adult unemployment. As Simmons et al note there is a significant ”scarring effect” associated with being out of paid employment for a long period of time lasting more than 18 months.

Young adults who are permanently excluded from the labour market are less likely to engage with the democratic process. Very few vote in local or general elections. A large number, living in inner-city neighbourhoods, have an entrenched institutional distrust of government with worrying signs that a minority may be prone to ‘radicalisation’ from extremist groups or movements.

The long-term impact of this situation is considerable- not only for the youngsters concerned, but the economy and society more generally. Lost tax receipts, increased social security payments and other forms of mental health and social welfare will cost the UK economy millions.

Till recently NEET young adults at the bottom of the skills employment spectrum have ‘churned’ or moved backwards and forwards between badly paid, insecure and precarious jobs – some in the informal economy and being out of work without the underlying causes being addressed.

With the UK recession deepening this group is fast becoming a ‘lost generation’ or in the words of former PM Gordon Brown a ‘Covid generation’ without any real hope of securing a proper job.

Although the latest ONS figures aren’t able to reveal the full impact of the COVID-19 crisis on existing youth jobs, recent research from the independent  think-tank, the Resolution Foundation, noted that a third of 18 to 25-year olds had either lost jobs or been furloughed. It predicted youth unemployment rising by 600,000 by Christmas .

According to the Institute of Fiscal Studies (IFS), one third of the labour force in vulnerable sectors of the British economy like retail, hospitality, leisure, tourism, arts and culture are under 26. To date, 1 million employees, known as ‘quaranteens’, have been furloughed.  With coronavirus restrictions tightening coupled with Job Retention Scheme being gradually withdrawn, hundreds of thousands will lose their jobs. The youth labour market is on the verge of a virtual collapse.

In the short-term, there’s a clear need to revive the old Community Programme of the 1980s which helped shape New Labour’s Future Jobs Fund in 2009. These programmes (lasting up to a year) did provide valuable paid work experience in energy conservation, environmental protection and heritage and led to permanent jobs.

On their own, such programmes though key, will not have long-lasting socio-economic consequences for both the economy or wider society.

Some form of a ‘Youth Income’ or a ‘Youth Resolution’ as suggested by Martin Allen and Robin Simmons, to give young people a take in society and the democratic system, needs to be introduced in partnership with the business community, trade unions, local authorities and the Third Sector.

A far-reaching programme, based on the post-war Marshall Plan, is needed to provide the job opportunities required both the north and Midlands. An extensive twenty-first century ‘Keynesian-Style’ programme of public works – restoring homes, green construction, engaging environmental initiatives and improving the regional and national infrastructure would go some way to tackle youth unemployment and help to bridge the opportunity and aspiration gap.

Princesses and make-up at the local virtual Xmas market: Part 2