When the war started, I was only four years old, so I don’t really remember much about Christmastime until about 1942...

by Jim Walker
in UK 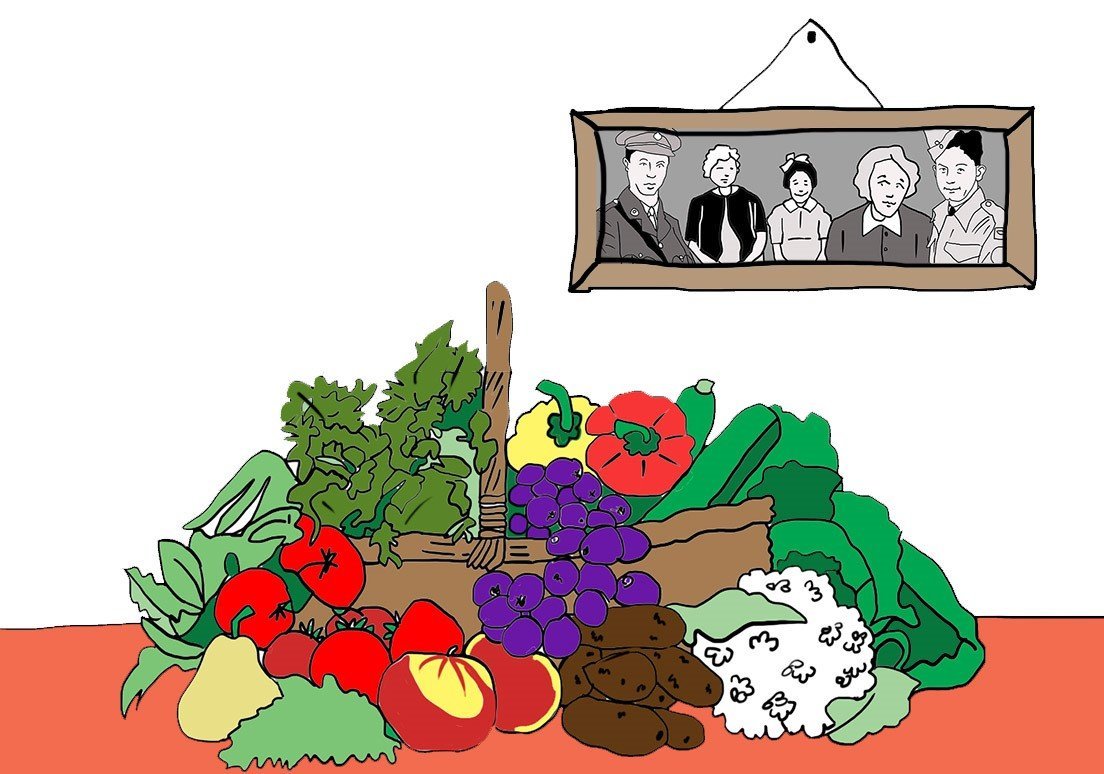 When the war started, I was only four years old, so I don’t really remember much about Christmastime until about 1942.

We had a big house and a big garden.  My Uncle John was away serving in the navy, so Meg, my mother’s sister, and her son David came to live with us; David was just six months younger than me.  My mother’s other sister had been bombed out, so she was also staying in the house; her name was Gertrude, but she didn’t like that name, so we always called her Gee.  And my grandfather, whom we called Bampy, was with us as well.  So, with my two brothers and one sister, that made ten of us in permanent residence during the school holidays.   At Christmastime, my mother’s three brothers and my Uncle John sometimes got leave from the RAF and the navy and so they were there as well – quite a crowd round the Christmas dinner table (or, rather, ‘tables’, because the adults would sit at one table and we five children at another).

My father was a doctor, with both a rural and an urban list of patients.  This was in the days before the National Health Service, so doctors charged fees for their services. But sometimes my father would accept fees in kind: a turkey, say, or a leg of pork or some other kind of farm produce. Also, as I said, we had a large garden, so we kept chickens and bees and always had plenty of eggs and honey.In the garden were apple-trees, pear-trees, cherries, plums, damsons and mulberries and a bed of strawberries; and my father grew grapes in one of the two greenhouses, so we were never short of fruit – or of vegetables, because at the beginning of the war my father dug up the grass tennis court and added that to the area in which he grew potatoes, onions, cabbages, cauliflowers, peas, beans, asparagus and various root vegetables.

So – back to Christmas. When we woke up, we’d find a pillowcase on our bed, full of goodies: fruit (no oranges or bananas, of course: we didn’t see them until the end of the war), little presents, sweets and so on. Then my father would take all of us children with him as he did the rounds of the wards at the local hospital.  One year, I remember, we came back very excited: “Mummy, Mummy, Daddy kissed Sister Jackson!”; you have to remember that that was in the days when kissing non-relatives in public was definitely not as commonplace as it is today.

On return from the hospital, we’d open our main presents.

Then Christmas dinner.  My mother was an excellent cook, so dinner was always wonderful – and plentiful, for the reasons I’ve already explained. One year (1942, I think) my mother had bought a drink called ‘Ye Olde English Cider’, thinking that cider is just a fancy name for apple-juice. A small bottle was given to my cousin David and a small bottle to me. After a while, David said, “I feel funny: the room’s going up and down” and I replied, “No, it’s not: it’s going round and round.”  We were put to bed for the rest of the afternoon.

After the war, things became much quieter: Gee returned to her flat up the road; Meg and David went back to their house near Cardiff; and Bampy died.  So our Christmases became cosier family-only affairs – just my father, mother and we four children. Then, in 1948, we took to going to Switzerland for Christmas; or rather, when I say “we”, I mean my mother and we four children: because of the difficulty of getting a locum at that time of year, my father had to stay at home.  So the last full family Christmas that I had at home was in 1947, when I was twelve.