David Walsh writes about on the science fiction T-City Trilogy by Mark Aldard and its relevance then and now. 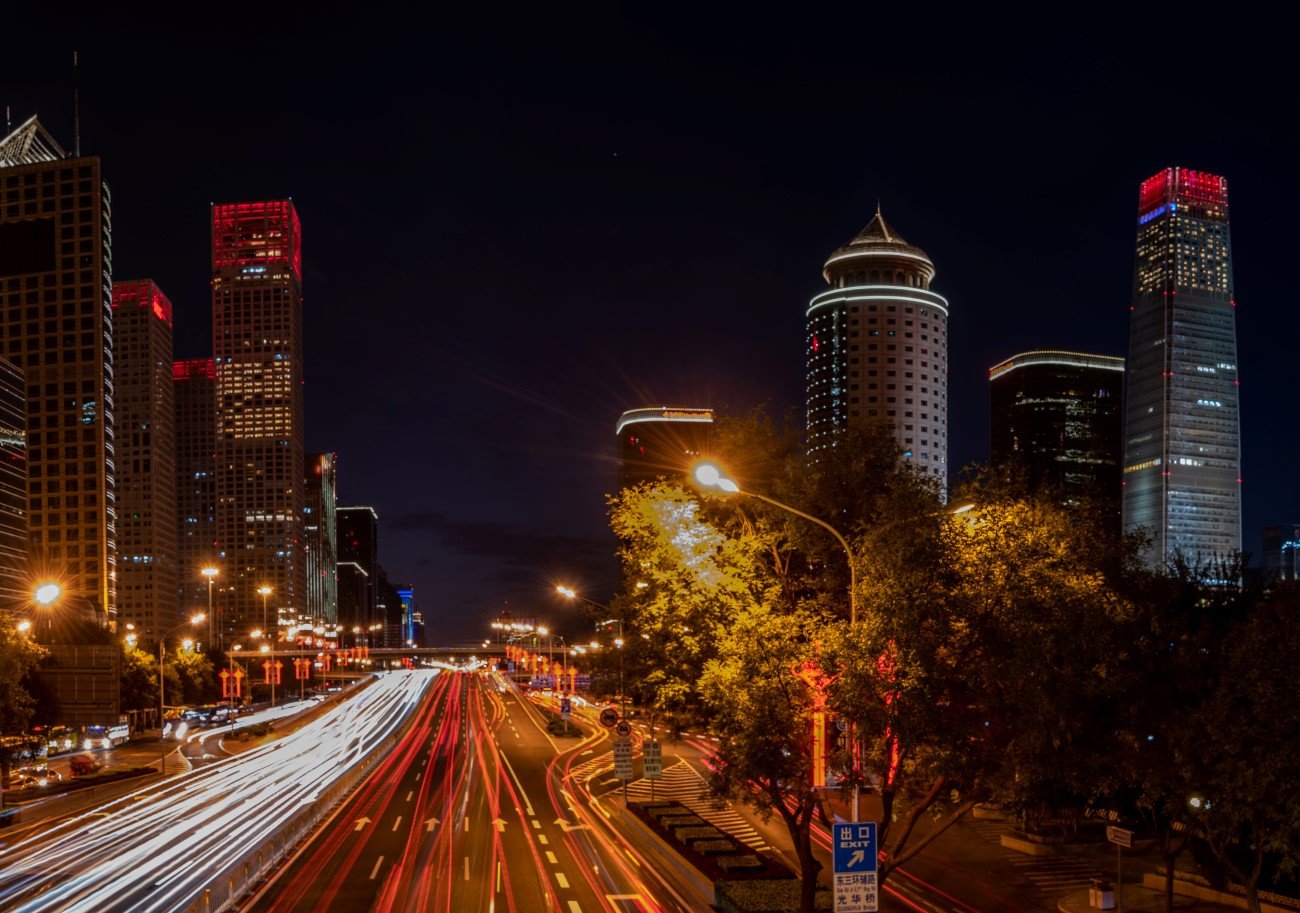 Science Fiction and the NE Regional Dream of the 1970s

Picking up from Part 1 on the mysterious Mark Adlard and his T-City Trilogy, and drawing on an essay by one science-fiction critic, Joachim Boaz, from who I quote extensively, these novels concern T-City, a 22nd-century megalopolis covering the entirety of the North East coastal strip between the Tyne and the Tees. Like earlier works by Newcastle bird of passage Yevgeny Zamyatin, the domed (and doomed) city is a powerful scenario to explore a cornucopia of future social issues such as conformity, technology, and class, as Zamyatin did in his We.

Where once in the real world, the UK’s steel industry pulled its weight in politics and importance, in the dystopian future it’s the Stahlex Corporation that has taken over as the sole political and economic power of the region, based on its control of the mining and production of Stahlex. This is an all-purpose carbon-based material handily created by iron ore and magnesite from the region formerly known as Hartlepool, but which has become an all-embracing transformative catalyst both for T-City and the rest of the globe, as the Stahlex Corp masters the “new alchemy of manipulating atomic configuration in order to produce materials for specific purposes”.

For T-City (the T representing Teesside, with Tyneside a mere adjunct) it exists in a future where the masses live a basic, but zombified existence fed by touch screens, feelies and rationing, with by equitably shared pleasures like tickets to local plastic pubs and clubs. Meanwhile the ruling elite, comprising of a handful of executives of the totally automatic Stahlex plants enjoy higher, unimagined pleasures than those experienced by the great unwashed who live in the mile-high Stahlex ‘Bee-Blocks.’ While the masses can only afford to visit the Pleasure Dome and the virtual reality scenes created by the Exotic Scenarios Corporation a few times a year, the executives visit daily – desperate for an adrenaline rush of short-lived “new” experience.

T-City kills. Suicide is a widely prevalent, frequent occurrence, but no-one seems to know why. That said, the biggest threat comes from the masses trampling one another, as:

“trampling had overtaken senescence as the main cause of death amongst the Citizens”.

There are a handful of evocative and disturbing scenes involving the implications of such a death; after one such trampling, an automated scavenger system after curfew is sent to retrieve the victim, but recovers only “rags and tatters’, the body itself dispersed by the stampeding of thousands unable to stop progress down the vast racing travelator corridors under the fake sky, itself fashioned from “an umbrella of blued Stahlex”.

Such a fate will not be shared by any executive, who modify and update their bodies via genetic engineering:

“Their skin was so tightly stretched across the swelling craniums that it looked as if it would split, and the outlines of sutures and trepanning operations were clearly visible.”

Most executives wore toupees to hide the evidence of neuronal amplifications, but CEO Joel Steinberg displayed his surgical blemishes “as proudly as Heidelberg duelling scars”.

The plot follows the life of the young executive Jan Caspol. He worries. Small errors appear in the readouts of the Stahlex Corporation, and shipments are rejected by other city states as ‘imperfect’. There is an inchoate revolt afoot but no-one else seems to see it. Rather, the executives ruminate about their own individual obsessions, such as the joys of Newcastle Brown Ale and how technology has made alcoholic recreation possible. Caspol meets a mysterious woman at the Pleasure Dome and he pursues her with abandon… And everything moves towards a cataclysm that will sever the interface between humankind and machine. The Stahlex Corporation executives are oblivious to the changes occurring within the city and thus the “revolt”, the realisation of which becomes clear only in the last few pages.

Adlard credits at least a portion of the T-City concept to Fritz Lang’s expressionist epic ‘Metropolis’ (1927), and such a comparison presents itself without too much difficulty. The revolt is led by Joel Steinberg’s son Paul, and there are echoes of Wells and Olaf Stapledon, too.

VolteFace, the second book in the trilogy, is largely devoted to the ‘new therapy’ devised by the Executives to keep the T-City minds suitably distanced from a recourse to inconvenient insurrection. A ‘new therapy’ that involves the introduction of deliberately inefficient handicraft business ventures, based around the twentieth-century model, but providing daily employment, is trialled. Other distractions include enhancing the sexual pleasures of those living in the Bee Blocks through genetic engineering, although Adlard, in an echo of the real-life 1970s’ Tyneside developer T. Dan Smith (notably a censorious man) treated the ins and outs of this very coyly indeed, probably to the amusement of the nerdish sci-fi readers of those past years.

One overriding motif is authoritarianism, a mixture of middle-class 1950’s values and the outlook of steel industry managers of the time (and I had my share of them) voiced through one T-City history enthusiast amongst the Executives, observing:

“the situation in industry and politics was absolutely hopeless, and it became clear to everyone that we couldn’t afford to let ordinary people have any say in how things were organised. There used to be industrial strikes, sabotage of computer centres, demands for ‘equal privileges’ and similar illusions”.

Extending such a contention to cover the whole trilogy it seems possible that some kind of analogy is being attempted, and that in this light T-City becomes a vast monolithic version of a dark Welfare State. Indeed, one worldly wise, cynical Executive, points out that:

“people with little capacity for general education, and without required skills would soon have ample leisure, although they were the very people least fitted to occupy their leisure… the better-educated minority, who could have used their leisure to good effect, would be deprived of such activities because they would be part of a managerial class, and be forced to work longer and longer hours in an attempt to direct an unappreciative population”.

Adlard’s central thesis is that of what he titles the ‘Denaissance’ – the atrophy that has rendered the entire T-City population – high and low alike – as being creatively utterly barren. MultiFace, the final instalment of the trilogy, goes into the origins and problems of the Denaissance.

Unlike Orwell’s vision of the future being “a boot stamping on your face forever” as evoked in 1984, the North East Denaissance seems to be a gradual retreat into a stasis that stretches into a measureless future, and the creative energies that had created the T-City powerhouse. This included the dominance of Stahlex as an all-purpose material that can build the impregnably strong Bee-Blocks and which veneered, could furnish them. Being soft and silky, they could clothe one for an indoor world under a forever clear blue Stahlex sky and transparent walls that can show “the never peaceful, dark-grey North Sea” breaking on the shallow cliffs of what was in a previous but long forgotten world once Hartlepool, Seaham or Tynemouth.

Caspol rejects rebellion and embraces life in the fast lane as a rare car owner burning up the Tarmac strip of the old A19 with a Stahlex “flicker knickered” dolly from a pleasure dome.

All a long way from today’s North East, or from the likes of T. Dan Smith, whose world was to come crashing down in the dock of Wakefield Crown Court. Well of course; but T-City in a sense is with us, but not here, but in the flat plains of China, as megalopolis follows megalopolis. These house a vast population of new factory hands, a teeming army of the children of the peasant villages of the East being herded into endless sheds to make tawdry consumer products for an atrophied West.

It is a supreme irony that I would be unable to easily write, compose and research this piece without the back-breaking monotony of toilers in some anonymous long hive in somewhere like Chongquin. Even more ironic, they develop, code and fit the software to enable Google’s ‘Streetview’, but outside of the centre of Beijing and downtown Hong-Kong it is blocked in the Republic of China – so any view at ground level of these ‘Bee-Blocks with Chinese characteristics’ are hidden forever.

Unlike the conscript labourers of the Soviet ‘shock cities’ of the 30’s and 40’s, this is a nudged transfer of population rather than one enforced by a KGB or a rifle muzzle. But however velvet, it is still an act of coercion and oppression – as the Uyghur population know to their utter discomfort as they are herded into re-education camps housing thousands.

T-City is thus, not so far away after all.

The Tragedy of Macbeth