Visions of the future from T. Dan Smith and his 'lesser known Teesside twin', Tim Thornton, through to sci fi fiction in the North East.... 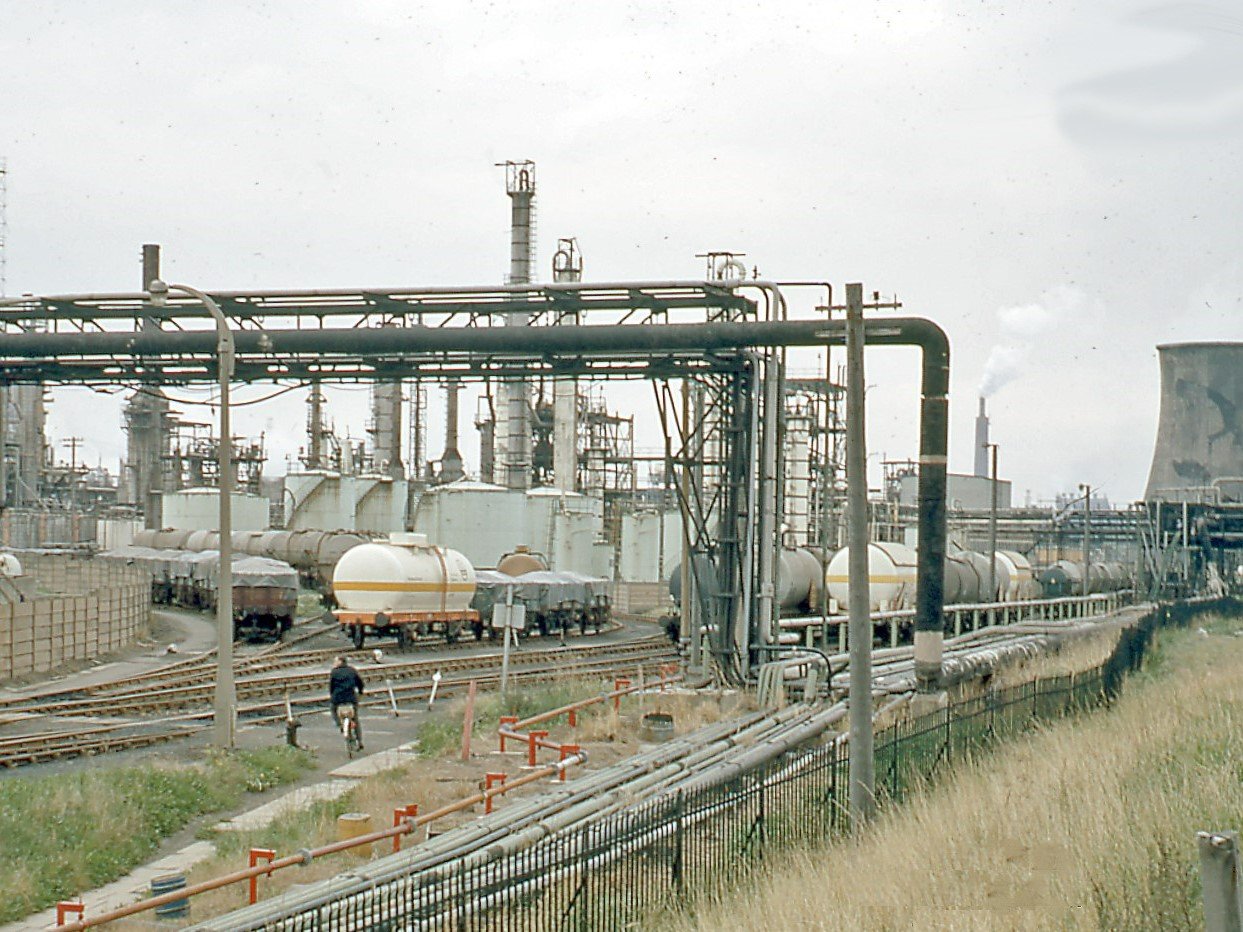 It’s still surprising how only 50 years or so ago, the concept of the North East as a throbbing, pulsating city region leading the UK was still coursing through the DNA of many politicians and writers. Pre-eminent among them, of course, was Newcastle City Council’s T. Dan Smith (the ‘T’ was his US style affection) who had moved from birth in a Wallsend terrace to wartime dabbling with Trotskyism and leading an apprentice’s strike at Swan’s.

A “revelation of togetherness” in T. Dan Smith’s autobiography

In his ghost written autobiography (a signed copy is still on my shelves somewhere) he talks of taking off on one his many journeys by BEA from the Airport he created to meet with ministers in London. As he looked down on the ‘familiar vista of the Tyne, Wear and Tees’ (at a time when the majority of people in the region had yet to set foot in a plane cabin) he reflected on how:

“as we brushed the low-lying cumulus, the whole of the North-country offered itself to us. Towns and moors, rivers and forests, coasts and lakes. Counties cut down to size and parochial jealousies ironed out. If ever there was a revelation of togetherness, this was it. We of the North were not just town or country or city dwellers. We were people of a region.”

“Nature has a way of integrating its own objects into the landscape. Can we do this consciously as human beings? Of course we can. We can give just as much attention to a street lamp, or a litter bin, or a bus station, or a bus shelter, or a house, or the colour of a house, or the colour of a brick … These details are essentially in the mind of the artist and this is why I need to try to direct the discussion towards the creation of a city in the image of Athens and Florence and Rome.”

Smith was partnered in this by his lesser known Teesside twin, Alderman Tim Thornton, a local planning solicitor who had also been entrusted – unwisely perhaps – with becoming planning and development chief of the new Teesside County Borough.  Forever pictured car coated and string gloved driving his top of the range Rover to meet with Teesside’s industrial movers and shakers, he held similar dreams and ambitions.

None of this was to either of these men idle whimsy. For Smith, a Labour machine man, the Wilson Government in 1964 spelt the end (as it did for this 16 year old) of the dominance of old money and the hegemony of London and the landed estates, with the rise of the regions, and the reality of the ‘white heat of technology.’ If this also benefited Dan, with a Jaguar with the private plate “DAN 68”, educating his children privately and purchasing a pied-à-terre in St James’s, London, all that was incidental.

I must add that I knew Dan, and despite his self-centred solipsism, he could be an entertaining companion and an erudite political teacher.

Teesside in particular, odd as it may seem now, was the leitmotif of this new North East boosterism. This was based more on industrial technology than Smith’s favourite Scandinavian styled city centres. Under industrialist Sir Monty Finniston, the British Steel Corporation was envisioning a future where large-scale modern plants – with by far the biggest being on the Tees Estuary – would be churning out 30 million tonnes of plate, slabs, coil and strip a year. Blast furnaces would be fed too by nuclear reactors (not sure that was totally a wise mixing of technologies).

In chemicals, the dominance amid the world’s giants of ICI was underpinned by their plants at Wilton and Billingham, and the first landing of North Sea oil and gas at Seal Sands from the Ekofisk field spurred a frenzy of inward investment by petrochemical development from global players, all along the salt marshes, all of it welcomed almost orgasmically and utterly uncritically by the plummy voiced, ex-army commissioned officer, Thornton (see film clip ).  Little wonder that on a visit to Teesside to celebrate Britain’s sign-up to EU membership, Economy Commissioner, Wilhelm Haferkamp, could say:

All this was reflected in regional writing. This goes back some way;  for reasons unknown, the distinguished Huxley family, decided that their gifted and artistic son Aldous Huxley should be inducted, after Balliol and teaching at Eton, into, of all things, the mysteries of chemical engineering at the Brunner Mond factory at Billingham. So, against a backdrop of cooling towers, tendril like pipework and huge metal sheds, in stepped young Aldous and he was transfixed.

Being then almost brand new, it was on the cutting edge of industrial technology, and he is known to have taken copious notes of the equipment and processes he saw. The introduction to one of the more recent editions of his resultant novel, Brave New World, that great dystopian vision of the future, states that the Billingham visit was his inspiration.  As if evidence is needed, Mustapha Mond, a character in the book (and Resident World Controller of Western Europe, no less), takes his surname from Sir Alfred Mond, one of the founders of Brunner Mond / ICI.   Huxley, by the way, was far less impressed by Middlesbrough, which in an article for the Pall Mall Gazette (no real circulation in the Boro thankfully) he described it as:

“a fungus, like Staphylococcus in a test tube of chicken broth.”

(At least, no mention of smog, mind).

And now we come to how at least one sci-fi writer from the region, the now forgotten Mark Adlard, saw the North East in 2190.  Adlard is a man of some mystery. Born just up the road from Seaton Snook, near Hartlepool, if he is still alive, he’d be in his late 80s – but no-one knows if he is still with us.

There appear to be no photographs of him around or accessible online. Like Huxley, he may have been offered glittering prizes as a student, spending time at London University (BSc), Trinity College, Cambridge (M.A. 1954) and the Department of Education at Oxford.  But, his limited biography says, he ended up in management positions in the steel industry on Teesside – and this was the setting for his regionally based sci-fi three novels – InterFace, VolteFace, and MultiFace.published in the early 1970s showing how the dreams of men like Smith and the optimism of limitless technology could become the ashes of a heartless dystopia.

More on these enigmatic local pulp fiction novellas in Part 2.