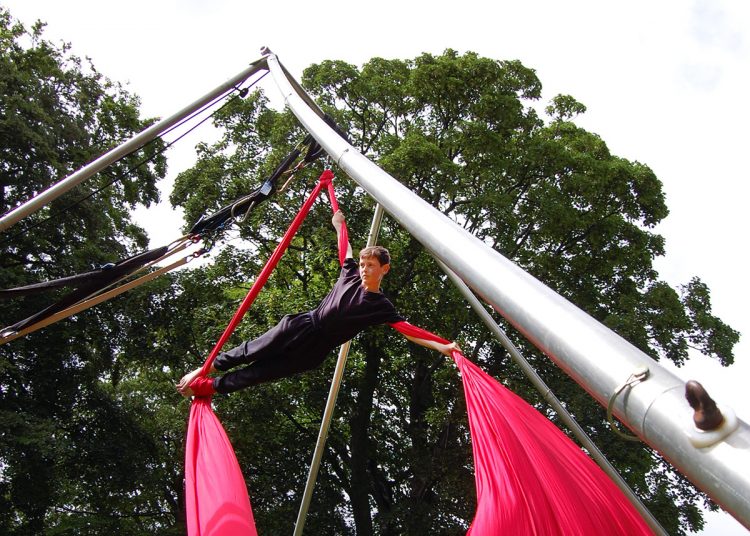 Creators of this year’s South Tyneside Parade won’t mind if people think of some of it is rubbish – because that’s what it will be.The event on Saturday 2 July is returning for the first time in two years, with more than 30 groups taking part in the colourful carnival themed extravaganza.

And among the spectacular floats that have been built especially for the day will be a very special display – made entirely from recycled junk.

Carnival experts, Creative Seed, which stages the parade every year, has been gathering plastic milk bottles, drinks cans and crisp packets to use in what it describes as “an intriguing structure” which it promises will “surprise” everyone who turns out to watch the parade.

“We have been working on it for a very long time.

“It’s been a long job to collect all the materials but I think everyone will agree the results are fantastic.”

Although only one float is made almost entirely of recycled materials, Creative Seed has also tried to include a recycled element throughout and reused previously products and fabrics wherever possible.

Other floats will include a neon flower themed offering complete with a field of moving flowers, a carnival peacock and a huge piece themed on colourful carnival costumes.

“These are definitely the best floats that we’ve ever had in the parade.

“We think everyone will be totally blown away when they see them.”

The parade will leave South Shields Town Hall at 12.30pm. It will then continue down Ocean Road, Sea Road and to Bents Park where the entertainment will continue. Once at the park, visitors can enjoy a whole host of live entertainment including music, dance performances, an aerial act, live music, interactive walkabout characters, craft stalls, children’s crafts and face painting.

Councillor Joan Atkinson, Deputy Leader of South Tyneside Council, with responsibility for Culture, Leisure and the Visitor Economy, said that the parade should provide a spectacular launch for the festival

“The parade is always a great event and it’s every exciting to hear that we are going to see some of the best floats ever, particularly when we know how high the standard is every year.

“It will be a great day after an absence of two years and an opportunity for all the community to come together.”

Gazumped in a most unusual way: welcoming refugees at Haverton Hill Hostel

Gazumped in a most unusual way: welcoming refugees at Haverton Hill Hostel