Stand with Ukraine demos took place in Newcastle and Hexham today. A lot of support was shown by passers-by. 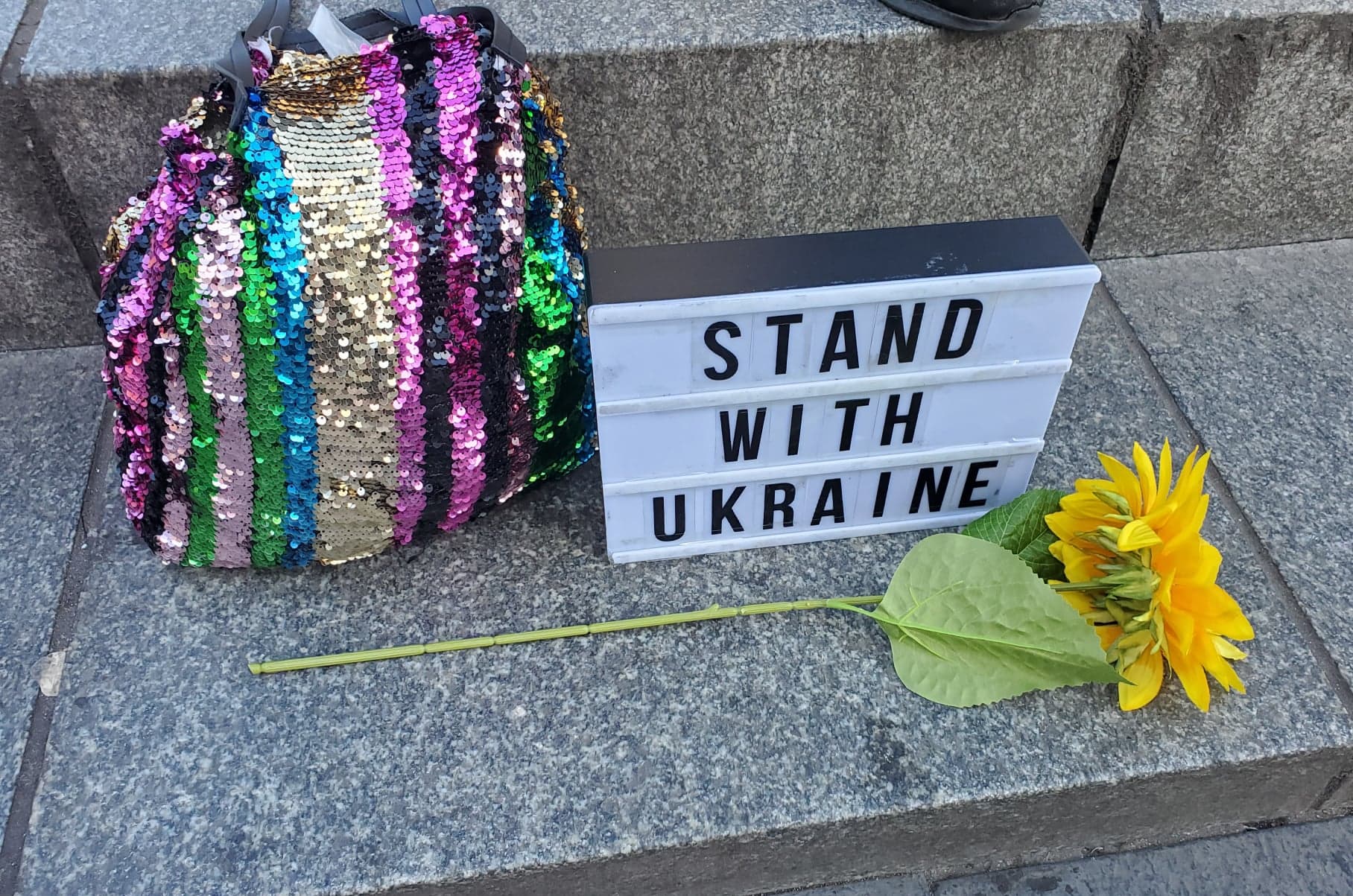 I attended a ‘Stand with Ukraine’ demo in the centre of Newcastle this afternoon.   Ukrainians and supporters held placards such as ‘Stop Putin’ and ‘Close our Sky’. Some held up QR codes where people could scan them and donate money to help the plight of the Ukrainian people. There was also a woman offering cakes and knitted ribbons in the iconic blue and yellow colours of the Ukrainian flag on in return for donations.

Most passers-by of all ages were extremely supportive of this demonstration and came up to lend their support. Emotions ran high, however, when two men shouted over that “it was all a conspiracy theory and Russia was there to save Ukraine”. Some of the protestors quickly corrected them and told them the reality of what was happening in their home country – this was not an invasion they had chosen.

They explained it was Putin’s war not Russia’s war – a president hell-bent on conquering territory he sees as rightfully his. In fact there were some Russians attending the protest today to show support for Ukraine.

One woman who was originally from Ukraine but has lived in Newcastle for ten years now, was driven to tears while talking about her mother back in her home country who she was deeply concerned about.

There was also an event held in Hexham earlier today where the main theme was ‘Waive visas not flags’ to highlight that the UK should be cutting red tape to let a lot more Ukrainians in as other European countries are doing. Sunflowers , being the Ukrainian national symbol, were proudly displayed outside Hexham Abbey today.

The organisers of the Newcastle ‘ Stand For Ukraine’ Demo say this is a regular event that is being held every Saturday at Grey’s Monument from 2pm. They would really appreciate the support of the local community if they were able to attend and/or donate to the cause.